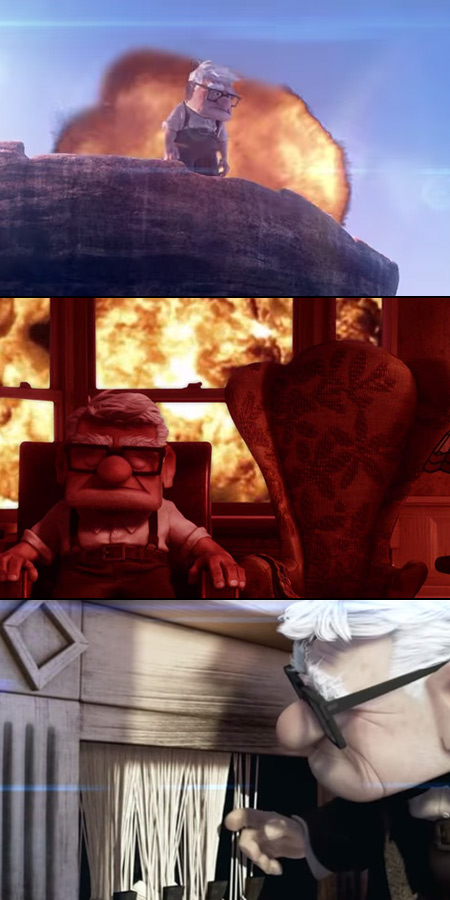 If Michael Bay directed “Up”, it would probably have lots of explosions, tension, lens flare and more explosions. This clever fan-made trailer was put together by YouTube’s “MrStratMan7”. On a related note, did you know that during the production of Up, Pixar’s Animation Department produced an average of 4 seconds of animation a week? Or, that Pixar animators consulted with a real architect to learn about home foundations to make the lift off of Carl’s house more realistic? Continue reading for Disney Pixar’s “Upular” remix video.

Speaking of cool facts, the knots connecting Russell’s rope between the garden hose and his backpack on the tether are real functional knots. There’s a rolling hitch used to secure the rope to the garden hose, and three-half-hitches connecting the rope to the carbine on his backpack. Both of these knots would have been something that Russell learned as a real Wilderness Explorer.

Machines Are Normally Used Achieve This Level of Detail, But This Person Only Used Their Hands