The problem with most high-rise rescues is that many times it’s too dangerous for even helicopters, much less emergency workers, to reach the victim(s). Introducing NET GUARD, an autonomous UAV drone system created by students in Guangzhou, China. It’s mainly designed for high-rise fire emergencies, and when a distress signal is received, it uses GPS to pinpoint the exact location of the fire before deploying. Continue reading for more pictures and information. 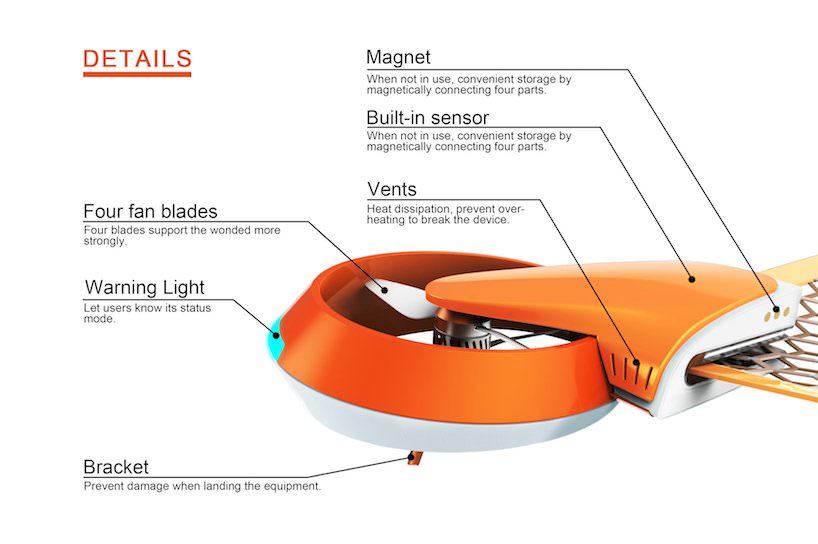 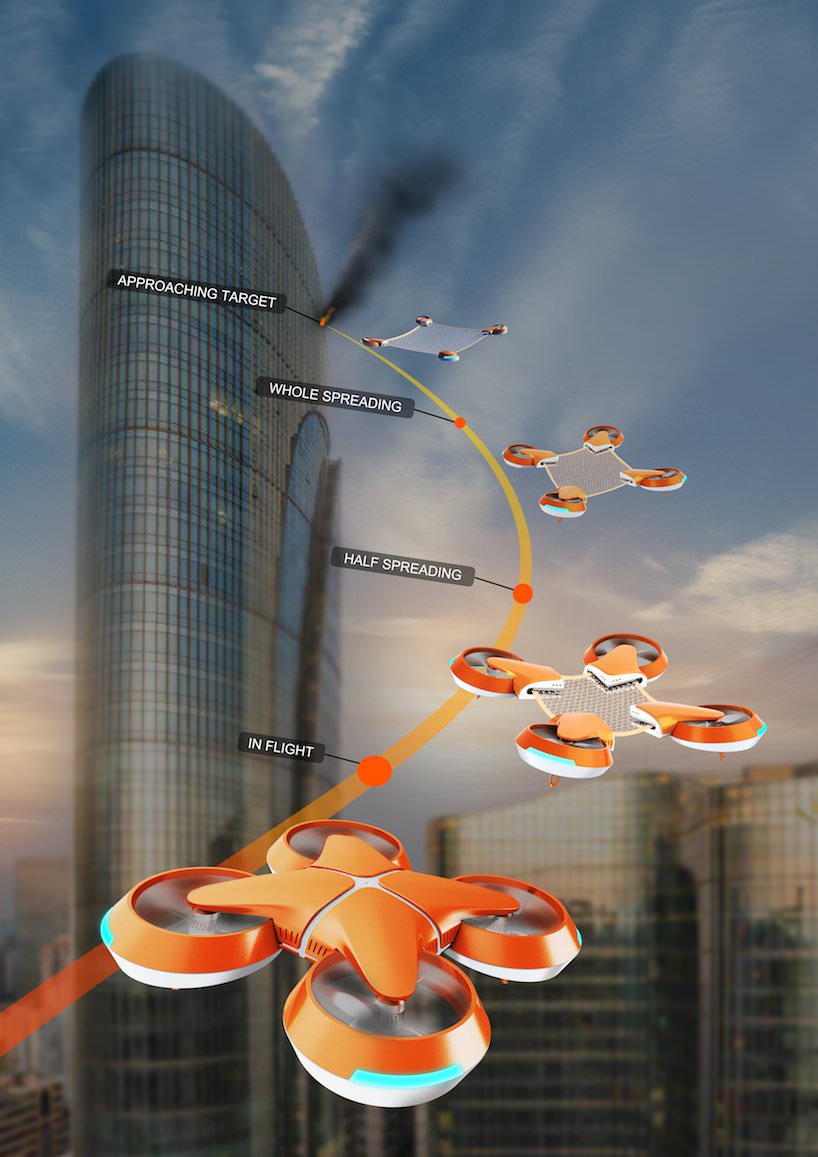 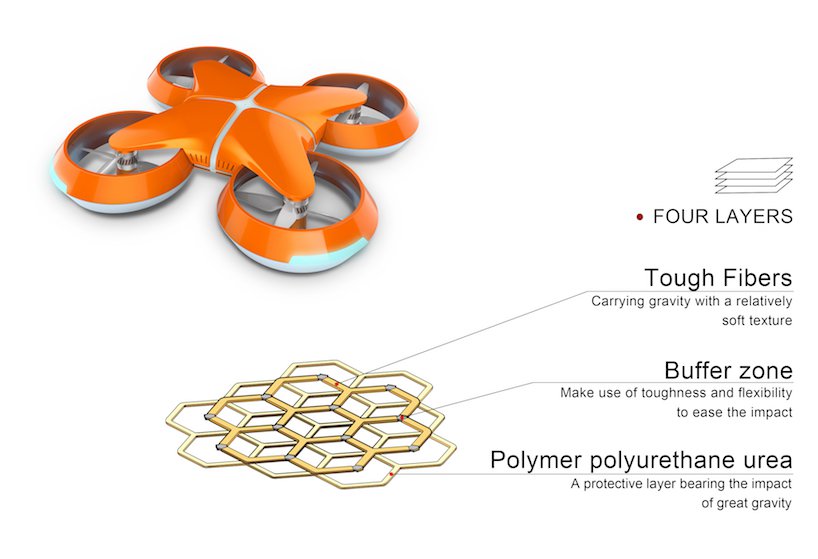 “The power for NET GUARD to travel at high altitudes and catch a person in mid-air is harnessed from four propellers. The net itself is made from a quadruple layer of polyurethane, which is strong enough to hold the weight of an average adult. Sensors keep track of the person as they jump into the net, positioning the drone to catch them,” according to Design Boom.

Amazon’s “A Holiday of Play” Toy Catalog Aims to Replace Toys R Us, Here’s a Look Inside