Apple may have some predictable release schedules for their products, but they’ve surprised us at times, and this year, it could be with a brand new iPod Touch. The 6th-generation device hasn’t seen a refresh for nearly four-years, and some are speculating that we could see a 7th-generation iPod Touch released as a gaming device. A recently submitted application to the USPTO included a screenshot of its current iPod Touch “Gaming” section, complete with red arrows pointing to both “iPod touch” and the “Buy” button. Read more for a video and additional information, including a screenshot of the page submitted to the USPTO.

“What’s ultimately unclear, though, is why the company would even bother extending its iPod touch IP, from specifically covering ‘audiovisual and information technology equipment,’ to now covering ‘games, toys, and sporting goods,’ too. Although, whether the rumored iPod touch refresh ultimately embodies a gaming-centric device — either via a combination of advanced applications, hardware and/or accessories — is anyone’s best guess at this point,” reports iDropNews. 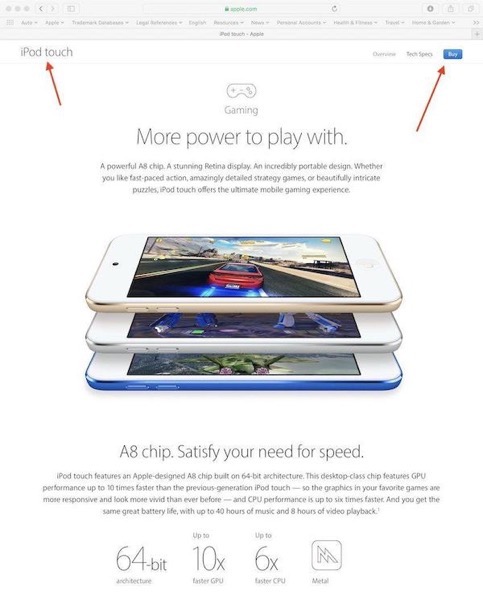