Scientists at NASA have discovered the most earth-like planets yet, and they’re named Kepler-62e and Kepler-62f. According to Eric Agol, a Univeristy of Washington associate professor of astronomy, Kepler 62f is about 1.4 times the size of Earth, receives about half as much solar flux, or heat and radiation, as Earth and circles its star in 267.3 (Earth) days. Continue reading for a video and more information. 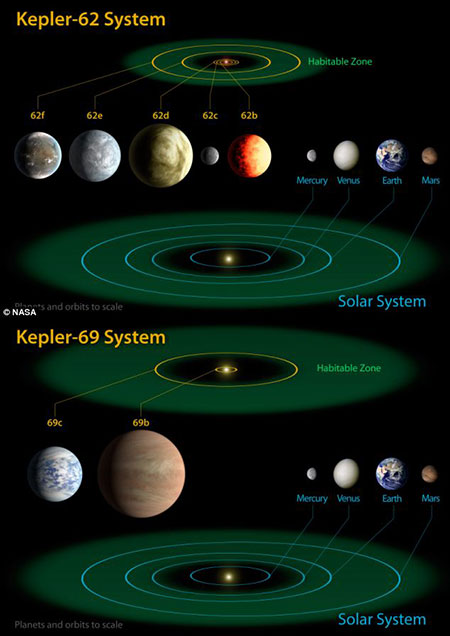 Here’s how the Kepler space observatory finds planets: “The research team used data from NASA’s Kepler space telescope, which simultaneously and continuously measures the brightness of more than 150,000 stars every 30 minutes. When a planet candidate transits, or passes, in front of the star from the spacecraft’s vantage point, a percentage of light from the star is blocked. This causes a dip in the brightness of the starlight that reveals the transiting planet’s size relative to its star.”