You’ve seen the Ferrari concepts, now check out these futuristic supercars. The Lamborghini Ferruccio, designed by industrial designer Mark Hostler, blends the shapes and design details of various Lamborghini supercars from different eras, into one. Design aspects include: the low windshield and read end design of the original Countach, the softer and more rounded front fenders of the Miura and the fighter jet lines of the Reventon. It draws power from a beefy twin-turbocharged 5.0-liter V12 engine. Continue reading for more insane Lamborghini concepts from the future. 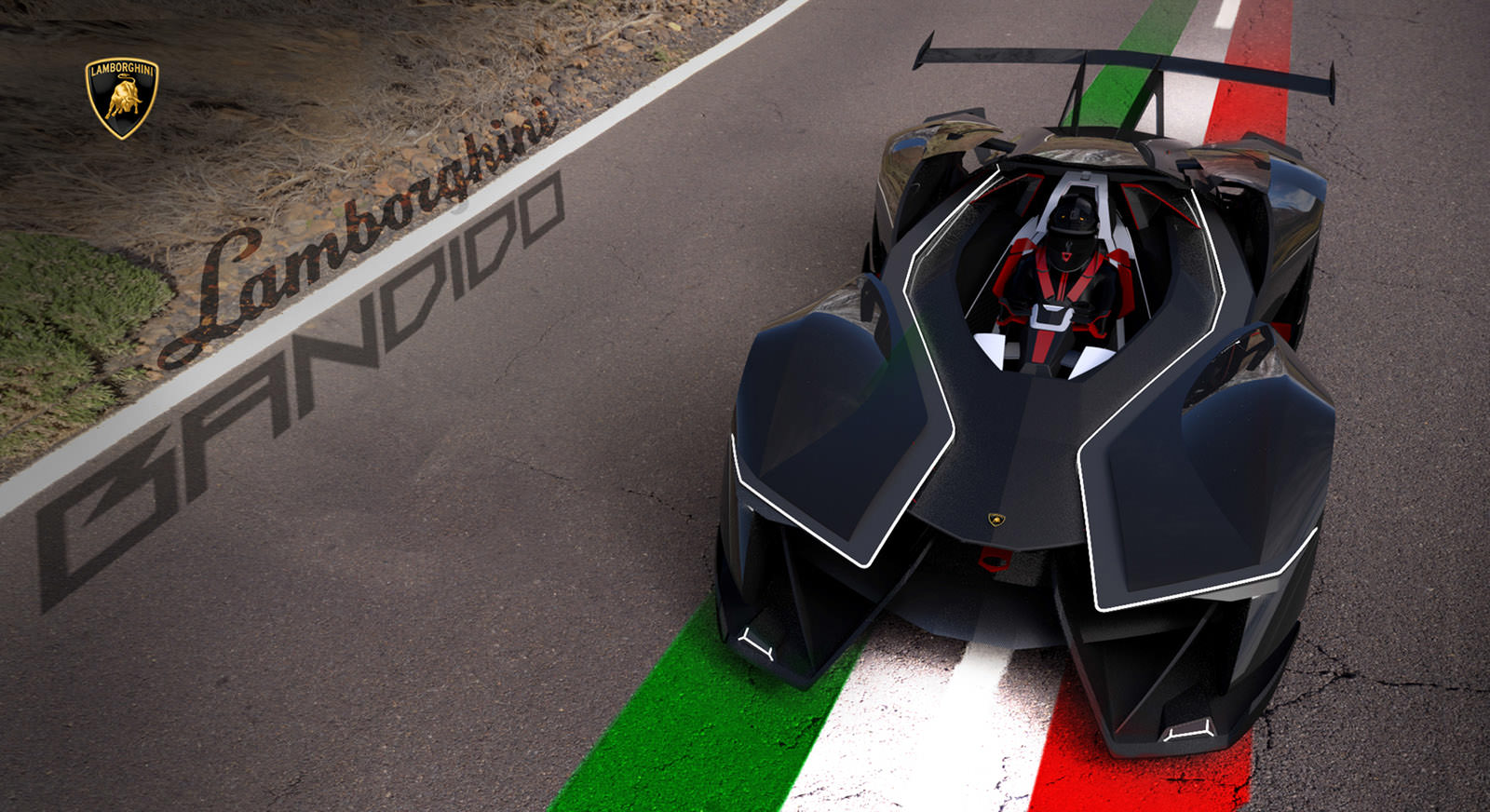 The Lamborghini Bandido was designed to be a hypercar for the year 2030, and boasts a single-seat cockpit with a central seating position as well as individual hub motors in each wheel. Since there’s room out back, the electric motors could be paired with either V10 or V12 internal combustion engine, fit on top of a lightweight carbon-fiber chassis. 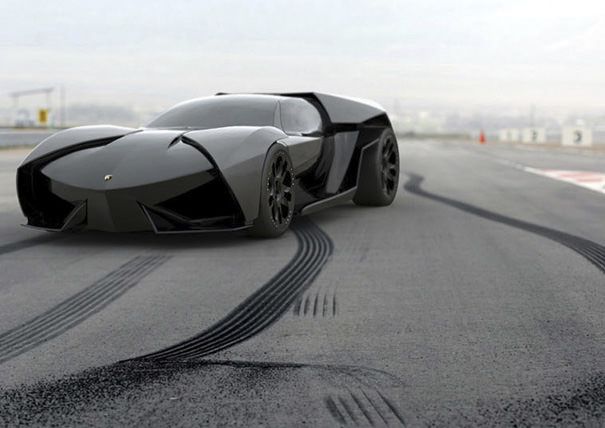 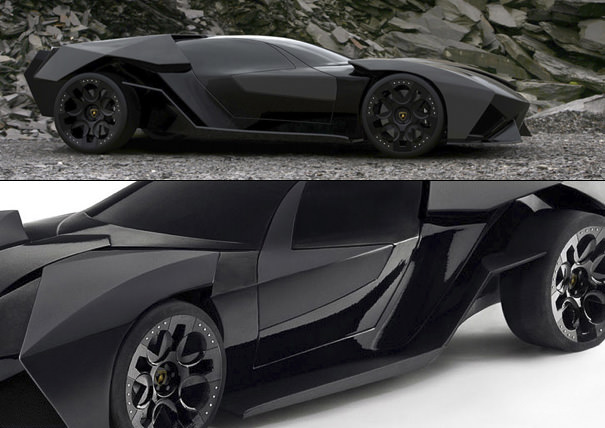 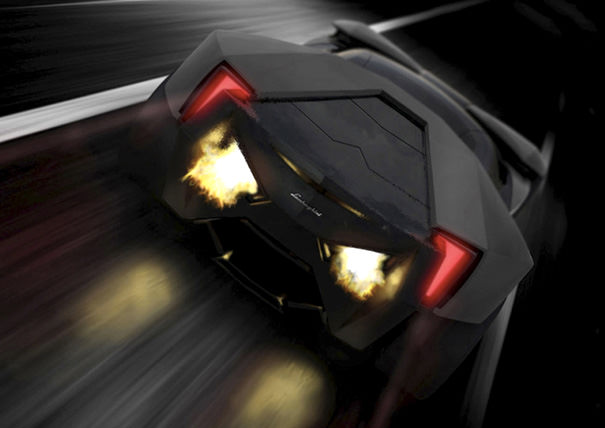 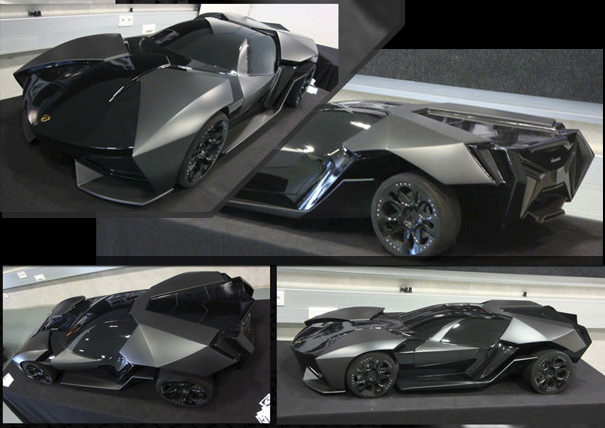 If Lamborghini were to create a Batmobile for Bruce Wayne, it would probably look like the Ankonian. Its creator, Slavche Tanevski, said: “Following the Lamborghini tradition I named the car ‘Ankonian’ after the bull type which is famous for his black hair (that’s why I chose black). The concept is a mid-engined supercar that is not ‘green’, but yet shows environmental responsibility, and therefore is downsized.” 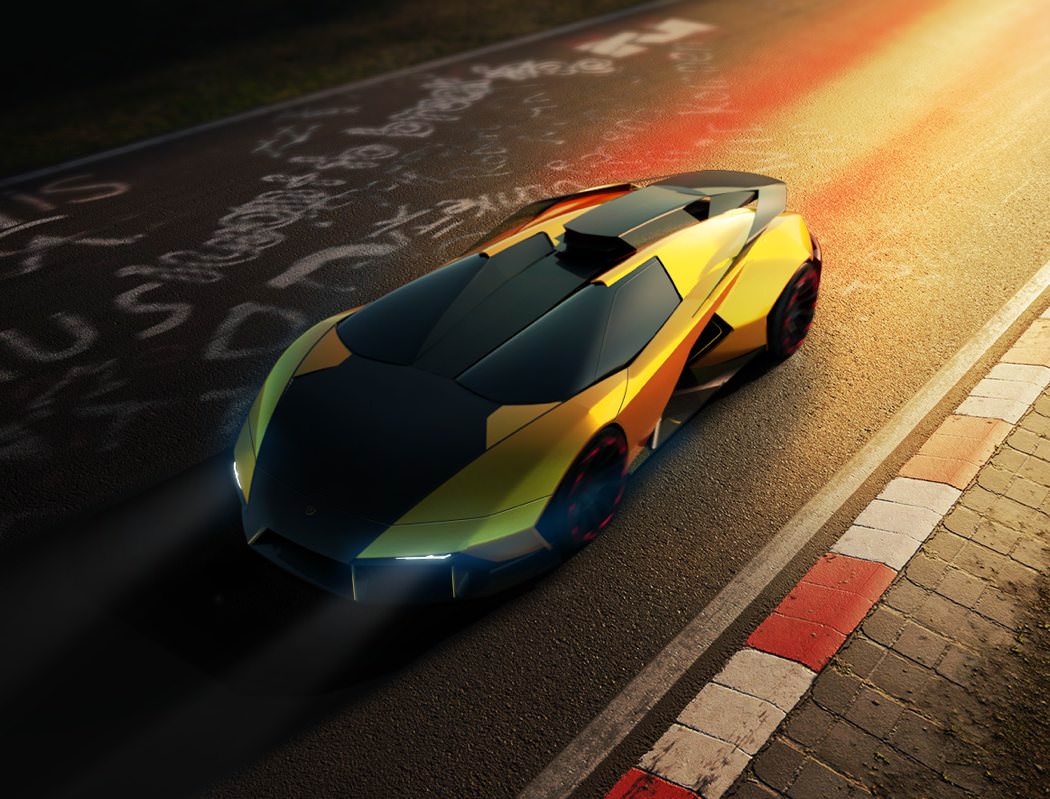 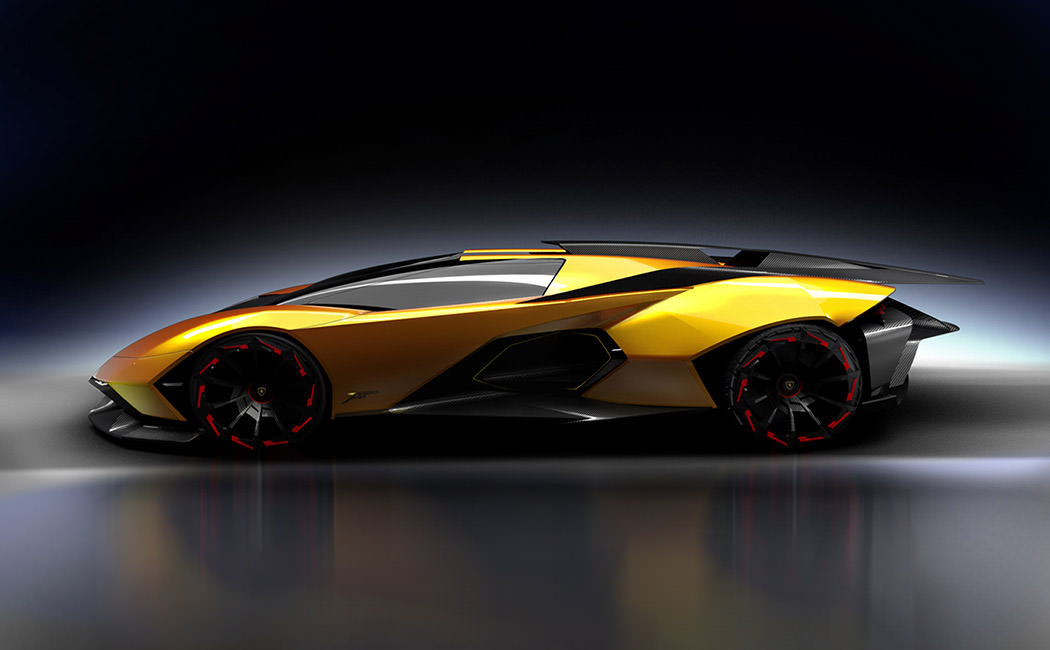 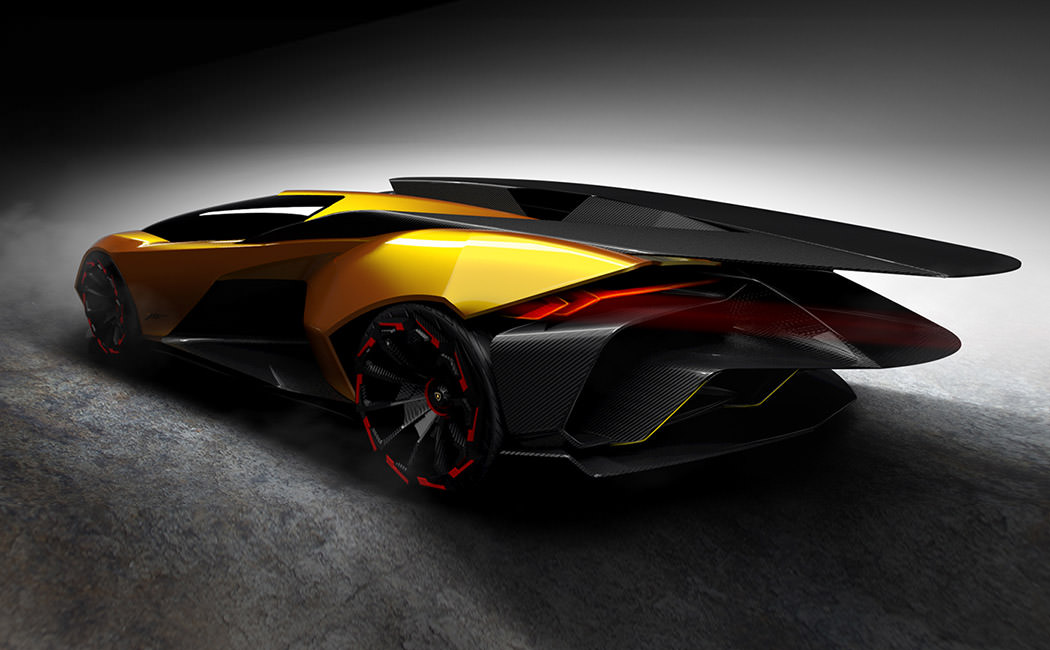 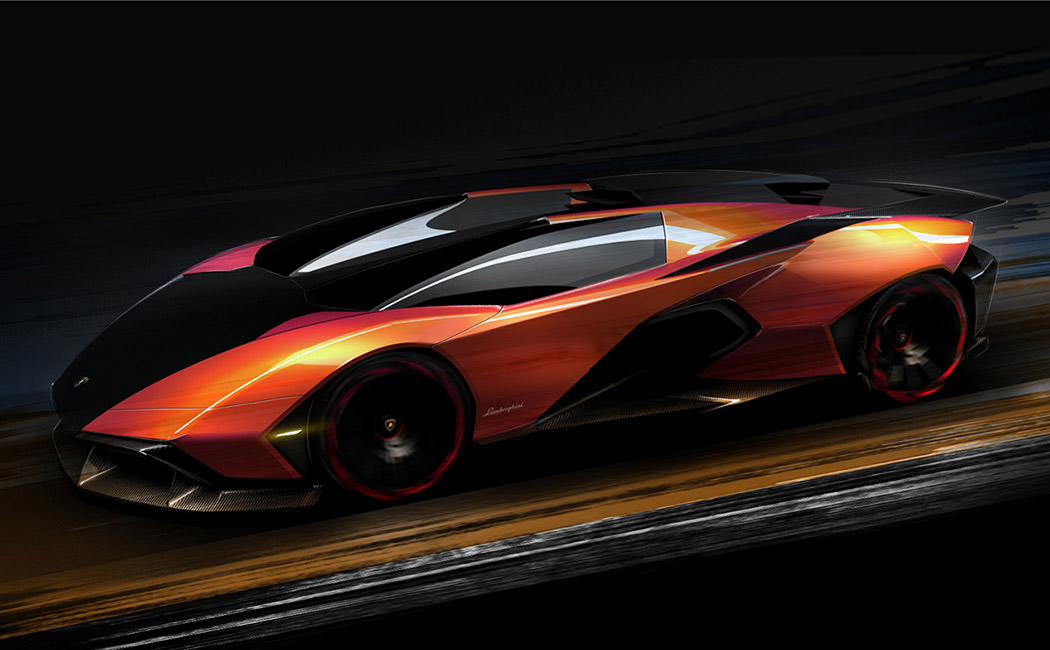 Unlike other Lamborghini concepts, the Apis was named after the most highly regarded bull deity of ancient Egypt, and sports a dual-cockpit design that gives driver and passenger entirely unique riding experiences. Exterior wise, there’s an extra large central scoop to keep the rear-mounted engine cool and a tiered tail with lateral fins for diffusing aerodynamics. 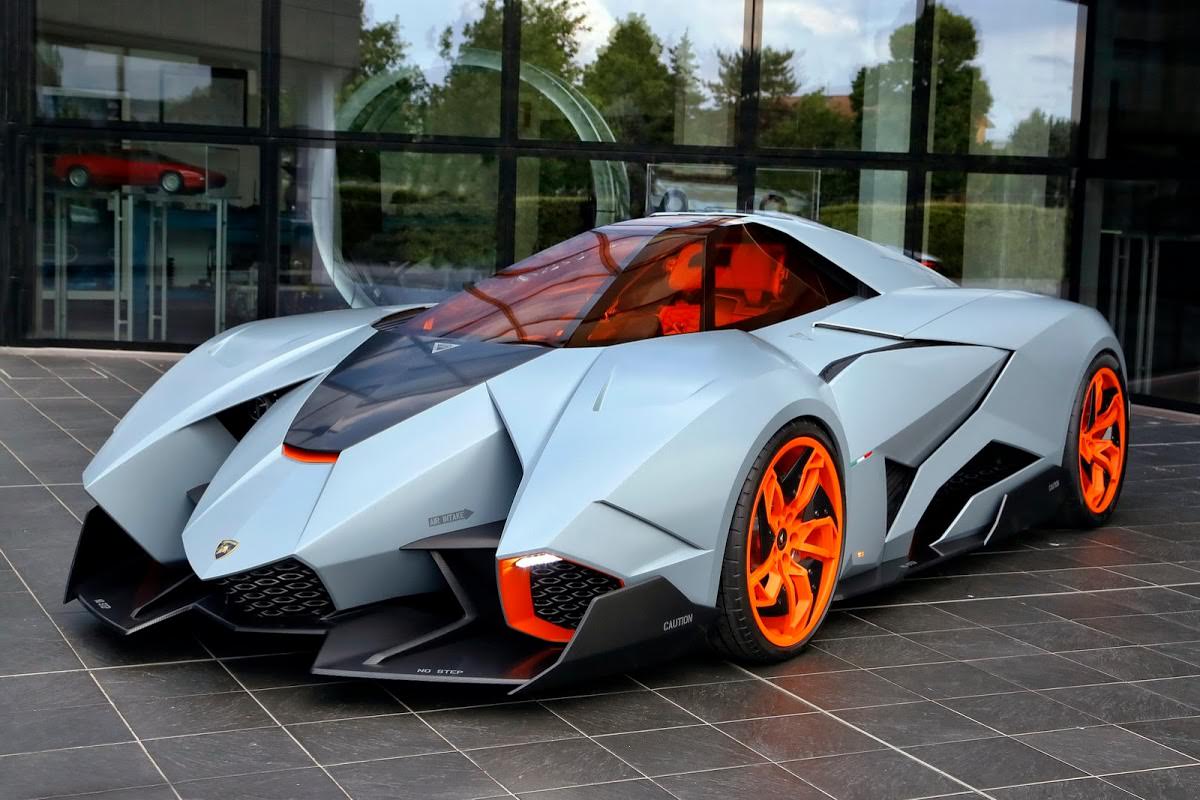 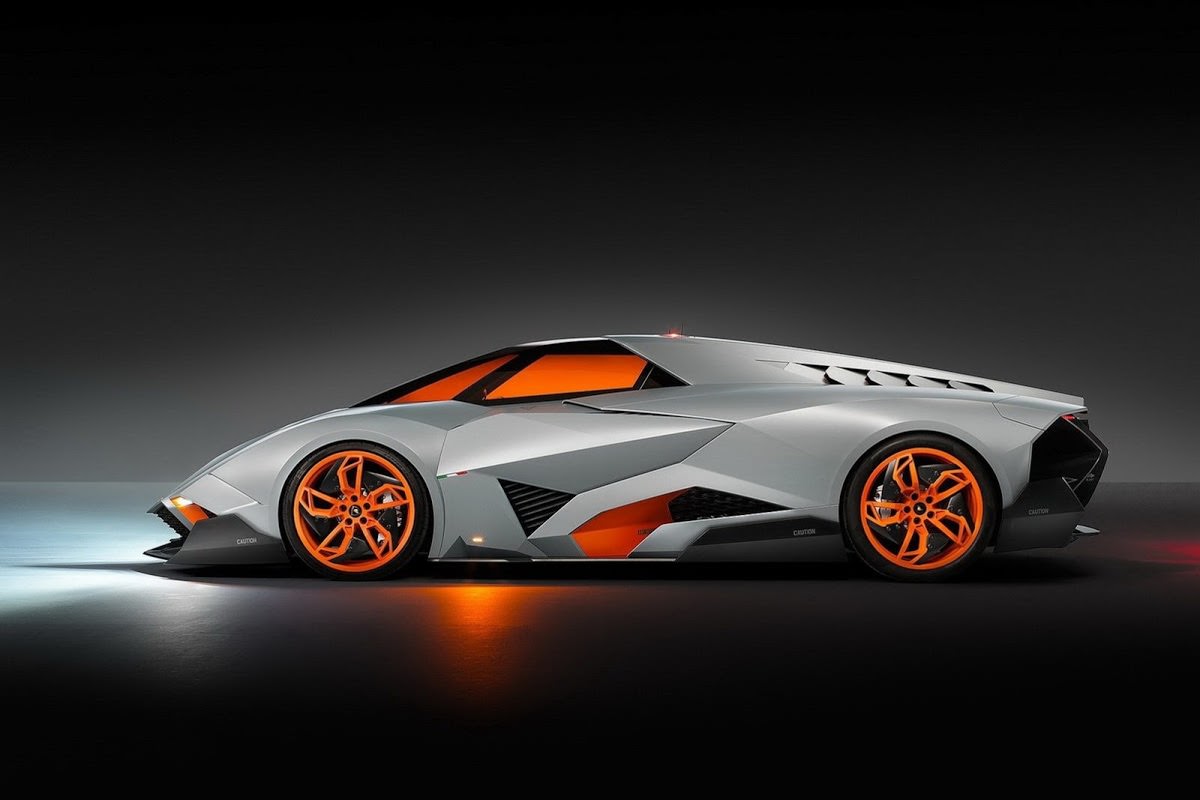 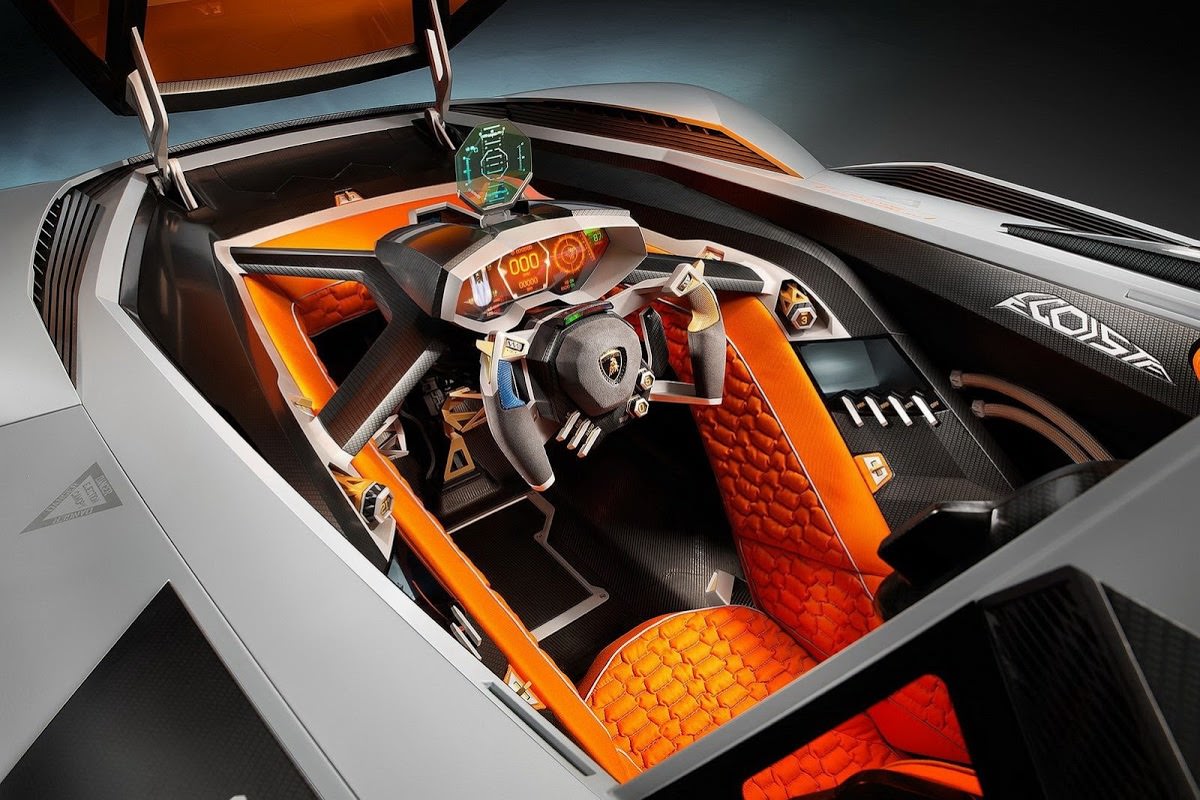 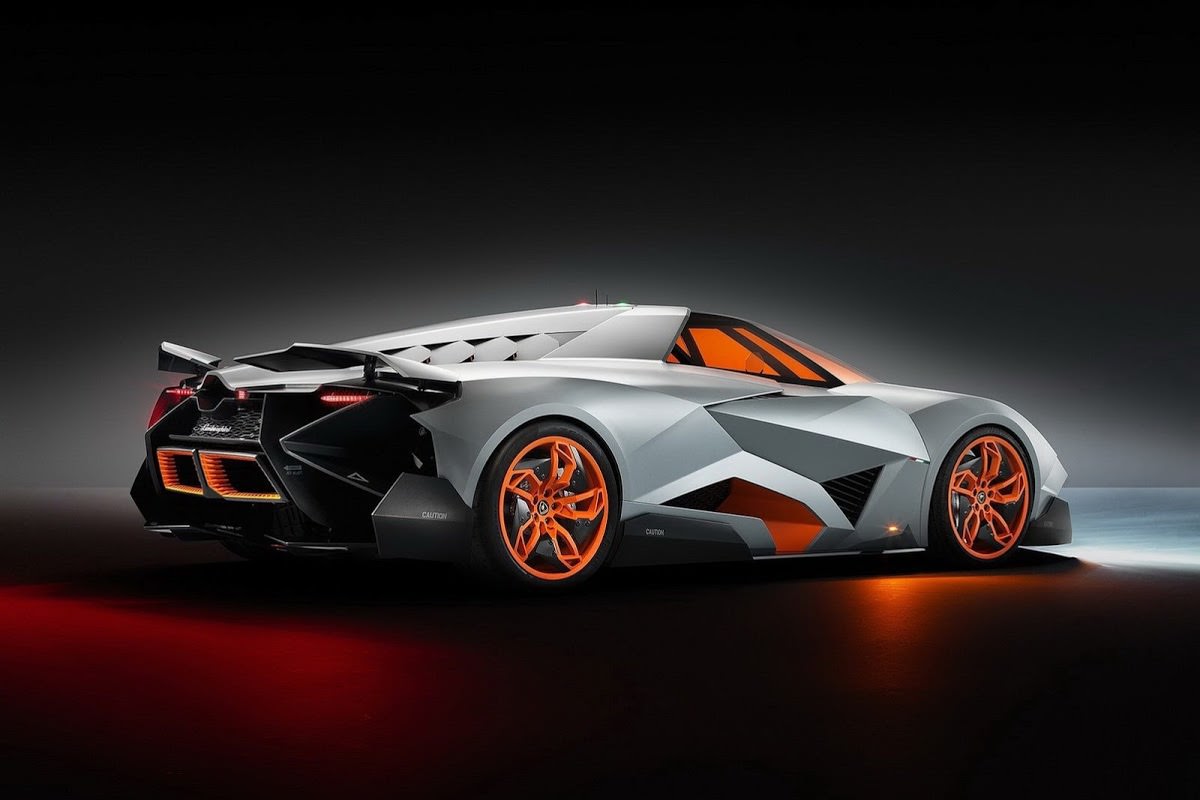 Sleek and stylish, the fighter jet-inspired Lamborghini Egoista is a single-seater that features a body made from lightweight carbon fiber and aluminum finished in a military-grade, radar-resistant paint to highlight the vehicle’s stealth capabilities. Power comes from a tuned version of the Gallardo Mk1’s 5.2-liter V10 producing 592hp. That’s not all, the Egoista’s cockpitt features a removable survival cell made of carbon fiber and aluminum along with anti-glare windows in an orange hue. 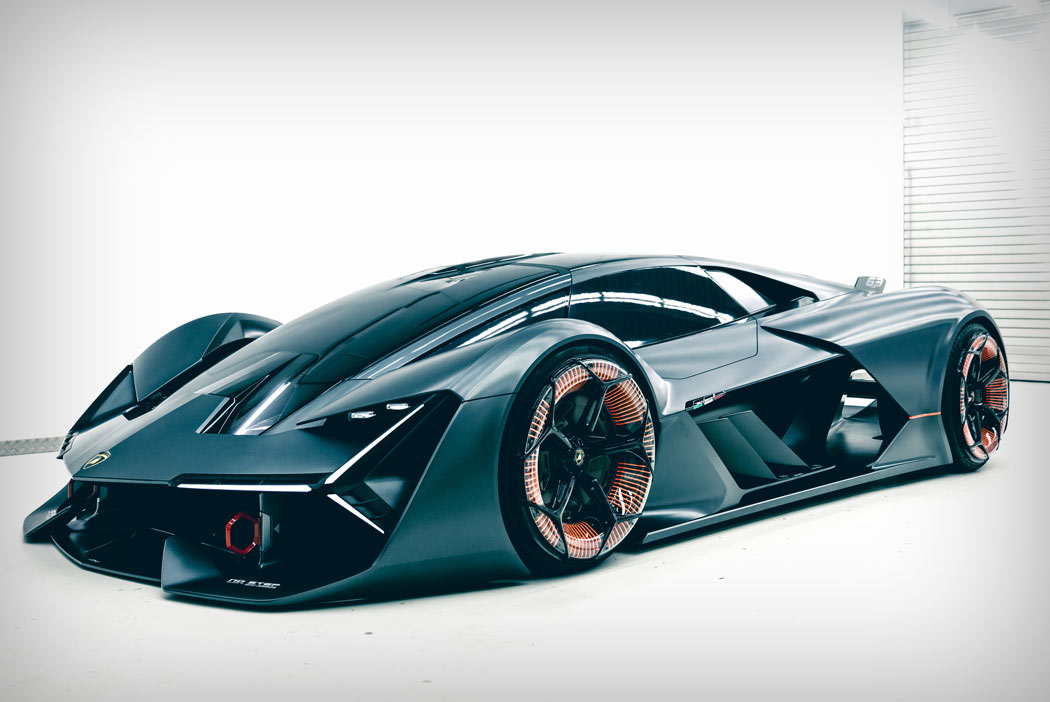 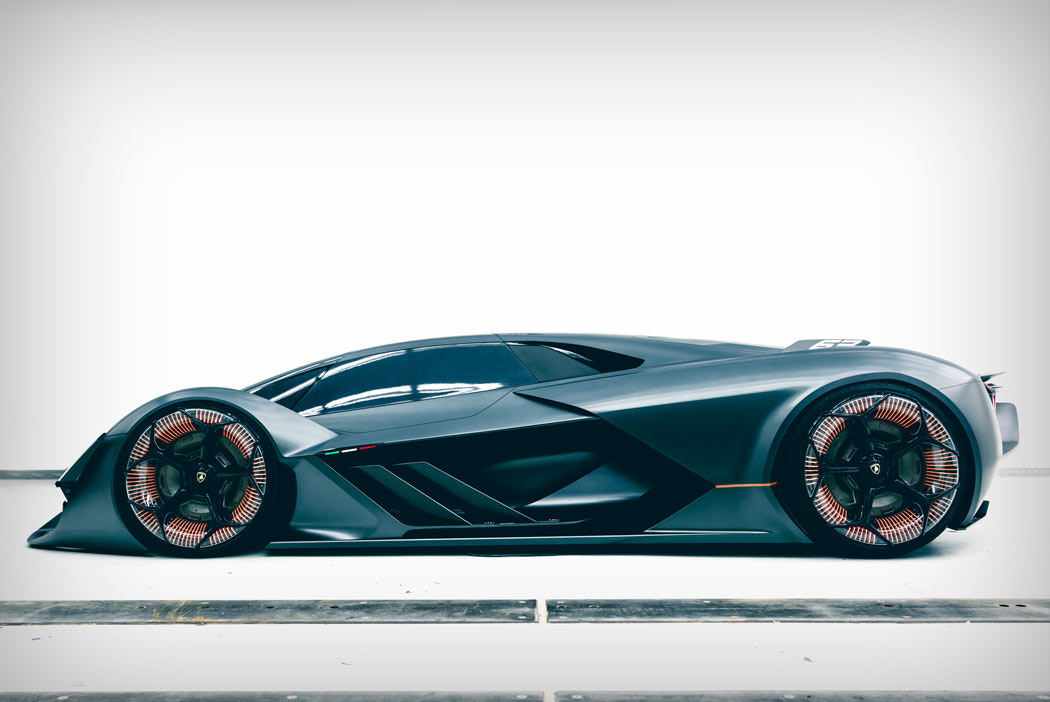 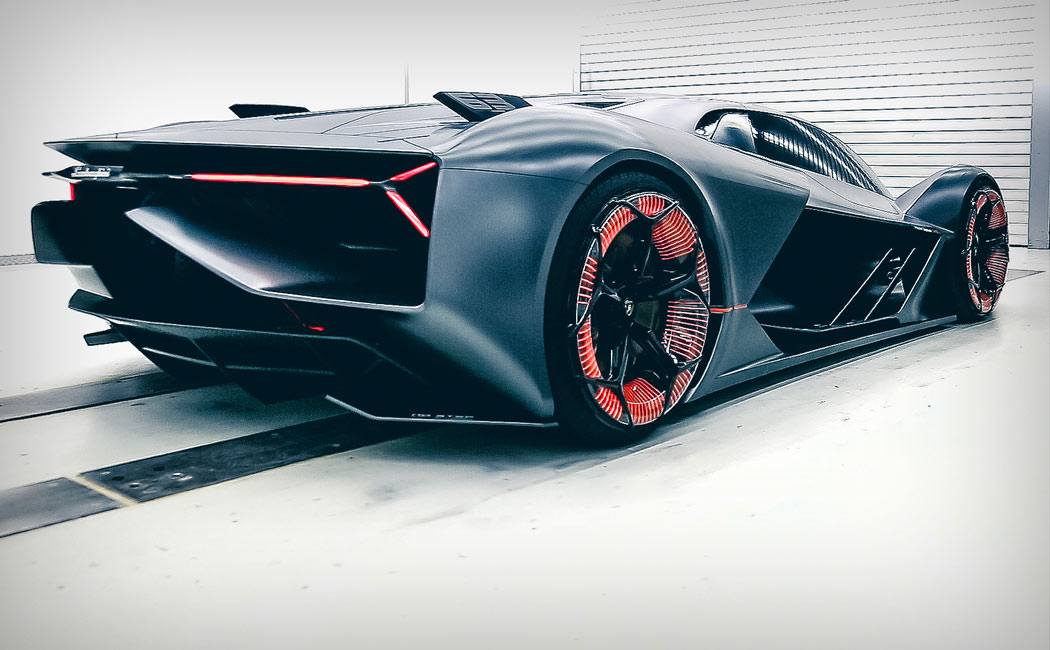 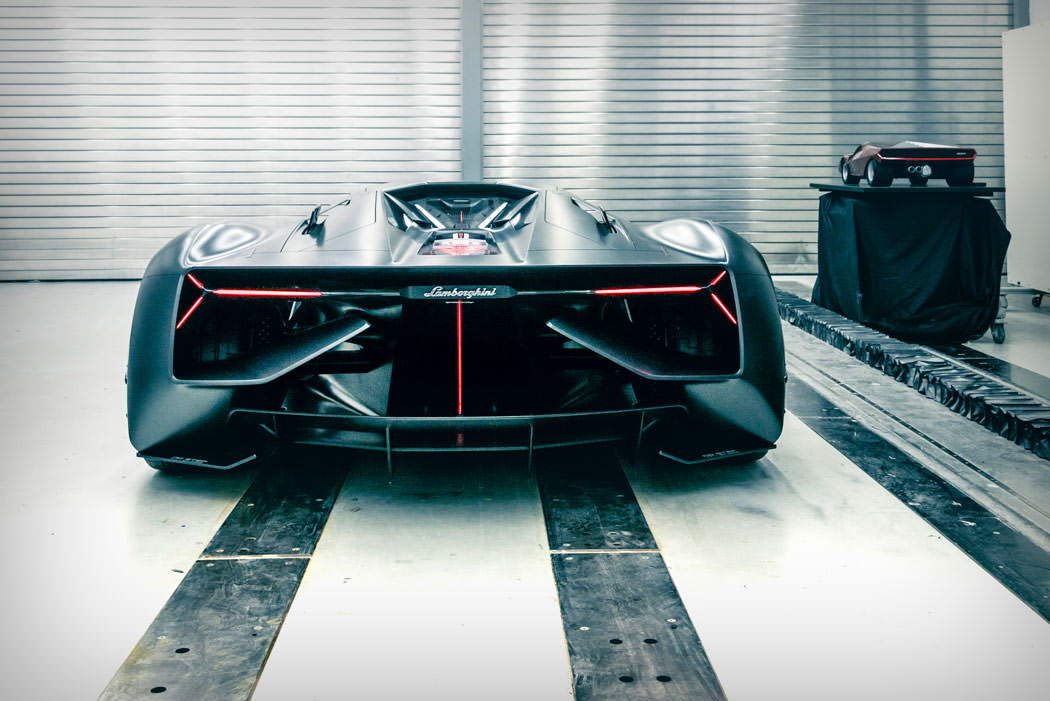 Designed in partnership with the Massachusetts Institute of Technology, Lamborghini’s Terzo Millennio sports an advanced electric powertrain, an ultra lightweight structure, and an ultra aerodynamic exterior. This sleek concept offers four electric motors powered by supercapacitors and energy storage devices that are built directly into the body panels. In order to make this a reality, the company envisions the car would use carbon fiber nanotubes and ultra thin batteries that can be formed into various shapes and placed in between two panels.