Here’s a first look at the upcoming Lamborghini Veneno Roadster, which will be limited to less than 9-units worldwide and most likely cost more than $4.4-million. Engine wise, it will be identical to the coupe counterpart, so expect an Aventador-sourced engine with 750 HP. Continue reading for more pictures. 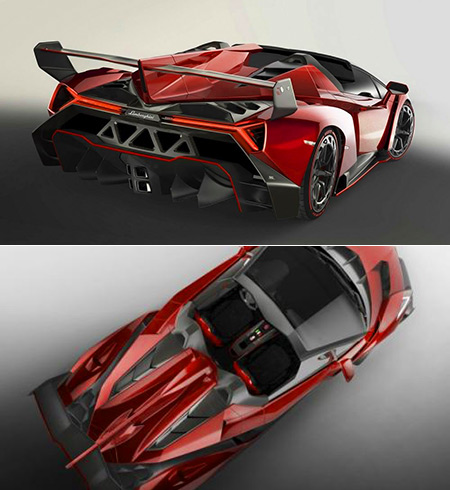 Here’s what World Car Fans has to say about the ultra exclusive roadster:

The first images depicting the Lamborghini Veneno Roadster have surfaced online ahead of an imminent official reveal.

Back in August we heard from Lamborghini’s CEO Stephan Winkelmann that a roadster version of the ultra-exclusive Veneno is planned and now the first three photos of the car have appeared on AutoEmotionenTV.

18 Pictures of Primeval Symbiosis, Strange Pyramid-Inspired Houses in the Forest