Lexus says that the skilled man and women (known as Takumi) who work on the production lines hone their dexterity skills by folding origami models using their non-dominant hand. To show their level of talent, Lexus commissioned their best workers to build a functional Origami Car. That’s right, this paper car has everything a regular vehicle would, including functioning doors, headlights, and rolling wheels. The electric motor mounted on its steel and aluminum frame enables on to drive it around, albeit not on real roads. Continue reading for a making of video, more pictures and additional information. 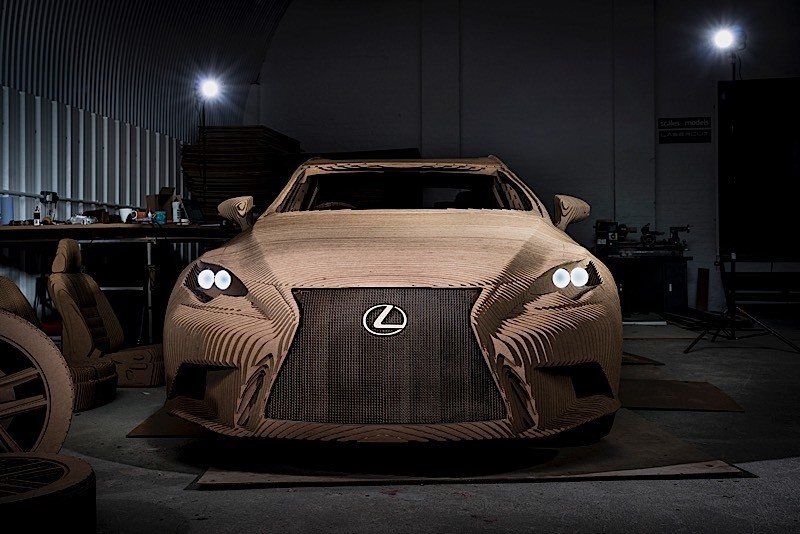 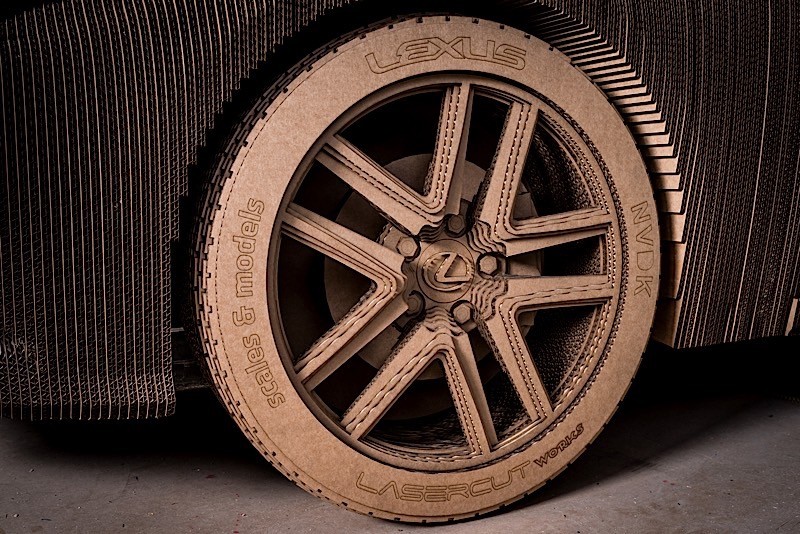 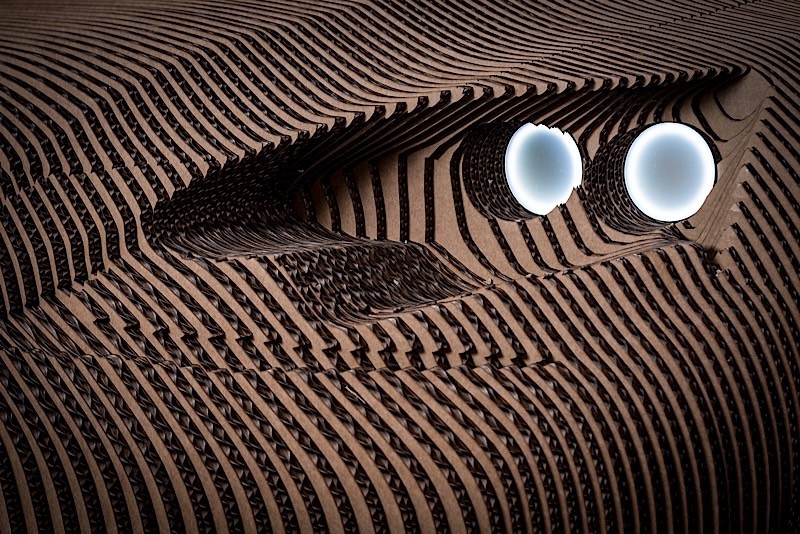 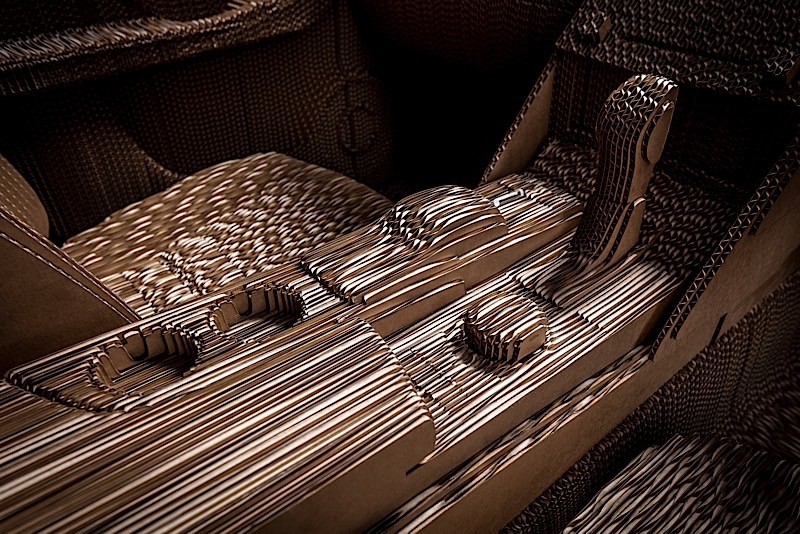 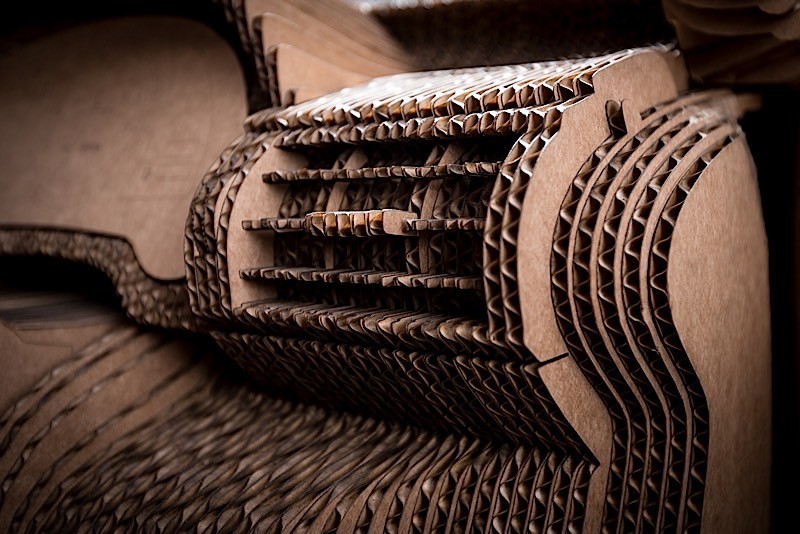 “Lexus provided the team with a digital 3D model of the IS, which was then divided into a series of principal parts, such as the main body, dashboard, seats and wheels. These were then digitally rendered in 10mm ‘slices’ to provide the two-dimensional profiles needed for the laser cutting of each of the 1,700 sheets of 10mm-thick of cardboard – supplied by packaging experts DS Smith. Each layer was given its own reference number to help ensure it was assembled in the right sequence, and the entire assembly was done by hand. A water-based/wood glue was used, which had to be left to set for 10 minutes after each application. Accuracy was vital, as changes couldn’t be made once the glue had dried. In all, the Origami Car took three months to build,” said the company.