Startup BigRep has just revealed the LOCI Podcar, a prototype vehicle that consists of fourteen fully 3D-printed parts, paired with an electric powertrain and self-driving technology. At 85 x 146 x 285 cm, the body is printed using BigRep’s Pro HT, while the company’s PLX material is used for the bumpers. Nylon 6 was used on the beams and joints, while the tires from thermoplastic polyurethane. Read more for a video, additional pictures and information.

The company hasn’t confirmed what type of electric drivetrain it’s using or the autonomous technology, but the interior does boast a touchscreen media hub, surround sound audio, wireless smartphone charging as well as plenty of LED lighting. There will be three different trims when it’s released, with the first being “Berlin”, a single-seater campus commuter sporting TPU airless tires and NFC components that can be scanned using a mobile phone. 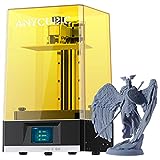