Long exposure photography and traffic lights are nothing special on their own, but when combined, the resulting images appear to be straight from a horror movie. “The possibility that light is ‘visible’ in fog fascinates me. The unknown hue of blueish light is like the fog hidden for the human eye, but the photograph shows us things we otherwise overlook, such as a simple traffic light on the street. An all known object which produces a strong effect in an unnatural situation with a simple photographic setup,” said photography Lucas Zimmermann. Continue reading for more pictures. 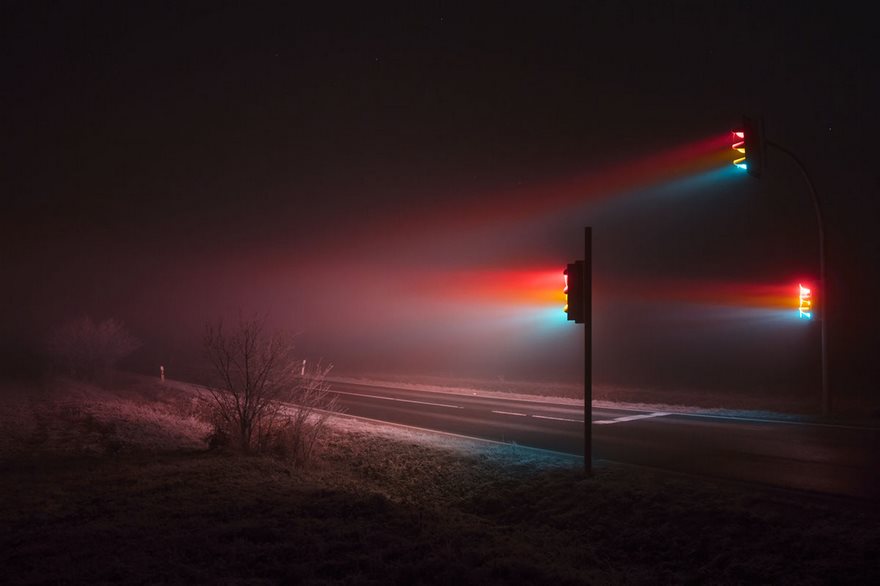 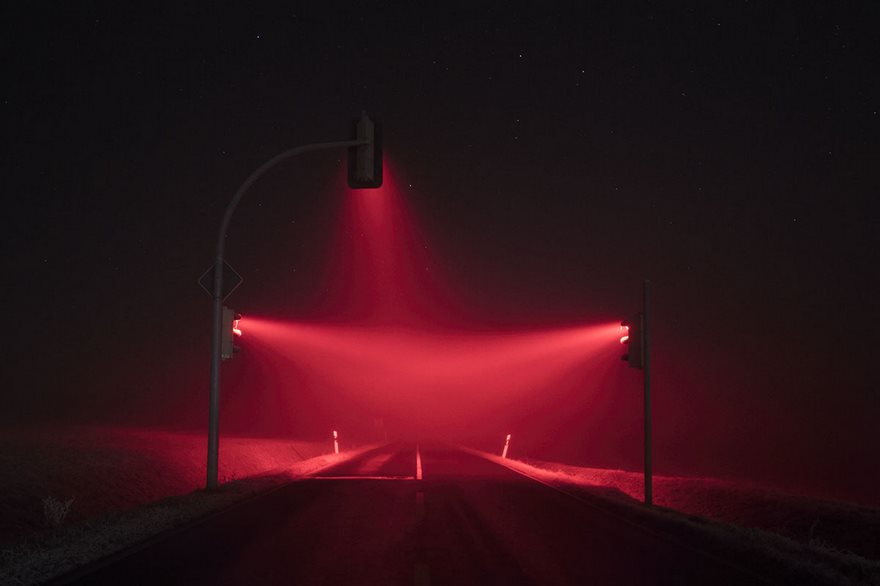 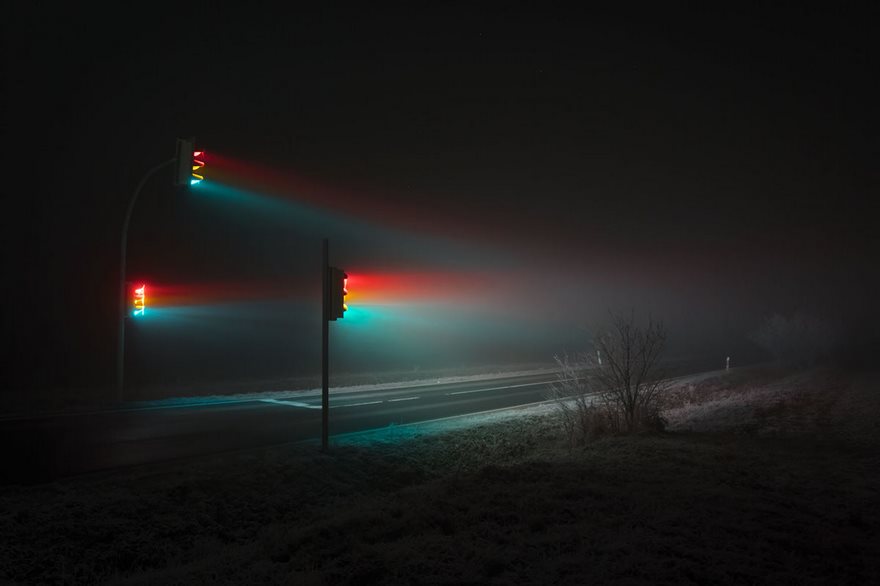 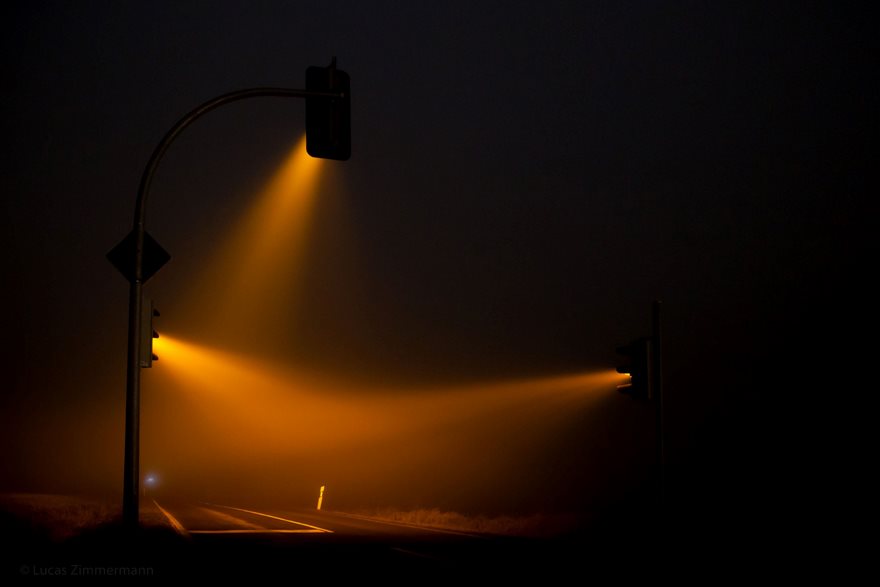 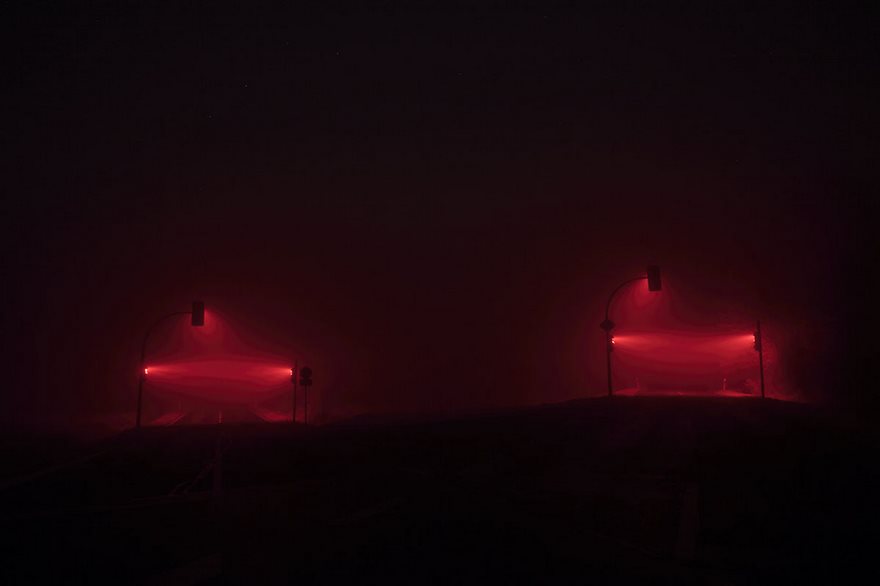 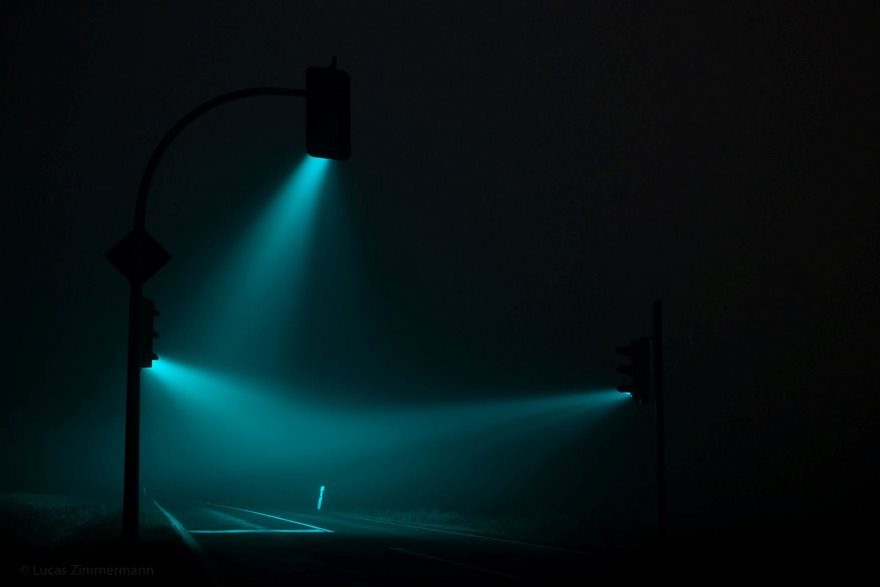 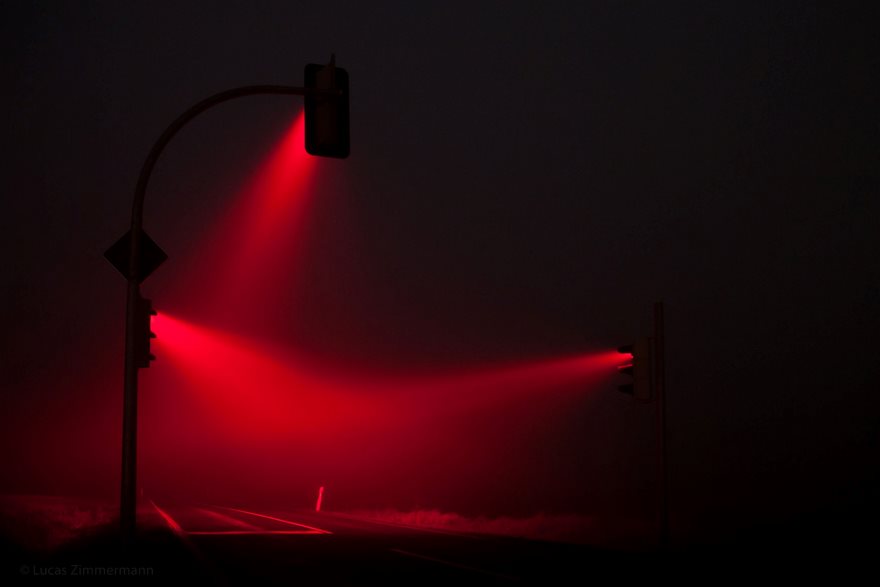 “Lucas took the images on a foggy intersection near Weimar, Germany, late at night. He used 5-20 second-long exposure and slightly adjusted the color temperature in post production,” according to Bored Panda.