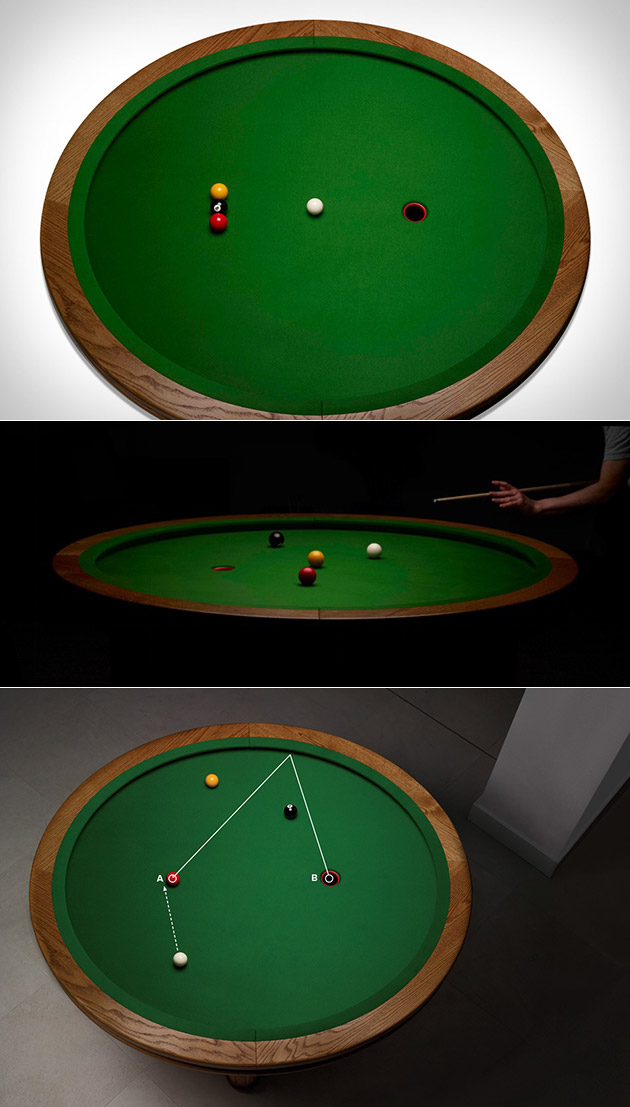 There are normal pool tables, and then “Loop”, which lets players enjoy a skillful game of “Numberphile” using just three balls. To get a game going, simply place the eight ball on a dot opposite the pocket, situated on each side by the yellow and red balls. Players then shoot at one or the other colored balls, attempting to pocket it, followed by the black ball. While it may sound easy, this game does take quite a bit of skill, along with indirect hits causing the ball to bounce off the rail, before claiming victory. Click here to view the first image in this week’s things that look like other things gallery. Continue reading for a viral video of an AT-AT Walker controlled with an Xbox 360 gamepad.

Ultra-High Capacity Anker Astro E7 26800mAh Power Bank Can Fully Charge Your Smartphone 10-Times, Get One for Under $40 Shipped, Today Only