Ever wonder what the Fellowship’s battle with a cave troll in Moria’s Chamber of Mazarbul would look like with lightsabers instead of their normal weapons? If so (or not), Immersion VFX has created a video showing just that, but with a few lightsaber arrows thrown in as a bonus. All of the work took around five months to complete, as every single weapon, including the one used by the troll, had to be replaced. Read more for the clip and additional information.

For those who wanted to know a bit more about lightsabers, they are the Force-user’s tool, described in A New Hope by Obi-Wan Kenobi as “not as clumsy or random as a blaster. An elegant weapon, for a more civilized age.” Its source of power come from a kyber crystal 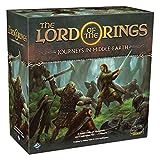 A disturbance in the force has led the fellowship to the Kyber mines of Moria. A place long thought to be dead. But an evil presence stirs below…,” said Immersion VFX.