You’d think cheating death once in a lifetime is a feat never to be repeated, but Dutch cyclist Maarten de Jonge managed to do it twice. He was supposed to fly on both MH370 and MH17, which was shot down over Ukraine on Thursday. The reasons? Well, in March, his cycling team was scheduled to take flight MH370 departing from Kuala Lumpur to compete in a race in Taiwan, but switched to another flight at the last minute to avoid having a stopover. Earlier this week, de Jonge planned to take flight MH17 to return to Kuala Lumpur from a recent race in the Netherlands, but changed his flight for a later one this weekend, yet again, at the last minute. Continue reading to see him cycling and for more information. 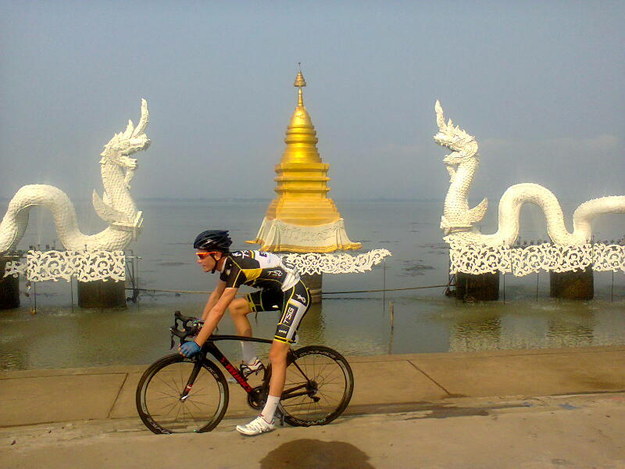 Here’s what the 29-year-old has to say: “How happy I am for myself and my family that I was on this flight and did not take it the last moment; my story is ultimately nothing compared to the misery in which so many people are paid. Attention should be paid to the victims and survivors. Wishing everyone affected by this disaster a lot of strength.”

This is Not a Computer-Generated Illusion, Just a Real Immersive Kaleidoscope Tunnel