In the comics and movies, you’ve probably seen Thanos collecting the six Infinity Gems and attaching them to his gauntlet. Well, if you’ve always wanted your very own, and in a much smaller form factor with some gadget functionality, then look no further than Brando’s Infinity Gauntlet Power Bank. This battery pack not only charges your mobile devices, but it has action joints (moving fingers) and light-up gems. Product page. Read more for our full hands-on review. 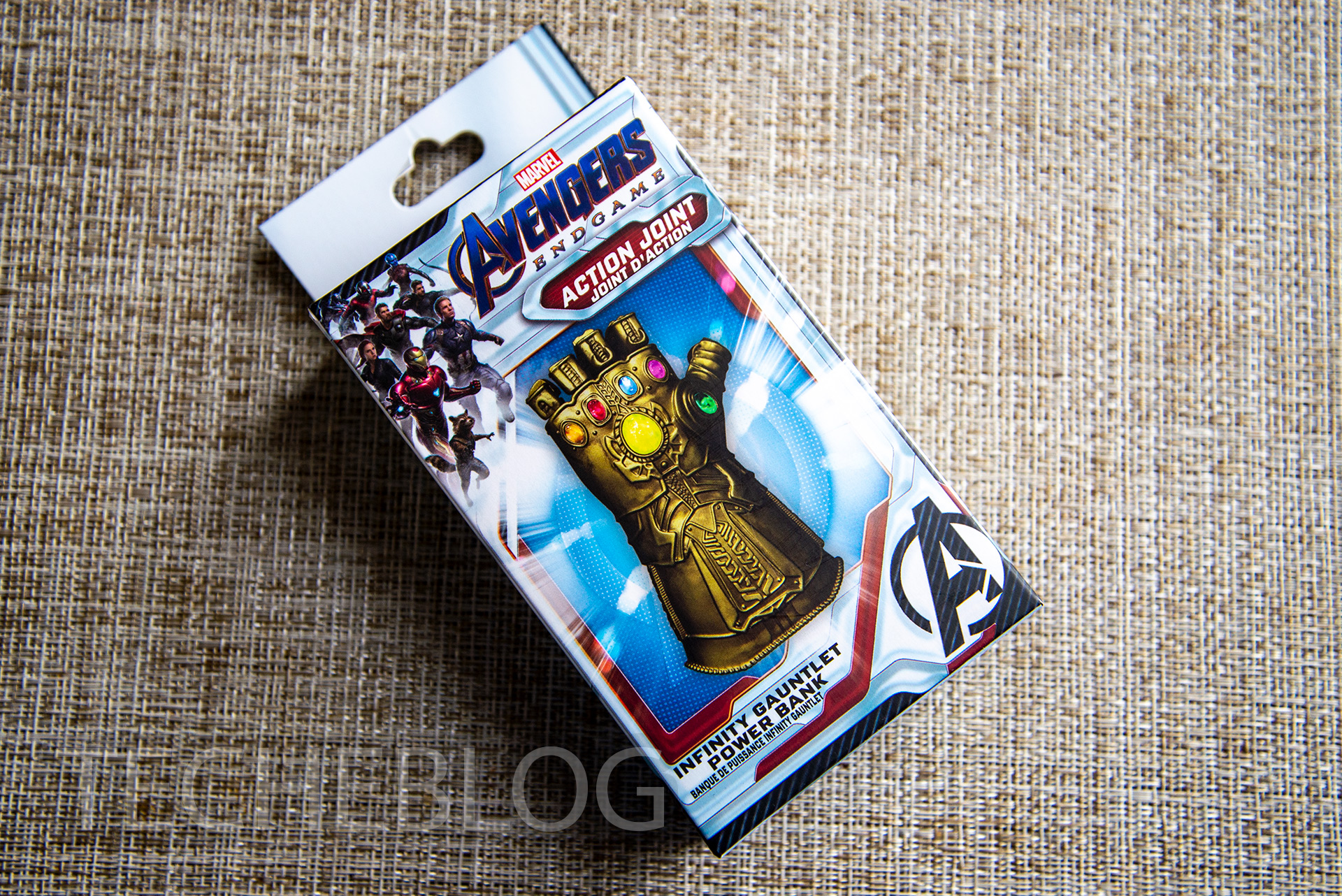 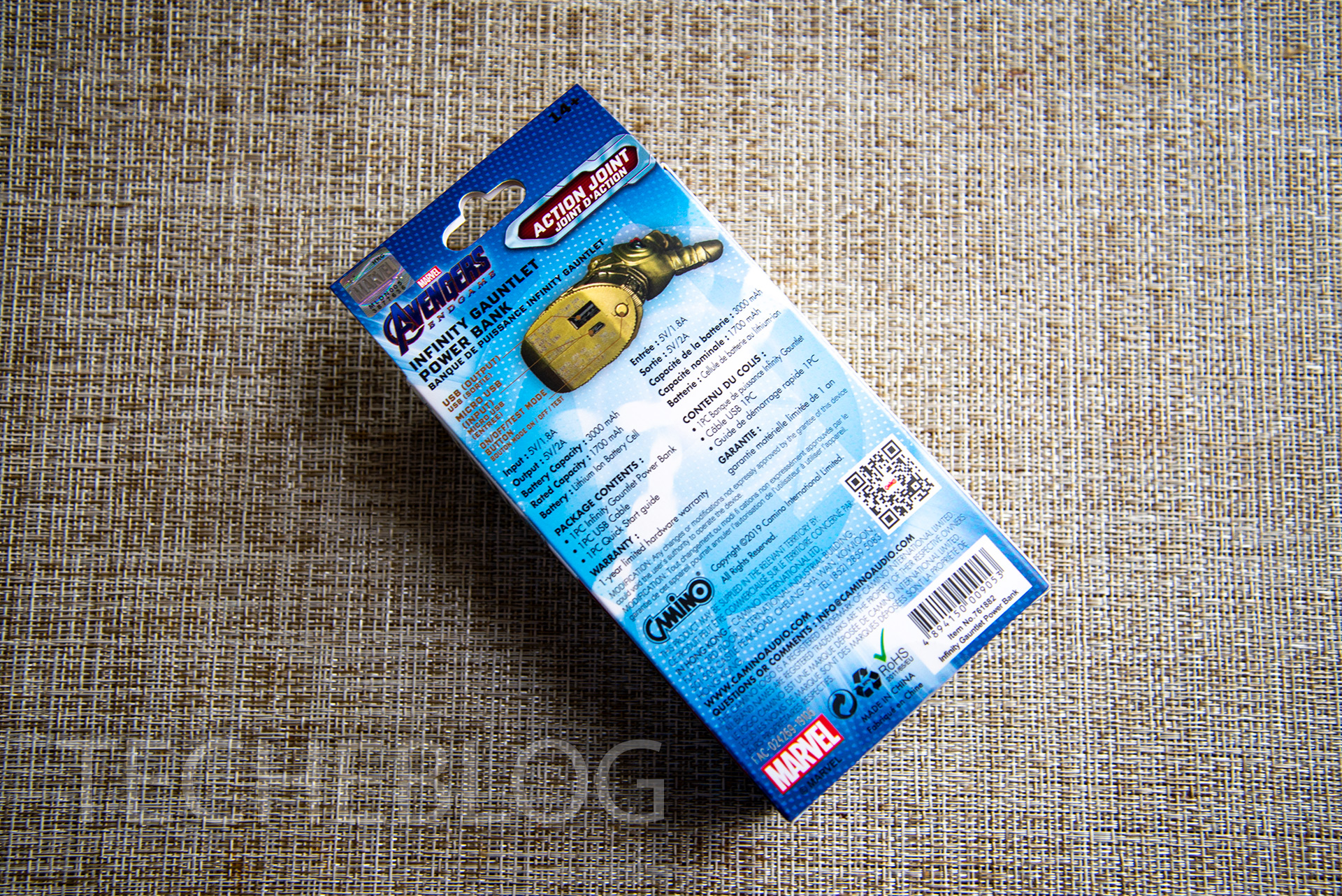 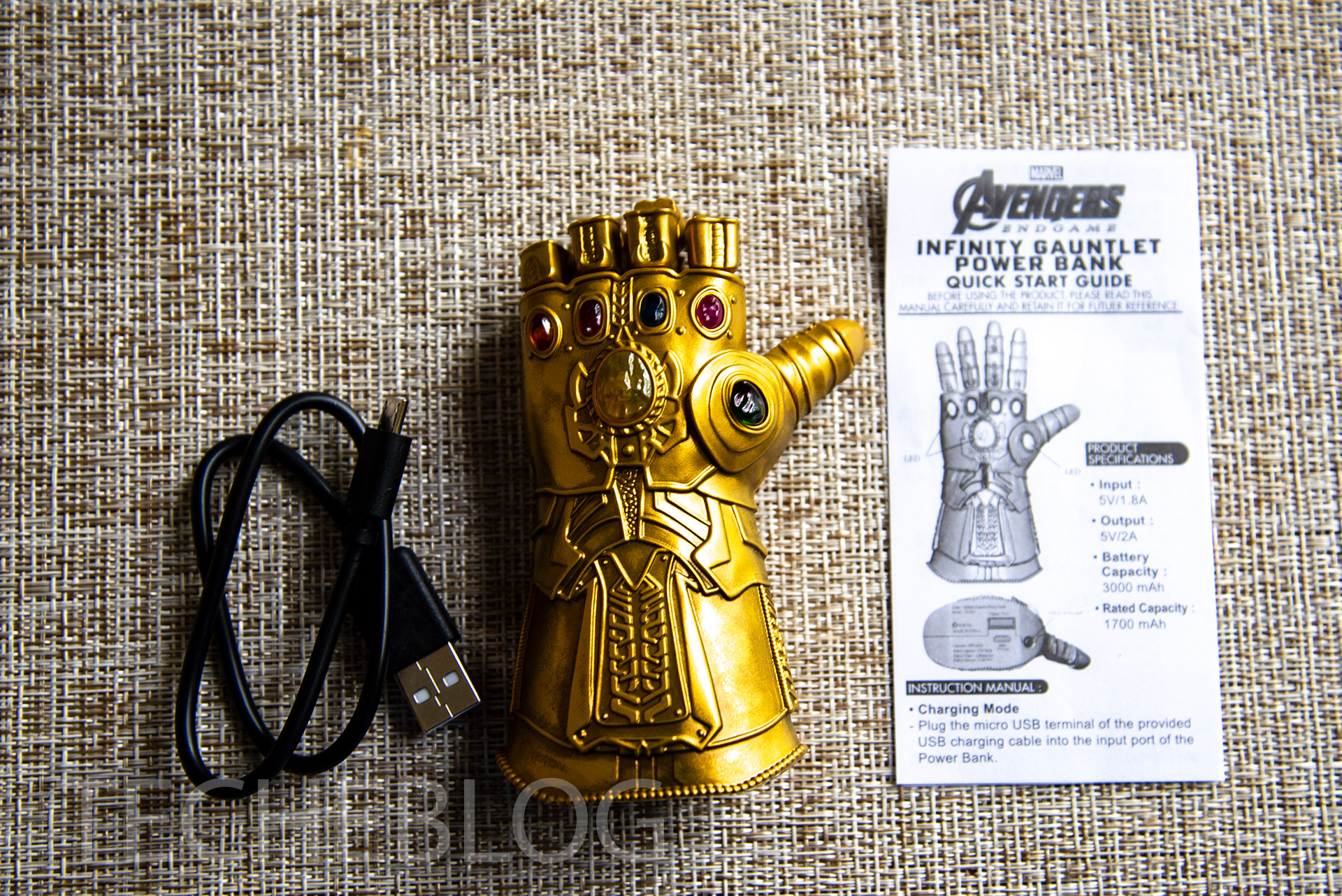 Yes, this is an officially licensed Marvel product, and you’ll notice this right away by looking at the box it comes in. Following up on the release of Avengers Endgame, the package contains the power bank itself, a micro USB charging cable, and an instruction booklet. On the technical side of things, the power bank measures 125 x 55mm, weighs 98g, boasts 5V / 2A (max.) output, and has a 3,000mAh battery capacity. 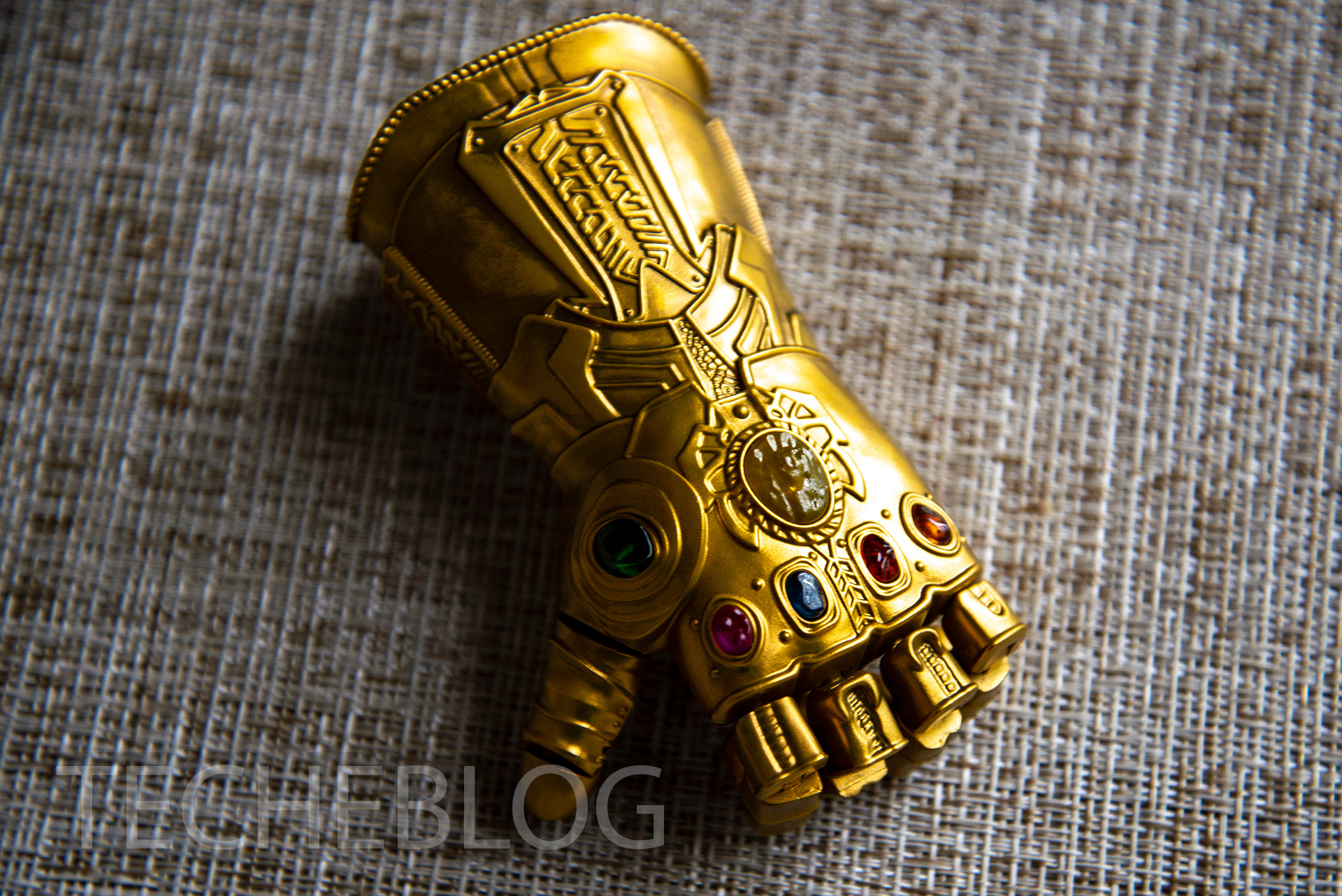 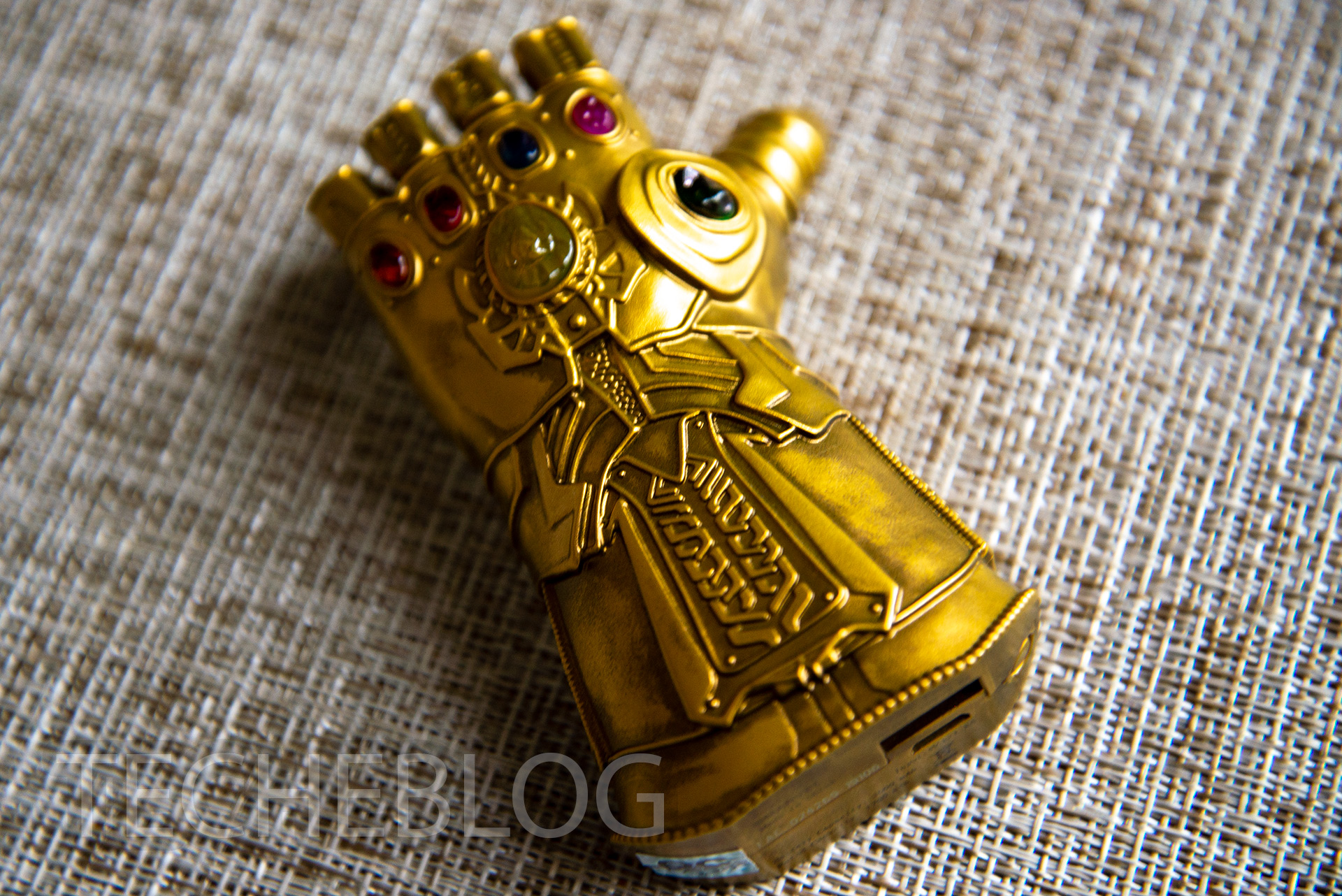 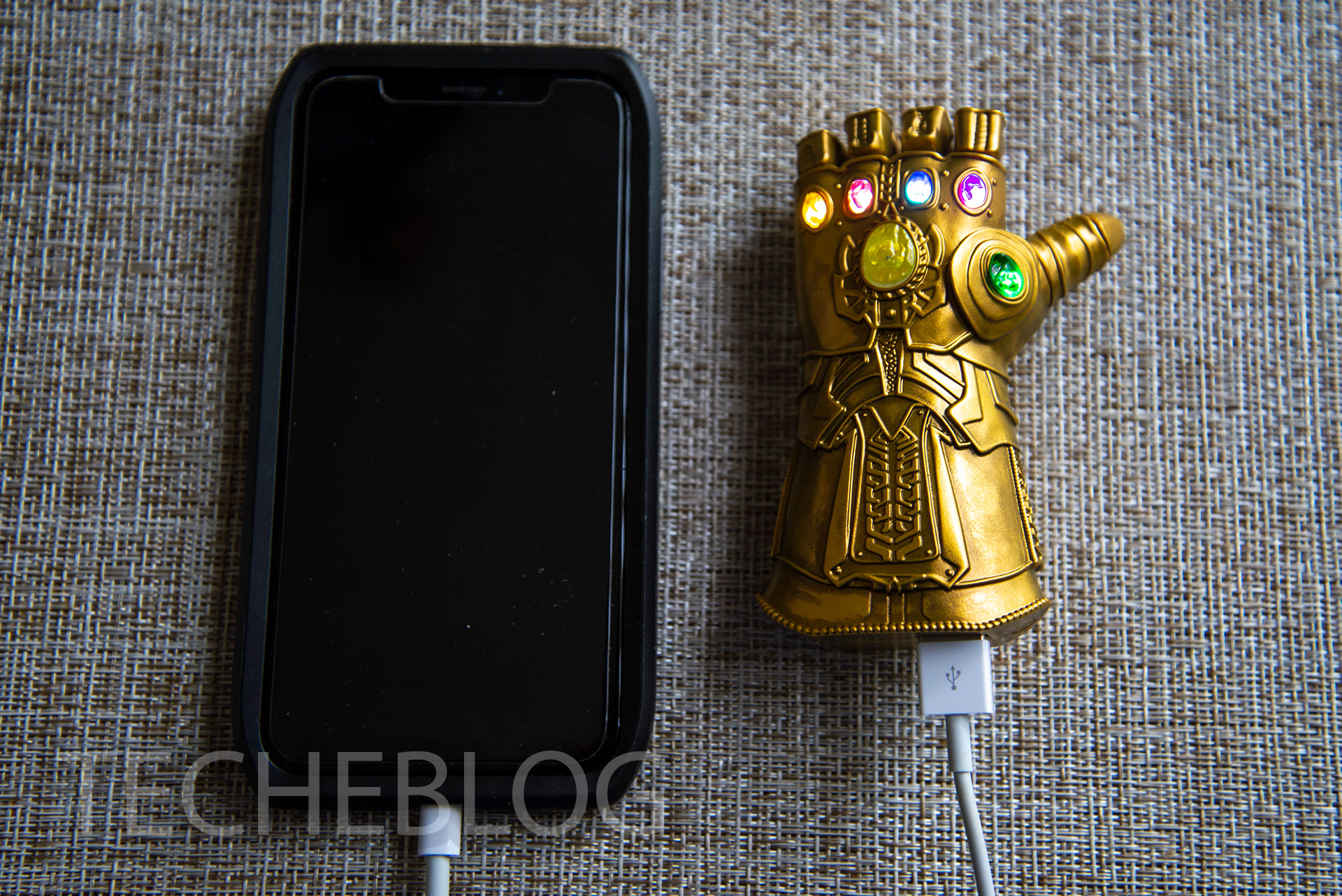 After plugging in a compatible device (smartphones, tablets, etc.), the gems will light up, and as power drains from the device, they LEDs automatically turn off to let you know the power level remaining. To charge the battery, simply plug the micro USB charging cable either into a power adapter or your computer. As for the action joints, the fingers on the gauntlet can be easily moved and posed in any position you like. 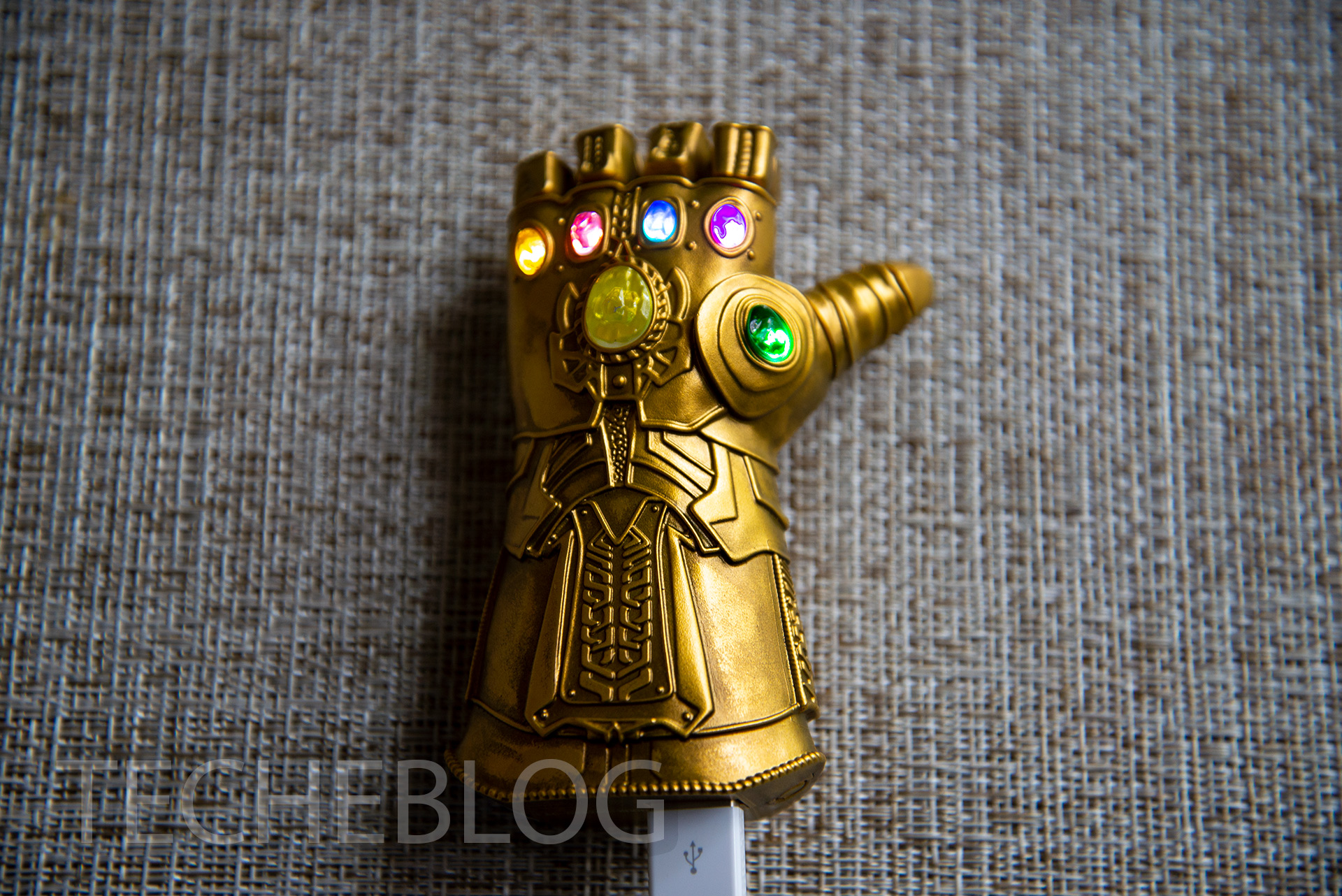 Is it worth $94 (original price $118)? The answer would be yes if you’re a comic book and / or Marvel fanatic, as it’s the only officially licensed power bank modeled after the Avengers Endgame Infinity Gauntlet. More information.