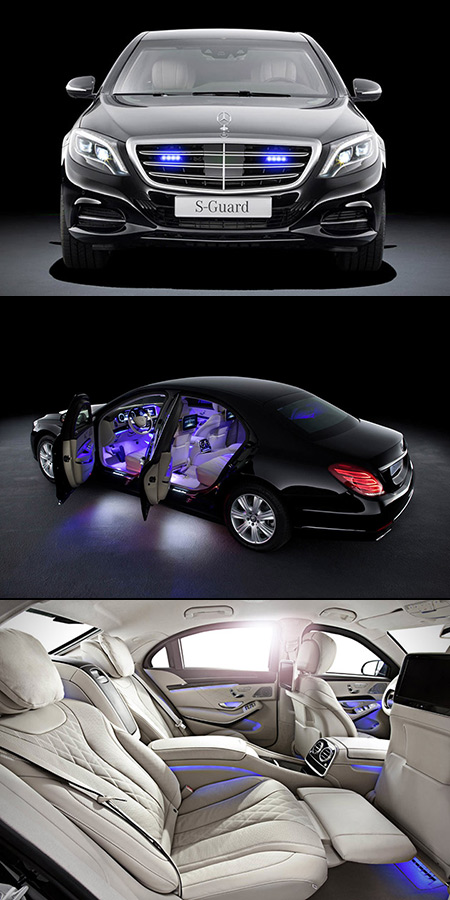 A special armored version of the Mercedes-Benz S-Class has been produced, known as the S-Guard. Features include the capability to withstand military-grade small arms fire and certain explosive devices, a self-sealing fuel tank, and an alarm system. The S-Guard is widely used at the diplomatic level to protect world leaders. Ninety governments worldwide are known to use the S-Guard for transport of government leaders and dignitaries. The company’s latest 2015 model is powered by a 390 kW (530 hp) V12 engine, has a top speed of 130 mph, and has upgraded 6-piston brake calipers to top things off. Continue reading for more pictures and information.

The S-Guard is built on a special production line at the S-Class facility in Sindelfingen, Germany, with specific S-Guard enhancements integrated at multiple stages throughout the production process. According to Hi Consumption, “The S-Class is packed with special reinforced steel fitted between the car’s frame and body which provides extra protection from bullets and rockets. The car also sports thickened laminated glass coated with polycarbonate to protect against splintered glass.”

18 Strange (Yet Real) Things People Have Spotted in Russia

They May Look Like Regular LEGO Bricks, But You Can Actually Eat These