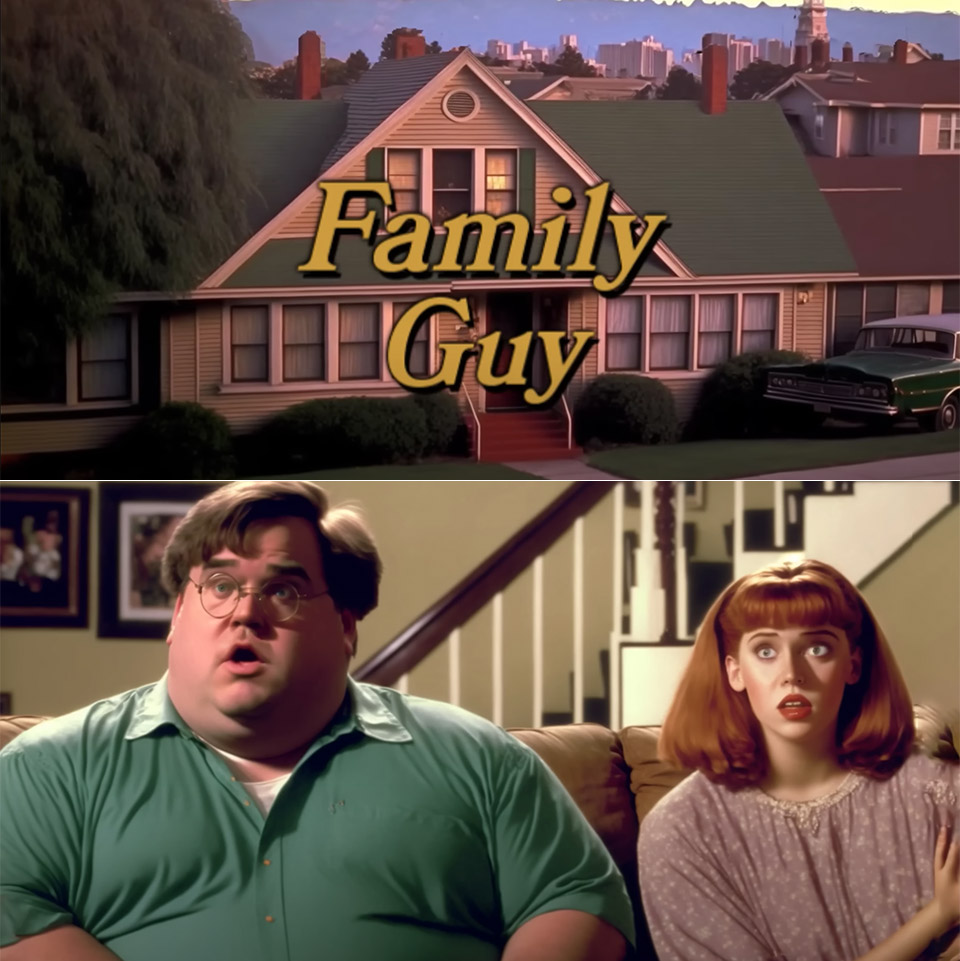 Midjourney AI can be used for many things, including showing us what ‘Family Guy’ would look like as a 1980s live-action sitcom, similar to Family Matters, Full House, Married with Children, etc. Lyrical Realms (LR) is behind this creation and all of the images you’re about to see were not generated purely from text prompts, but also includes data from existing images.

This wasn’t a smooth process either, as some of the images had imperfections, such as characters being too small or big and missing objects like Peter’s glasses. The most time consuming part was prompt engineering, as Lyrical Realms had to first generate around 1,500 images before he settled upon a style he liked. As for difficulty in generating specific characters, it turns out Peter was easiest and Cleveland / Quagmire tied for being the most difficult.

Photoshop was used only for two different purposes: to remove artifacts (for example sometimes images come out with black or red borders) and to separate the intro into layers and give a 3D effect,” said Lyrical Realms to Peta Pixel.

NASA Partners with DARPA to Develop DRACO, a Nuclear-Powered Rocket for Manned Missions to Mars