The MiG-29 is a twin-engine jet fighter aircraft designed in the Soviet Union, first entering service with the Soviet Air Force in 1983. While originally oriented towards combat against any enemy aircraft, many MiG-29s have been furnished as multirole fighters capable of performing a number of different operations, and are commonly outfitted to use a range of air-to-surface armaments and precision munitions. These days, civilians can pay to ride a MiG-29 Fulcrum to the edge of space. Continue reading for more cool facts.

5. There Are Several Variants 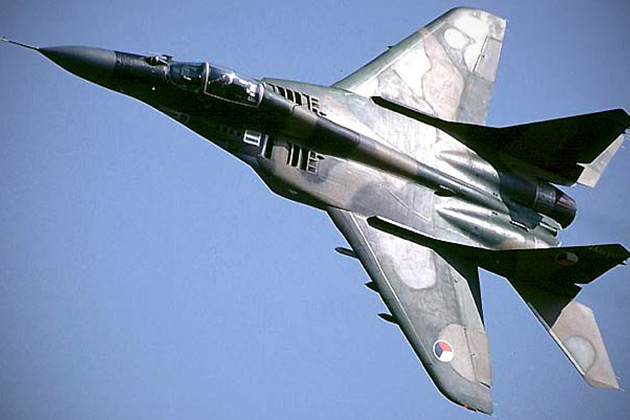 The MiG-29 has been manufactured in several major variants, including the multirole Mikoyan MiG-29M and the navalised Mikoyan MiG-29K; the most advanced member of the family to date is the Mikoyan MiG-35. Later models frequently feature improved engines, glass cockpits with HOTAS-compatible flight controls, modern radar and IRST sensors, considerably increased fuel capacity; some aircraft have also been equipped for aerial refuelling. 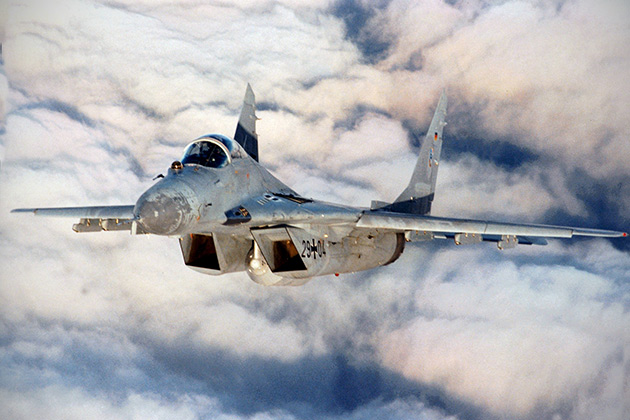 The MiG-29B has a fuel capacity of 4,365-litres, with extra external fuel tanks fixable to the wings. The internal fuel reserve is divided into six sub-tanks. For longer flights, this can be supplemented by a 1,500-litre centerline drop tank and, on later production batches, two 1,150-litre underwing drop tanks. In addition, a small number have been fitted with port-side in-flight refueling probes, allowing much longer flight times by using a probe-and-drogue system. 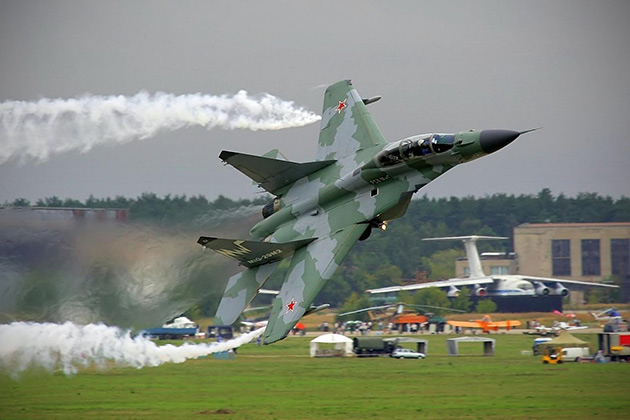 The baseline MiG-29B has a Phazotron RLPK-29 radar fire control system which includes the N019 Sapfir 29 look-down/shoot-down coherent pulse-Doppler radar and the Ts100.02-02 digital computer. Tracking range against a fighter-sized target was only about 70 km in the frontal aspect and 35 km in the rear aspect.

2. Could Carry a Single Nuclear Bomb

Armament for the MiG-29 includes a single GSh-30-1 30 mm cannon in the port wing root. The inboard pylons can carry either a 1,150-litre fuel tank, one Vympel R-27 (AA-10 “Alamo”) medium-range air-to-air missile, or unguided bombs or rockets. Some Soviet aircraft could carry a single nuclear bomb on the port inboard station.

The MiG-29 has two widely spaced Klimov RD-33 turbofan engines, each rated at 50.0 kN dry and 81.3 kN in afterburner. The space between the engines generates lift, thereby reducing effective wing loading, hence improving maneuverability. The engines are fed through intake ramps fitted under the leading-edge extensions (LERXs), which have variable ramps to allow high-Mach speeds.