Set to be completed in 2016, the Gotthard Base Tunnel will be the world’s longest and deepest railway tunnel beneath the Swiss Alps. With a route length of 57 km (35.4 mi) and a total of 151.84 km (94.3 mi) of tunnels, shafts and passages, it surpasses the Seikan Tunnel in Japan. Continue reading for a 42-minute video featurette, more pictures, and additional information. 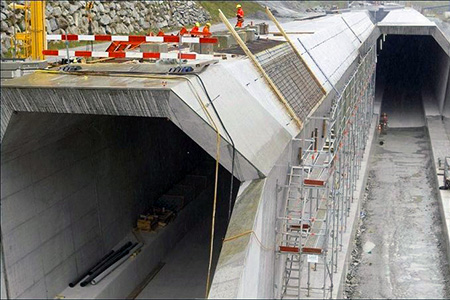 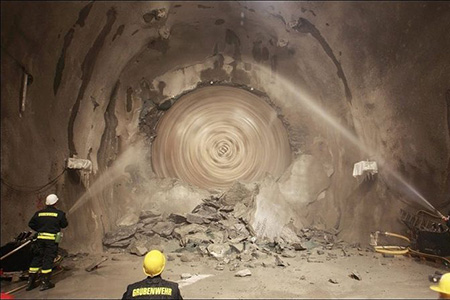 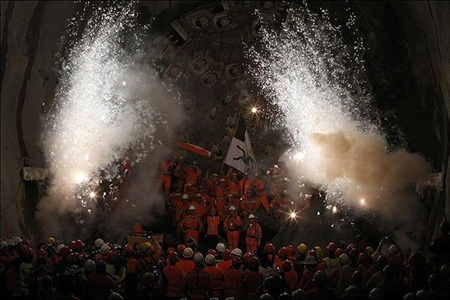 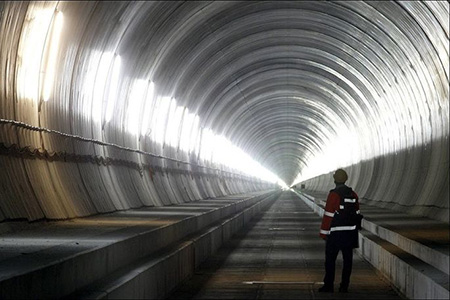 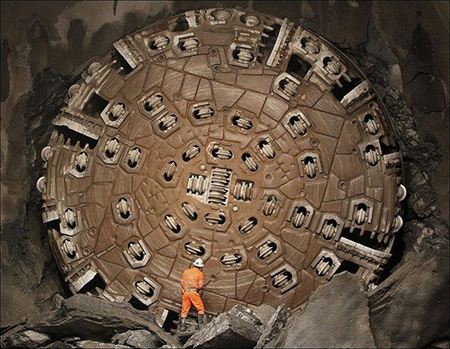 Its main purpose is to increase total transport capacity across the Alps, especially for freight, notably between Germany and Italy, and more particularly to shift freight volumes from road to rail to reduce environmental damage caused by ever-increasing numbers of trucks. A secondary benefit will be to cut the journey time for passenger trains from Zurich to Milan by about an hour and from Zurich to Lugano to 1 hour 40 minutes.

The project consists of two single-track tunnels. It is part of the AlpTransit project, also known as the New Railway Link through the Alps (NRLA), which includes the Lotschberg Base Tunnel between the cantons of Bern and Valais and the under construction Ceneri Base Tunnel (scheduled to open late 2019) to the south. It bypasses the Gotthardbahn, a winding mountain route opened in 1882 across the Saint-Gotthard Massif, which is now operating at capacity, and establishes a direct route usable by high-speed rail and heavy freight trains.

Stunning Valcambi Gold CombiBars Can be Snapped Apart, Might Be Future of Money

How Not to Use Photoshop to Add Objects