Immortal jellyfish, also known as Turritopsis nutricula, is the only form known to have developed the ability to return to a polyp state, by a specific transformation process that requires the presence of certain cell types (tissue from both the jellyfish bell surface and the circulatory canal system). Continue reading for two videos, more pictures, and additional information. 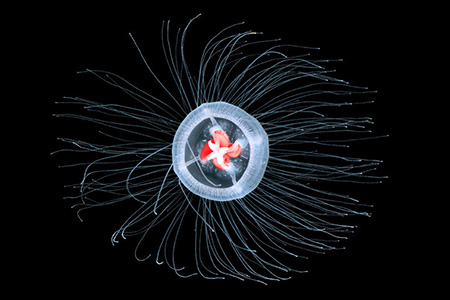 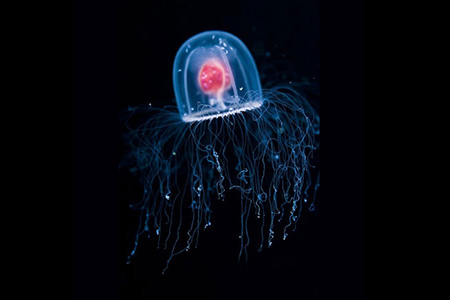 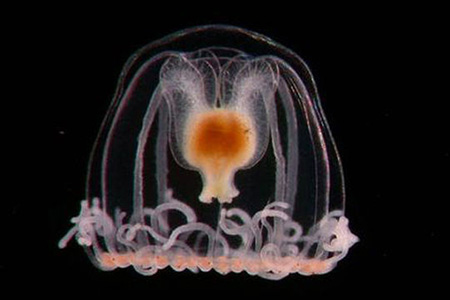 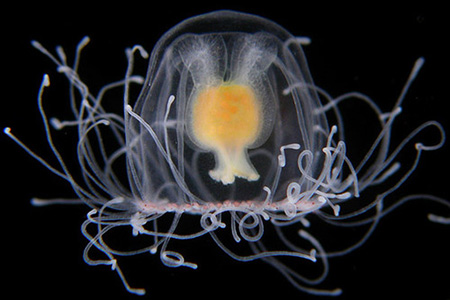 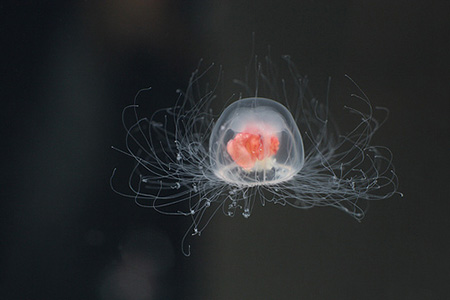 It does this through the cell development process of transdifferentiation. Cell transdifferentiation is when the jellyfish “alters the differentiated state of the cell and transforms it into a new cell”. In this process the medusa of the immortal jellyfish is transformed into the polyps of a new polyp colony. First, the umbrella reverts itself and then the tentacles and mesoglea get resorbed.

The reverted medusa then attaches itself to the substrate by the end that had been at the opposite end of the umbrella and starts giving rise to new polyps to form the new colony. Theoretically, this process can go on indefinitely, effectively rendering the jellyfish biologically immortal, although, in nature, most Turritopsis, like other medusae, are likely to succumb to predation or disease in the plankton stage, without reverting to the polyp form