In the near future, humans may be able to shop for cybernetic parts from the comfort of their own home. Of course, this would mean replacing their own limbs with prosthetic ones, but ones that are mind-controlled, like this bionic arm by DARPA. Developed at a cost of over $100 million, it’s controlled with a microchip in the brain that records neuron activity and decodes the signals to activate motor neurons that control the prosthetic. It works similar to a regular arm, with the ability to bend, rotate, and twist in 27 different ways. The arm restores almost complete hand and finger function to patients dealing with spinal cord injury, stroke, or amputation. Continue reading for five more cool inventions that can turn you into a real-life cyborg. 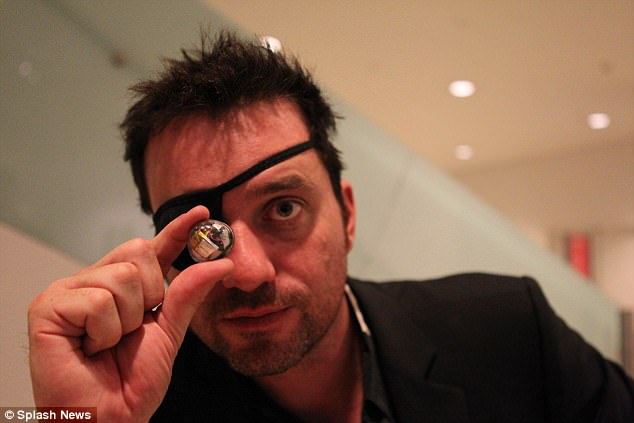 Toronto-based filmmaker Rob Spence is so dedicated to his craft that he’s replaced one of his eyeballs with a camera-eye. However, it’s not what you think, since he lost sight in one eye in a freak accident at the age of nine. Since then, he’s lived with a prosthetic eyeball in his right socket, until now. The camera appears to be a normal prosthetic, but this one isn’t connected to an optic nerve so Spence cannot actually see things. It’s equipped with a micro radio-frequency transmitter and whatever the eye sees is played back on a handheld monitor. 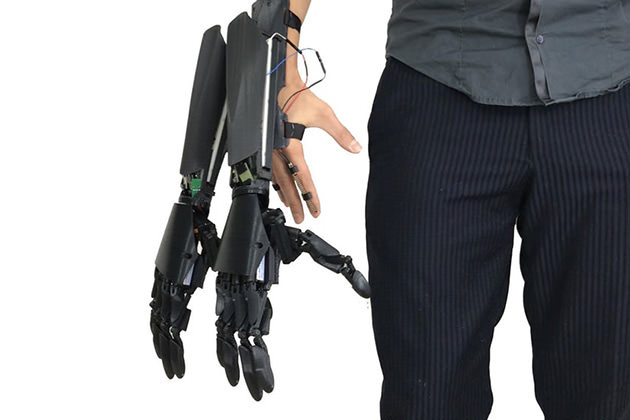 Italian Robotics Youbionic wasn’t satisfied with just a single robotic hand, so they created this set of dual robotic hands. The 3D printed device, made from nylon dust, consists of an Arduino micro-controller, actuators, and three electrodes that are activated by nerve impulses in the same way muscles move when neurons send signals from our brains. “When the brain sends an impulse to the muscle, the sensor reads it and translates it into a number proportional to the contraction and then sends this message to the microcontroller. The tech companies are working to increase our mind. We’re trying to increase our body. We are taking the first steps to build devices that work by supporting our native ability to obtain extraordinary abilities,” said CEO Federico Ciccarese. 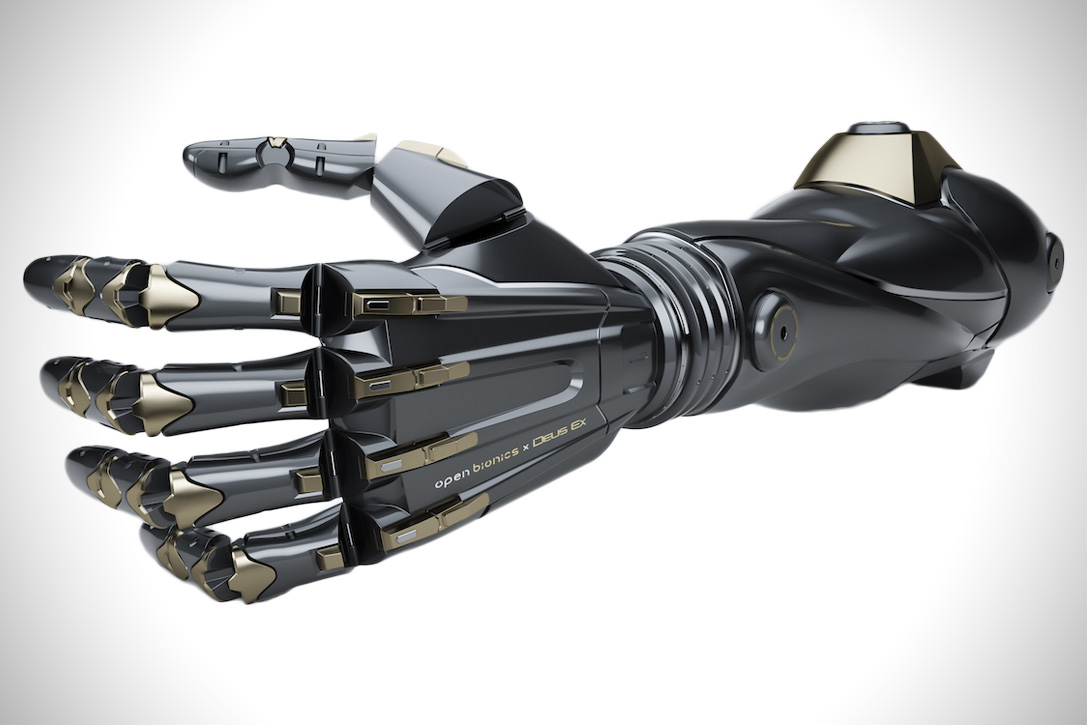 Open Bionics and the design team behind Deus Ex have partnered to create an affordable bionic arm modeled after the game’s main character, Adam Jensen. This new design incorporates the Square Enix game’s futuristic mentality into almost all aspects of their build, and most importantly, the arm’s blueprints will be open-source, and available for anyone to print themselves. The team plans to have this technology available within the next year, but no specific release date has been revealed. 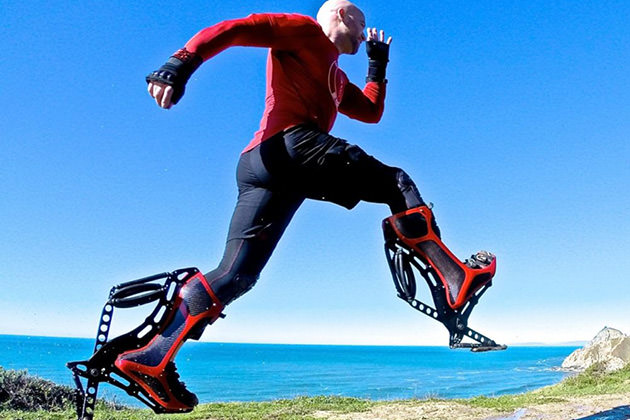 ‘Bionic Boots’ are innovative footwear that can basically help you achieve running speeds comparable to professional athletes like Usain Bolt. They feature innovative springs inspired by the Achilles tendon of ostriches or kangaroos that lend the wearer more force while running and puts a spring in their stride, literally. Current prototypes can reach a top speed of 25mph. “The Bionic Boots are the transportation of the future. They are meant to make a human run faster, inspired by fast land animals. The boots are comprised of a carbon fiber composite exoskeleton, and also aircraft grade aluminum. So the lightest materials were applied to provide the most efficient form of transportation,” said creator Keahi Seymour. 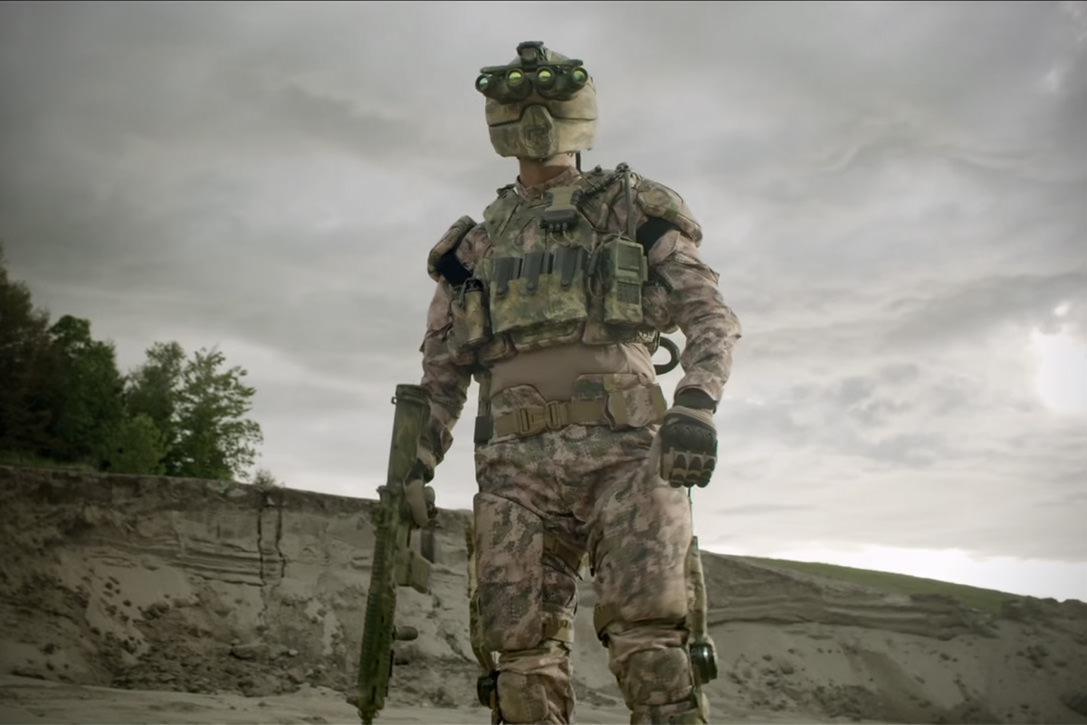 Revision Military’s exoskeleton works by transferring weight down from the helmet onto the suit, and then onto the hips and legs which are then assisted by the PROWLER system. When everything is activated, the suit reduces stress by using motor mechanisms in both knee-sides, alleviating the stress a dismounted soldier with a 70-80 pound would typically feel on his knee joints. On the battlefield, this equates to 6-hours of travel without the added fatigue of carrying a load.