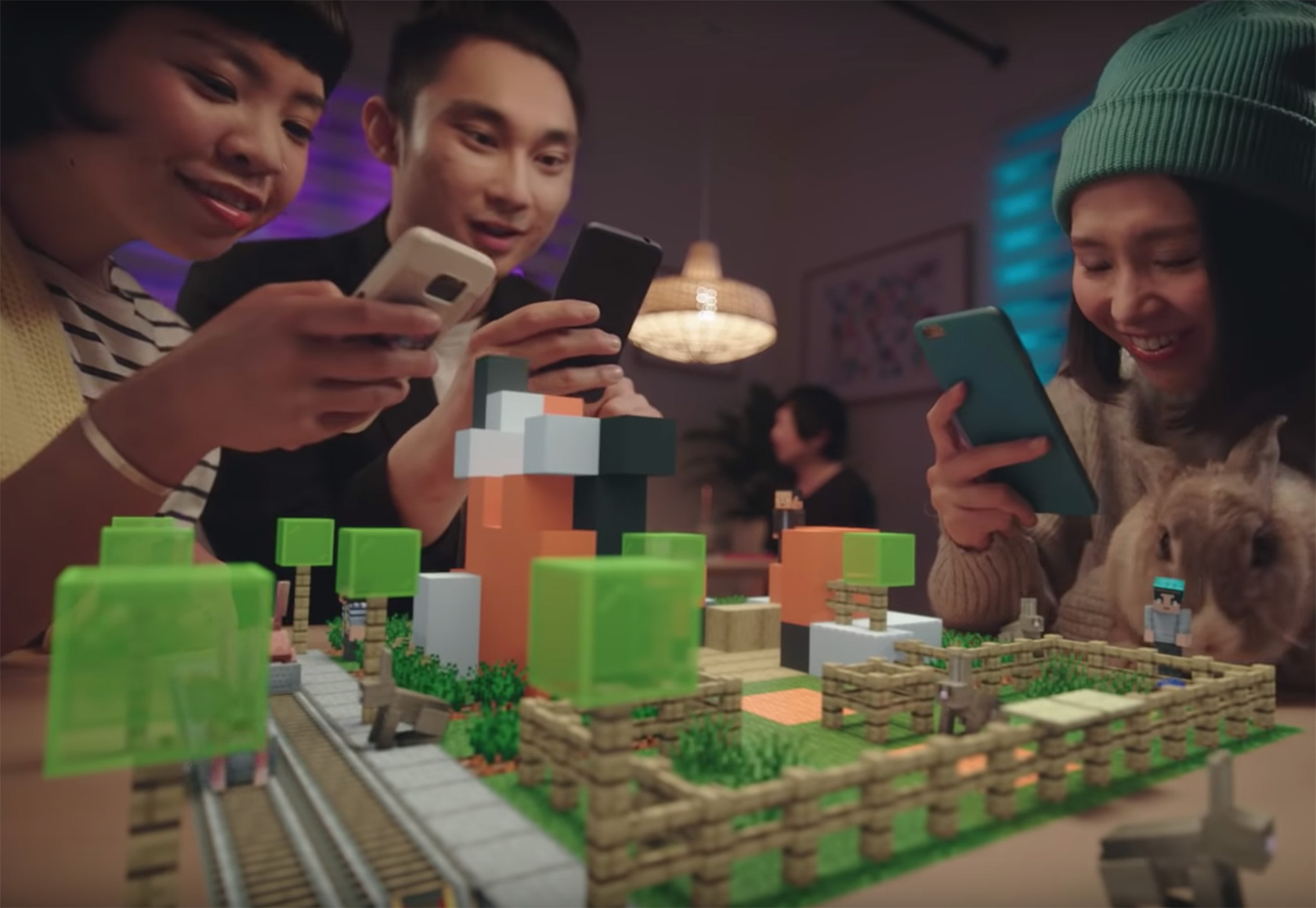 Microsoft announced today at Minecon 2019 that their augmented-reality mobile game Minecraft Earth is set to be launched in early access during October. Right now, the closed beta is only availability in a few large cities, including Mexico City, London, Seattle, Stockholm and Tokyo. For those who’ve never heard of this title, the AR game is centered around building structures, gathering resources, crafting and exploration. You augmented reality structures in collaboration with other players, gather resources using in the in-game map, and access “Adventures” (puzzles, tasks, virtual locations with entities to defeat). Read more for a video and additional information.

When players take on adventures, they’re rewarded with in-game currency, while collaborative construction is completed via “build plates”. Once completed, players can share their copies of their completed structures. Best of all, Minecraft Earth takes into account physical objects, like trees and lakes, so there are fewer incidents with the AR simulation.

We will release in a few smaller markets initially…and once we’re performing well in those markets, add more and more countries every few days/weeks until eventually we’re worldwide by this holiday,” said Microsoft in a statement.