The problem with self-driving cars is that LIDAR sensors and / or cameras can only be used reliably in good weather conditions, but MIT Computer Science and Artificial Intelligence Lab (CSAIL) researchers aim to solve that proble using Ground Penetrating Radar (GPR). This radar-based technology transmits electromagnetic pulses into the ground to measure the ground composition (soil, rocks and roots) and that data is then turned into a map for self-driving vehicles.

The Localizing Ground Penetrating Radar (LGPR) developed at the MIT Lincoln Laboratory works even on snow-covered roads or if visibility is impaired by fog. They’ve tested the system at low speeds on a closed country road, but highway and other high-speed tests are underway. When used with other self-driving technology, this would work perfectly in rainy conditions as well. 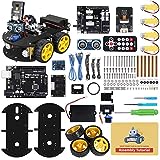 If you or I grabbed a shovel and dug it into the ground, all we’re going to see is a bunch of dirt. But LGPR can quantify the specific elements there and compare that to the map it’s already created, so that it knows exactly where it is, without needing cameras or lasers,” said says CSAIL PhD student Teddy Ort.