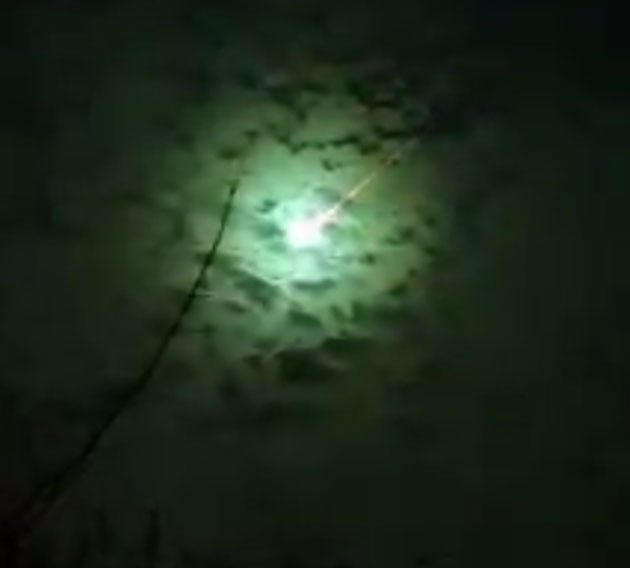 A mysterious green fireball soared through the sky over Argentina, triggering a wave of social media posts. The mesmerizing show lasted 10-seconds, and could be clearly seen from Argentina’s capital of Buenos Aires. Other reports of the dazzling display came in from Brazil’s southern state of Rio Grande do Sul, as well as its neighbor, Uruguay. Continue reading for a video of the phenomenon and more information.

Dr Francisco Diego, Senior Research Fellow at the Department of Physics and Astronomy, University College London, told Mail Online: “Our solar system still has lots of loose rocks and debris from its mother cloud. When the earth encounters them, they burn and produce what is known as a shooting star. Large ones are called fireballs. In addition there are thousands of pieces of rockets, old satellites, etc. in low earth orbit and they eventually burn in the atmosphere. He said that the occurrence was nothing to worry about, despite the fact that meteorites can sometimes fall to earth and cause damage. This however is extremely rare.”

Coin-Sized SanDisk Ultra Fit 128GB USB 3.0 Flash Drive Can Be Picked Up for Under $30 – Today Only