There’s probably good reason to believe that human giants exceeding 8-9 feet existed in the past, but some say there was an entire race, known as the Nephilim, who roamed the Earth over 2000 years ago. Continue reading for a video attempting to explain these giants. 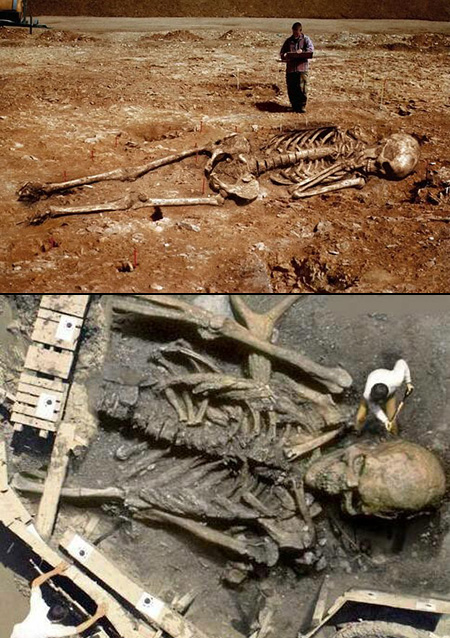 George Papashvily in his book Anything Can Happen (1940), claimed that there was a discovery in the Caucasus mountains of a cavern containing giant human skeletons “with heads as big as bushel baskets” and also of an ancient tunnel nearby which leads down into the inside of the earth. According to Papashvily one man who entered the tunnel never returned to the surface.