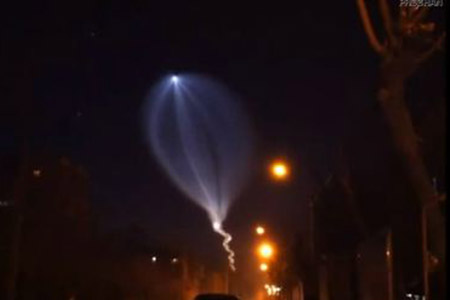 On Christmas Eve, the mysterious wormhole-like object appeared over Russia and some are even calling it a portal of sorts for UFOs. Many are comparing it to the Norwegian spiral anomaly of 2009, which was visible from northern Norway and Sweden and consisted of a blue beam of light with a greyish spiral emanating from one end of it. However, logical explanations for both of these incidents point to failed missile launches. Continue reading to see more.