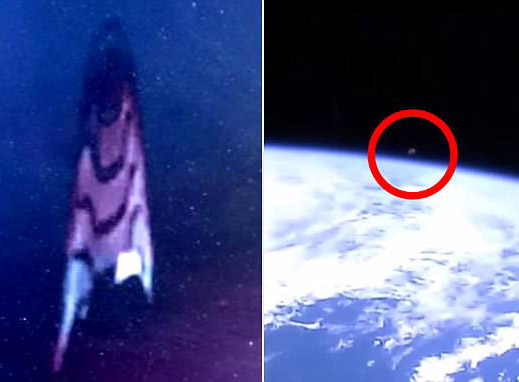 NASA has been known to cut off its live feed from the International Space Station whenever an unidentified flying object appears. There were two separate occasions this month where UFO hunters claim to have spotted mysterious objects floating on screen before going the camera goes offline. Toby Lundh recently spotted the one you see above right outside the space station, moments before the stream was disconnected. Continue reading for two videos and more information.

“He also says that Nasa has removed the recording from its archives as part of efforts to conceal alleged communication between astronauts and UFOs. In a separate incident last week, a grey object was seen coming up over the horizon and then disappearing moments before NASA switched to a different camera,” reports The Daily Mail.

There’s a 50% Chance You’ll Plug a USB Device in Correctly the First Try. This Design Solves the Issue