NASA’s Double Asteroid Redirection Test (DART) mission may sound like the plot for the 1998 movie Armageddon, but this is real and aimed to demonstrate kinetic impactor technology. In other words, impacting an asteroid to adjust its speed and path. DART’s main target is the binary asteroid system Didymos, and while not currently on a path to collide with Earth, thus posing no actual threat to the planet, the spacecraft will impact Dimorphos nearly head-on at 15,000 mph, shortening the time it takes the small asteroid moonlet to orbit by several minutes. Read more for two videos and additional information.

DART’s impulse of energy that it will deliver to the Didymos binary asteroid system is low and cannot disrupt the asteroid, as this is mainly a demonstration of NASA’s capability to respond to a potential asteroid impact threat, should one ever be discovered. The launch window opens on November 24, 2021 – February 15, 2022 and if a success, will take off on a SpaceX Falcon 9 rocket from Vandenberg Space Force Base in California. DART impact is expected to occur between September 26, 2022 – October 2, 2022. 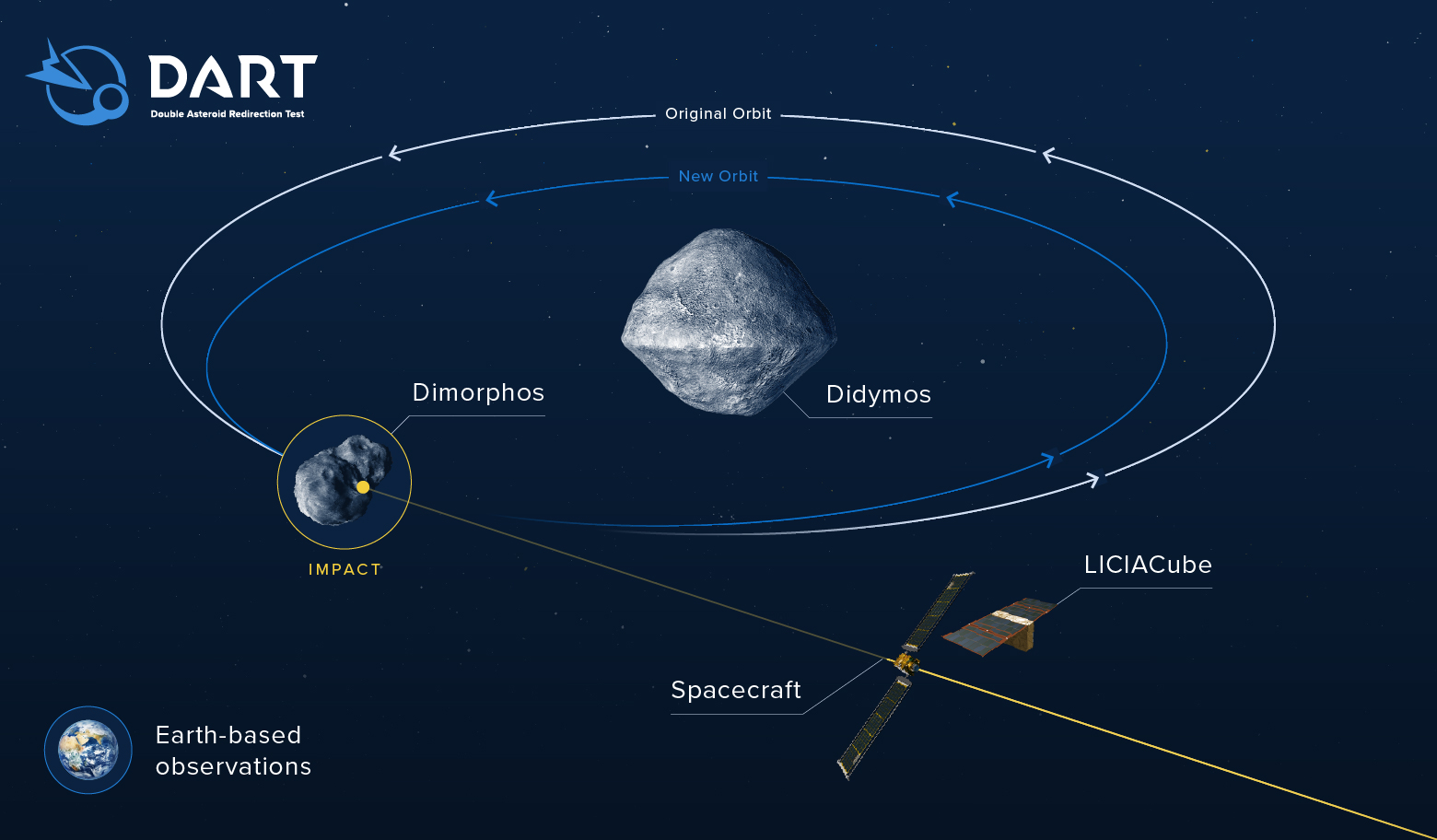 Traditional navigation techniques would only get DART somewhere within about 9 miles of the target asteroid. To achieve our mission objectives, we need to remove the rest of that error via onboard optical navigation. DRACO starts supplying images to DART’s onboard autonomous navigation system more than 50,000 miles from its target, four hours before the impact, and is key to DART achieving a kinetic impact on Dimorphos,” said APL’s Zach Fletcher, DRACO lead engineer.

Thicc Boi SP is the Last Mod Your Game Boy Advance SP Will Ever Need, Here’s Why