The NASA / ESA Hubble Space Telescope captured an incredible image of the ‘Black Eye Galaxy, also known as Messier 64 (M64). It can easily be identified due to a band of absorbing dust partially obscuring its bright nucleus, but what really sets this galaxy apart is its bizarre internal motion. Gas in the outer regions rotates in the opposite direction from the gas and stars in its inner regions.

What causes the bizarre internal motion? Researchers attribute it to a merger between Messier 64 and a satellite galaxy over a billion years ago. In the image, you can also see new stars forming in the region where the oppositely rotating gases collide, are compressed, and then contract. The hot, blue newly formed stars really stand out, along with pink clouds of glowing hydrogen gas that fluoresce when exposed to ultraviolet light from these stars. Messier 64 was discovered by English astronomer Edward Pigott and is located approximately 17 million light-years from Earth in the constellation Coma Berenices. This galaxy is almost as fascinating as the rings surrounding a black hole that the Chandra X-ray Observatory spotted. 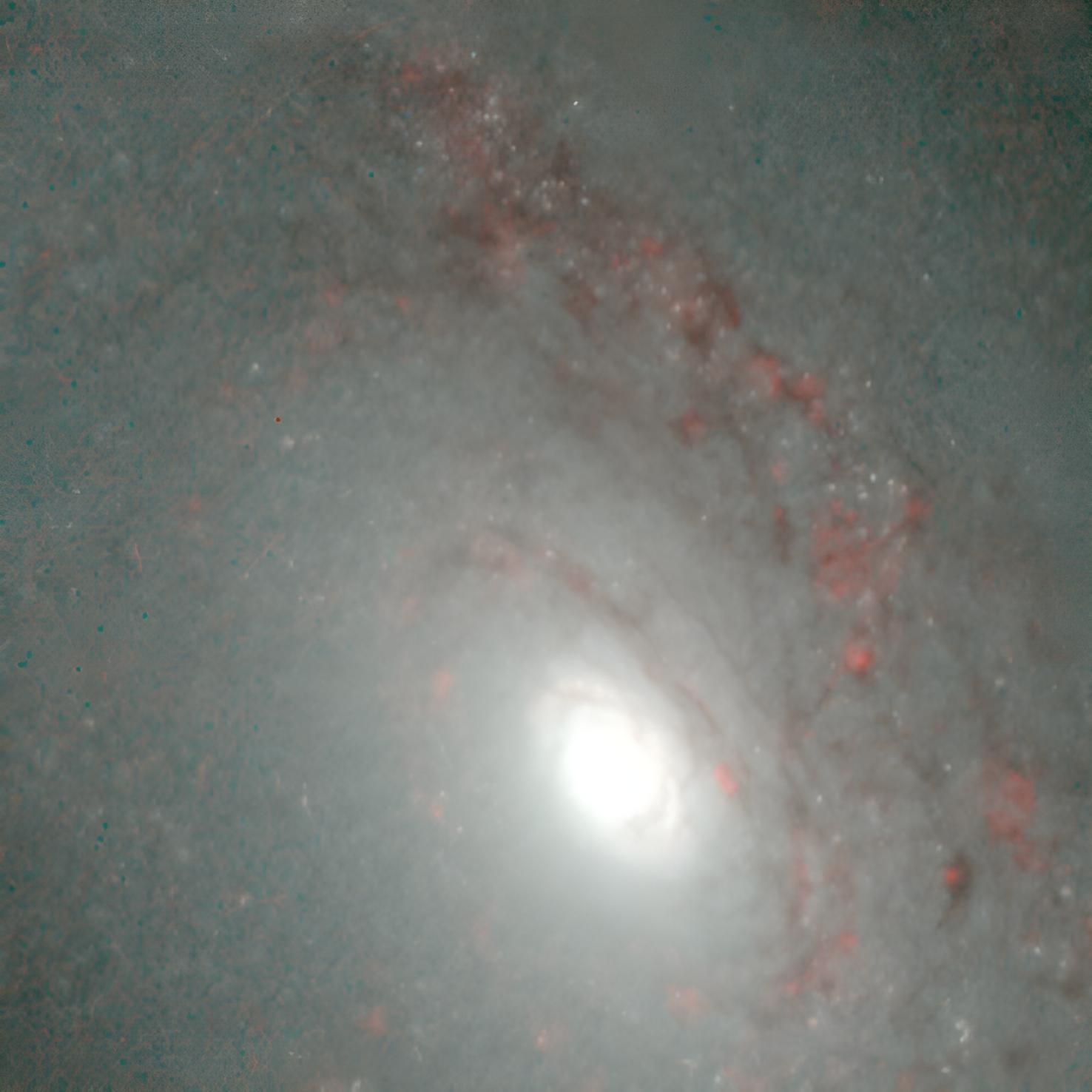 In order to penetrate the dust clouds swirling around the center of M64, Hubble observed it at infrared wavelengths. The resulting snapshot reveals the galaxy’s bright core and star-forming clouds that surround it,” said NASA.