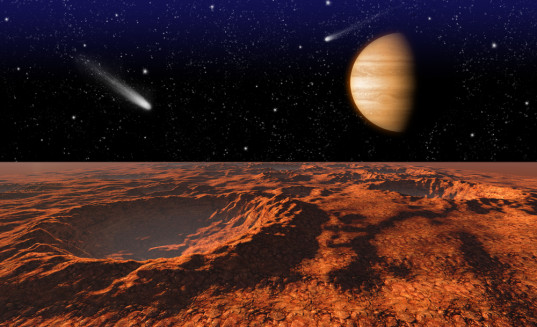 Are we alone in the universe? NASA says the answer to that burning question is “almost certainly no.” While we could meet our alien neighbors within the next two decades, they may not be of the space-faring or even intelligent type. Ellen Stofan, NASA chief scientist for the National Aeronautics and Space Administration, says: “I believe we are going to have strong indications of life beyond Earth in the next decade and definitive evidence in the next 10 to 20 years. We know where to look, we know how to look, and in most cases we have the technology.” Continue reading for a video and more information.

“NASA interim director of heliophysics, Jeffery Newmark added that finding life beyond Earth is ‘definitely not an if, it’s a when.’ What do they expect to find? Don’t think Klingon or Ewok, think much smaller – microscopically smaller down to the microbe level. ‘We’re not talking about little green men,’ Stofan noted. ‘We’re talking about little microbes,'” reports Inhabitat.