Here is a first look at the iPhone 5’s new USB cable, which will sport a new mini dock connector. The device is rumored to be announced during Apple’s September 12 press event, alongside the new iPad Mini. Continue reading to see the logic board and for more information. 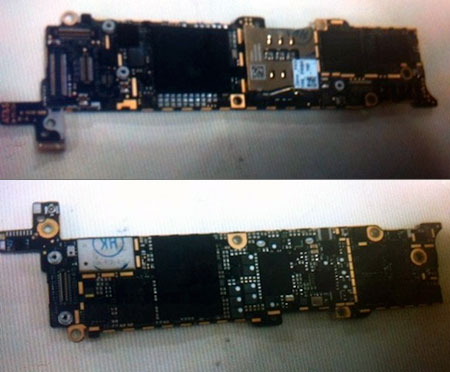 The report claims that the original source has said that the next-generation iPhone will use the A5X system-on-a-chip found in the third-generation iPad, although that conclusion does not appear to be directly drawn from the logic board photos.