Astronomers witnessed the nova explosion of V1674 Hercules on June 12, 2021, which is typically an unnoticeable star. However, this white dwarf syphoning substance from its nearby companion reached a maximum brightness of about magnitude 6.2 and became so bright that it could be seen with the naked eye briefly. 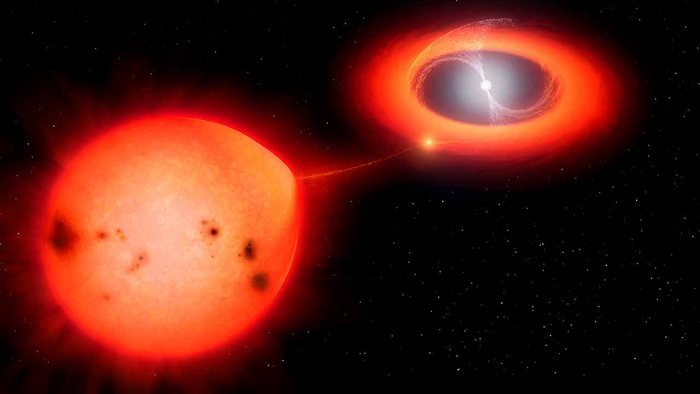 Think of this explosion as someone flicking a light switch on and off, making this astronomical event an even stranger anomaly. A wobble was spotted in both visible light waves and X-rays every 501 seconds. This is a significant discovery because it can reveal details about our solar system and the entire cosmos in general. However, Tsar Bomba still remains the world’s largest nuclear explosion yet here on Earth.

It was only about one day, and the previous fastest nova was one we studied back in 1991, V838 Herculis, which declined in about two or three days. The most unusual thing is that this oscillation was seen before the outburst, but it was also evident when the nova was some 10 magnitudes brighter,” said Starrfield, an astrophysicist in ASU’s School of Earth and Space Exploration

Boeing Starliner Spacesuit Previewed for First Time, Will be Worn by Astronauts on Future NASA Missions