Tsar Bomba was the Western nickname for the Soviet RDS-220 hydrogen bomb, code name Vanya. It was tested on October 30, 1961, and remains the most powerful human-made explosion in known history. Developed by the Soviet Union, the bomb had a yield of 50-megaton TNT, and a maximum yield of 100-megatons if it were to have included a U-238 tamper, but because only one was built, this theory was never demonstrated. Continue reading for five more cool facts about Tsar Bomba. Click here for a few bonus images of actual nuclear explosions over the years.

5. Equivalent to 1,570-times the Combined Energy of the Bombs That Destroyed Hiroshima and Nagasaki 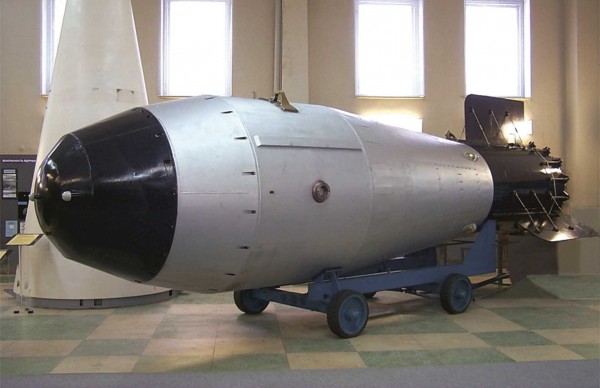 The Tsar Bomba was flown to its test site by a specially modified Tu-95V release plane, flown by Major Andrei Durnovtsev. Taking off from an airfield in the Kola Peninsula, the release plane was accompanied by a Tu-16 observer plane that took air samples and filmed the test. Both aircraft were painted with a special reflective white paint to limit heat damage. Despite this effort, Durnovtsev and his crew were assigned only a 50% chance of surviving the test. 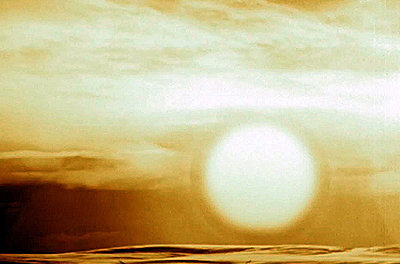 The bomb, weighing 27 metric tons, was so large (26-feet long by 6.9-feet in diameter) that the Tu-95V had to have its bomb bay doors and fuselage fuel tanks removed. The bomb was attached to an 800 kilogram parachute, which gave the release and observer planes time to fly about 28-miles away from ground zero. When detonation occurred, the Tu-95V dropped one kilometer in the air because of the shock wave, but was able to land safely.

2. All Buildings Within Sukhoy Nos Test Range Were Destroyed

1. Could Not Be Delivered by ICBM

The weight and size of the Tsar Bomba limited the range and speed of the specially modified bomber carrying it and ruled out its delivery by an intercontinental ballistic missile. Much of its high-yield destructiveness was inefficiently radiated upwards into space. It has been estimated that detonating the original 100-megaton design would have released fallout amounting to about 25% of all fallout emitted since the invention of nuclear weapons.