OnePlus co-founder Carl Pei was recently interviewed by Marques Brownlee (MKBHD), and during their conversation, the sub-$500 Nord smartphone was revealed. Aside from the Nord, we also catch glimpses of other various prototypes with camera placements not seen in other models. The Nord was originally just an experiment, but after the team realized its potential, a more traditional design was chosen, thus delaying its launch. Read more for the video and additional information.

Besides the price, we also find out that it’s powered by a Qualcomm Snapdragon 765G processor, has NFC connectivity, Warp Charging, a 90Hz AMOLED display, and a 4115mAh battery. OnePlus CEO Pete Lau plans to roll out the new product line by first introducing it in Europe and India before North America. The official press event for this smartphone is slated for July 21st, so we’ll find out more details then. 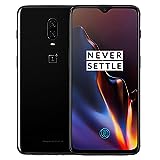