Photographer Steven Burton unveils his latest project, “Skin Deep,” which involves digitally removing the tattoos of ex-gang members to expose a side they haven’t seen in years. “A friend of mine was working at Homeboy Industries and took me to see the documentary G-dog; which is about father Greg Boyle and Homeboy Industries, which is an NGO that he founded and is director of. After watching the film, I was inspired by Father Greg Boyle and equally inspired and moved by the Homeboys/girls trying to change their lives against the odds. I knew I had to do something to help spread awareness. The concept came to me when I learned that tattoo removal was such an important part of leaving the gangs,” Burton told Peta Pixel. Click here for a few bonus images. 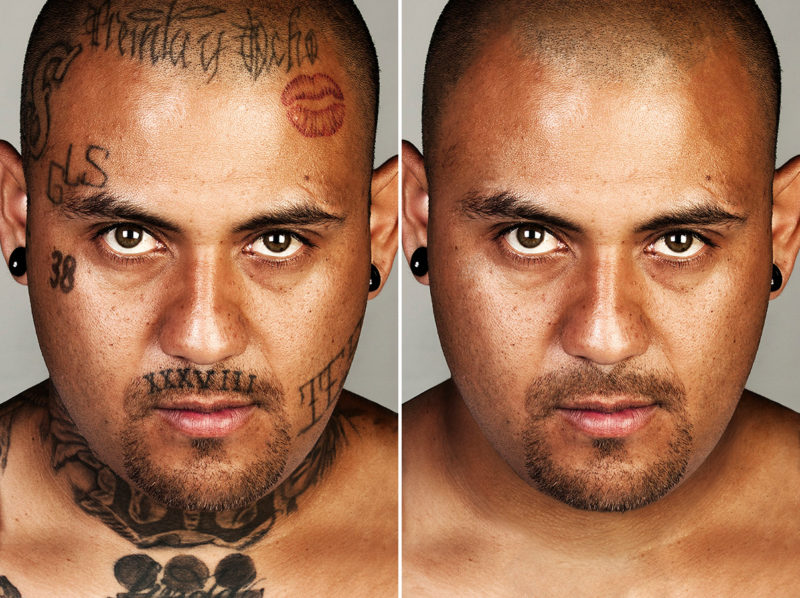 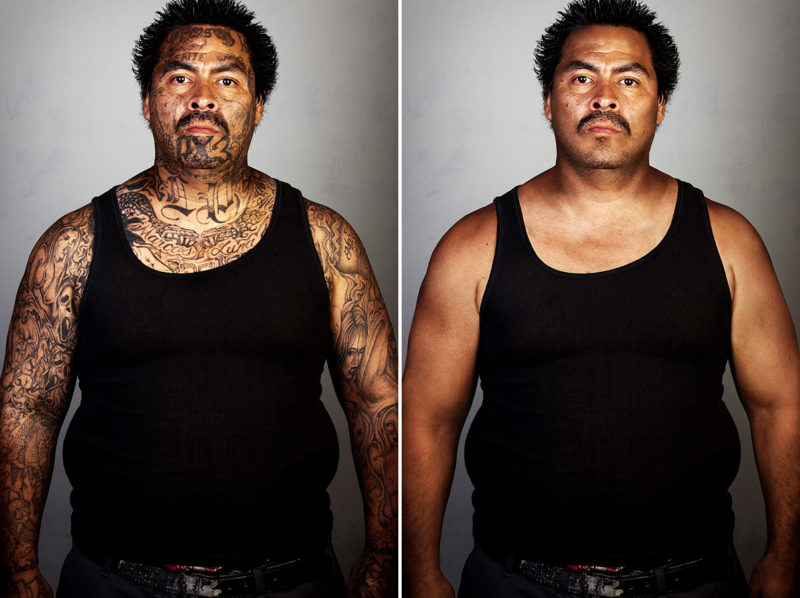 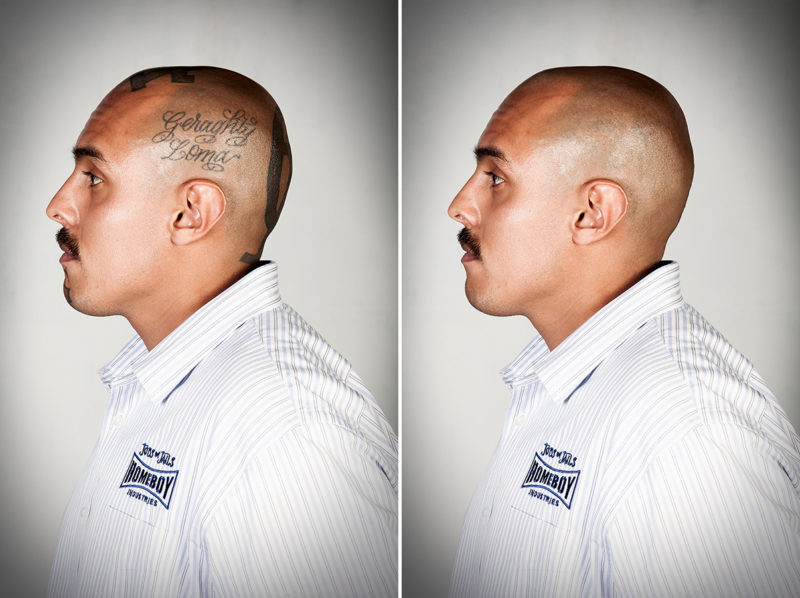 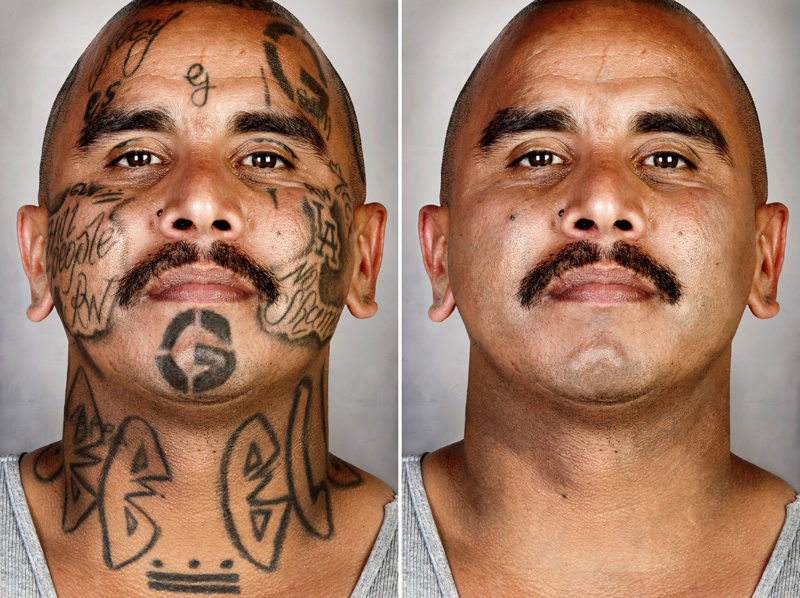 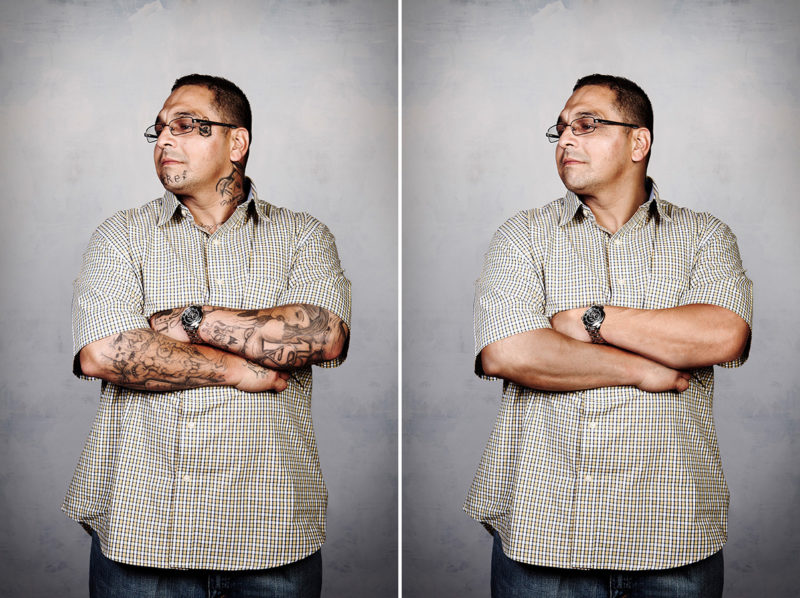 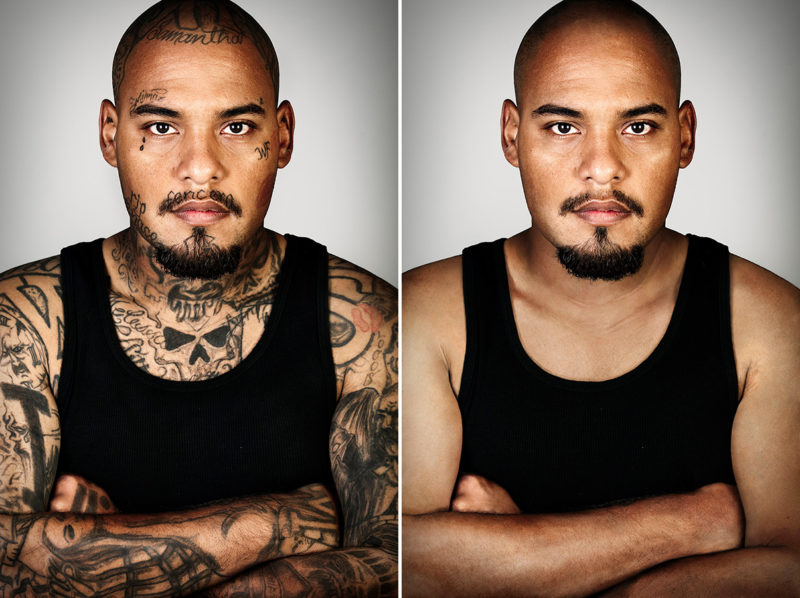 “I photographed 27 subjects. When I came up with the project I went home and took images of tattooed gang members off the Internet and tested the concept. I converted the before-and-after portraits into a GIF image showing the tattoos visible and then disappearing, put it on my phone, and rushed over to Homeboy Industries to propose the idea,” adds Burton.

SURVCO Tactical Credit Card Ax Fits in Your Wallet, Get One for $23.16