You’ve probably seen color-changing mugs before, but now physicist Manuel Linares from Spain has created an ice cream version. Called Xameleon, this ice cream changes colors as it melts and contains such ingredients as strawberries, cocoa, almonds, banana, pistachio, vanilla and caramel. When a reporter asked what’s the secret ingredient, this is what Linares said: “I am not giving out too much detail because the patents are still going through.” Continue reading to see what Xameleon looks like when frozen. 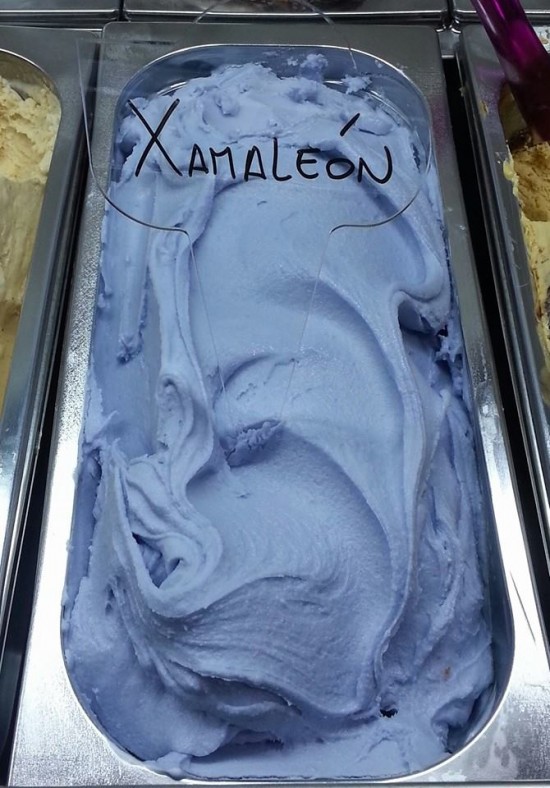 Prior to concocting Xameleon, Manuel studied physics at university and then went on to work as a professor before he finally decided to pursue his passion for cooking. This was his source of inspiration, “I am a huge fan of the British ice cream genius Charlie Francis, the creator of a fluorescent ice and founder of the company Lick Me Delicious, and I wanted to create an ice cream that changed color to try and do something new as well.”