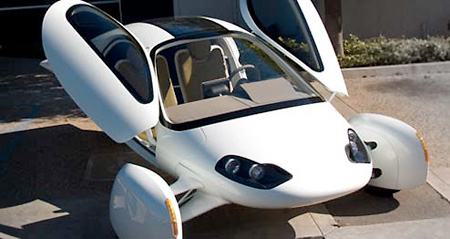 That’s right, the Aptera was spotted on the set of the new Star Trek Movie — “directed by J.J. Abrams and slated for an early May release.” Click here for first picture in gallery.

The new Star Trek flick tells the story of James T. Kirk’s youth and education at Star Fleet Academy. Word has it that Kirk and his homies cruise the campus for hot tail in the Aptera, which in the real world will allegedly get 30 mpg