Photo credit: JMS Wood Sculpture
It started as a piece from a redwood tree from Redwood Burl, but after lots of painstaking work, it became this stunning giant octopus, thanks to chainsaw artist Jeffrey Michael Samudosky. He’s a self-taught artist who started JMS Wood Sculpture back in 1998, and has since been featured on numerous television shows, including the Discovery Channel, as well as carving competitions worldwide. Read more for additional pictures and information. 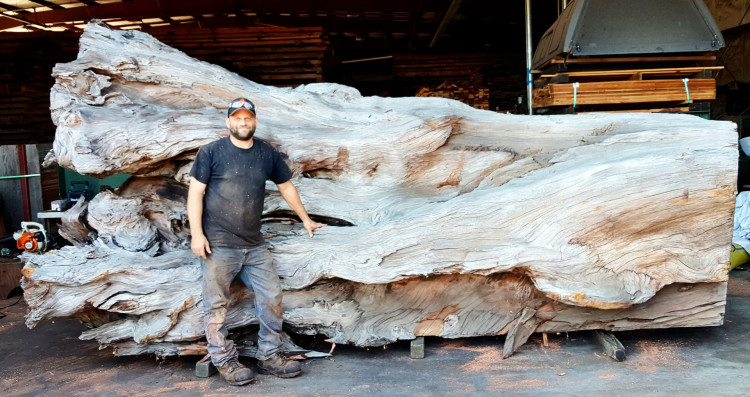 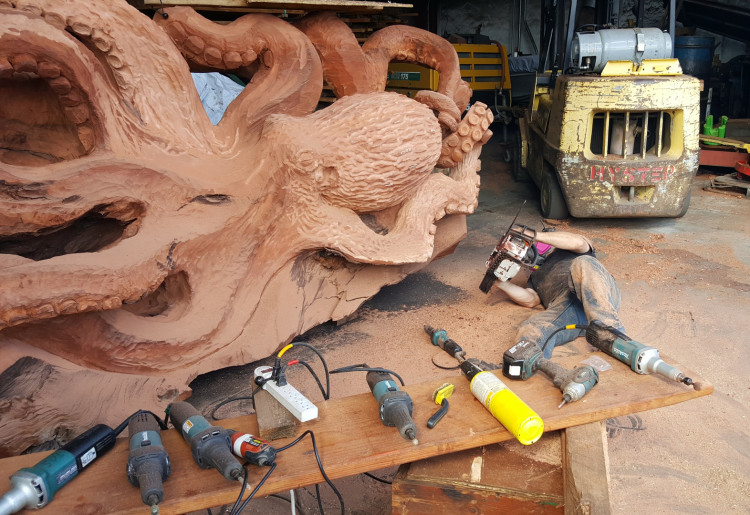 “Interestingly, Samudosky began his journey with chainsaw art after a snowboarding accident left him without feeling in his legs for eight months. After regaining his mobility, he decided to conquer his fears and begin snowboarding again. It was during a trip to the mountains in Vermont that he spied wood carvings on the side of the road, and from there he taught himself the artistic skill,” according to My Modern Met. 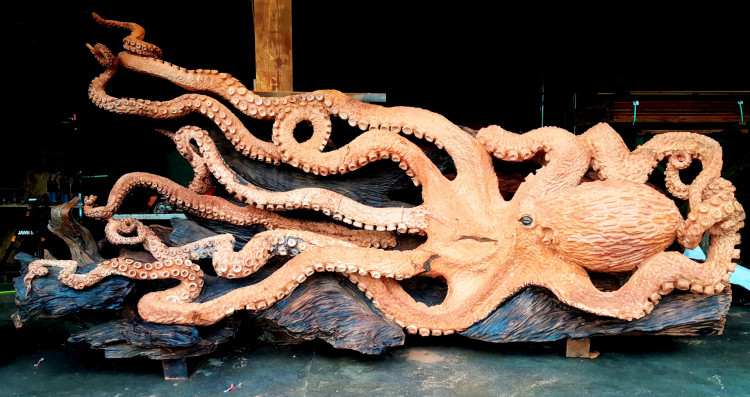 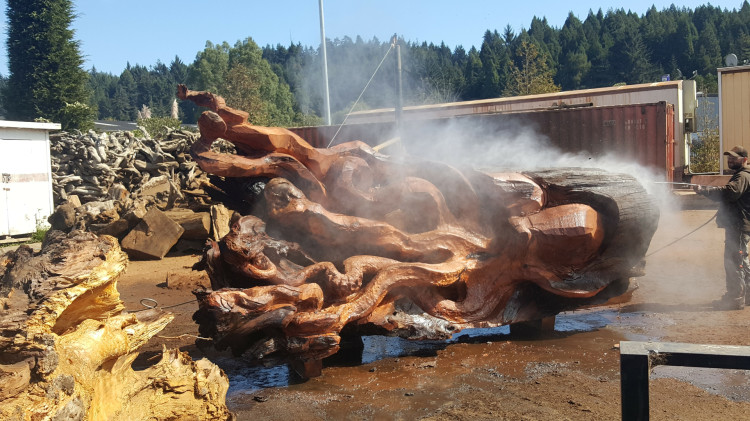