University of Western Ontario researchers, led by Madalena Kozachu, managed to use synchrotron X-ray beams and fluorescence imaging to restore 19th-century daguerreotype plates – basically iodine-sensitized silver-coated copper plates developed using heated mercury vapor. The original photos faded over time due to years of tarnish build up, but the mercury particles still remain. Using the new X-ray imaging and scanning process that takes 8 hours per plate, the mercury distributed on each plate can be isolated, thus recovering the original photos even when you can’t see them with your eyes. Continue reading for another example and more information. 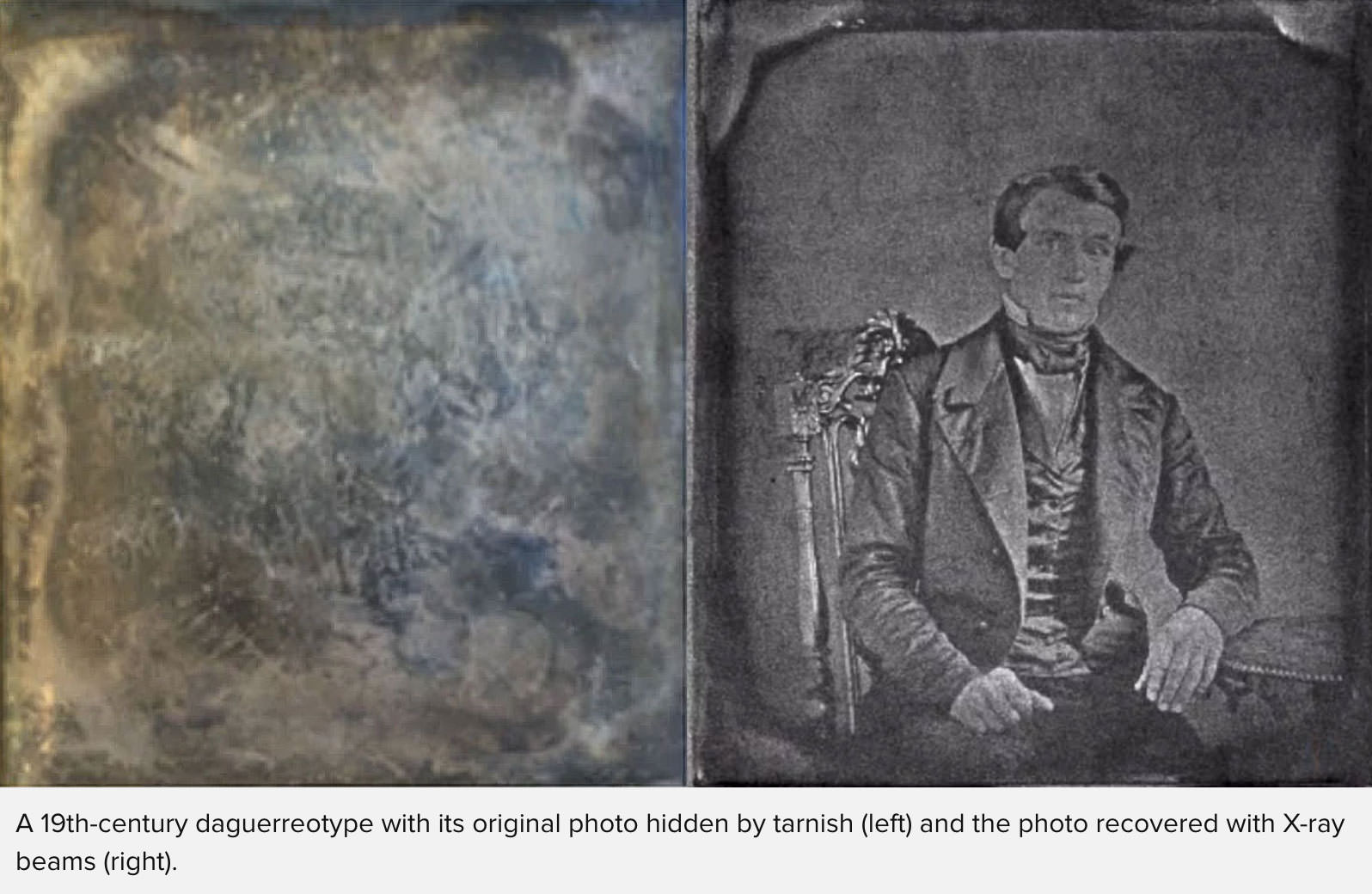 “The image is totally unexpected because you don’t see it on the plate at all. It’s hidden behind time. But then we see it and we can see such fine details: the eyes, the folds of the clothing, the detailed embroidered patterns of the table cloth. When we were able to get such resolution of those images beneath the tarnish, it was shocking. We were all thrilled with the outcome,” Kozachuk told the London Free Press.