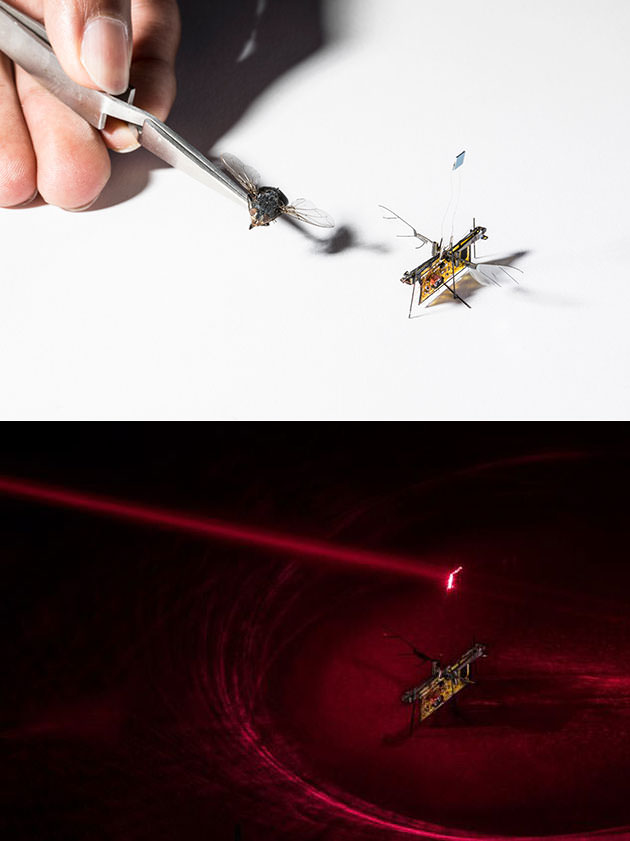 We have seen the future of tiny robots, and they include RoboFly, a laser-powered, toothpick-sized bot that specializes in disaster recovery, or going where humans can’t. University of Washington engineers have managed to complete un-tethered flights with RoboFly, meaning no wires at all. “Before now, the concept of wireless insect-sized flying robots was science fiction. Would we ever be able to make them work without needing a wire?,” said co-author Sawyer Fuller, an assistant professor in the UW Department of Mechanical Engineering. However, full autonomy is still around 5-years away. Continue reading for another video and more information.

“RoboFly is only slightly heavier than a toothpick and is powered by an onboard circuit that converts the laser energy into enough electricity to operate its wings. Previously, the electronics the insects carried to power and control their wings were too heavy for the robots to fly with, meaning they had to remain connected to a wire,” reports The Daily Mail.