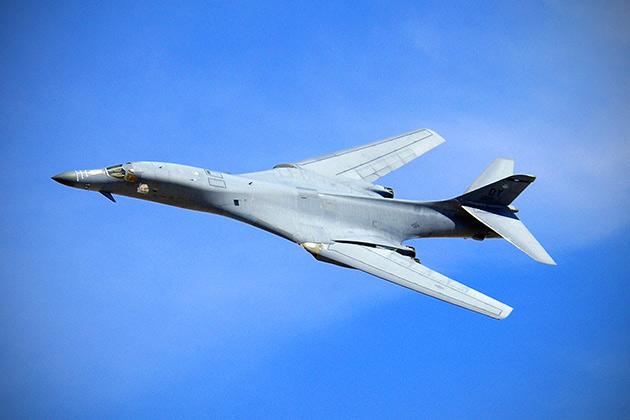 The variable-aspect intake ramps were replaced by simpler fixed geometry intake ramps in the newer design. This reduced the B version’s radar signature; the reduction in radar cross-section was seen as a good trade off for the speed decrease. High subsonic speeds at low altitude became a focus area for the revised design, and low-level speeds were increased from about Mach 0.85 to 0.92. The B-1B has a maximum speed of Mach 1.25 at higher altitudes. 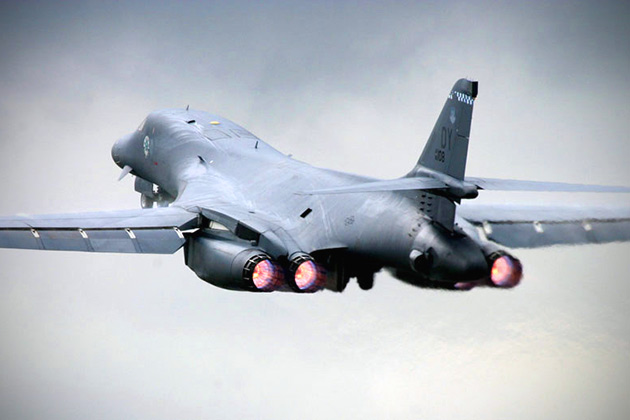 The B-1B’s maximum takeoff weight was increased to 477,000 pounds from the B-1A’s 395,000 pounds. The weight increase was to allow for takeoff with a full internal fuel load and for external weapons to be carried. Rockwell engineers were able to reinforce critical areas and lighten non-critical areas of the airframe, so the increase in empty weight was minimal. 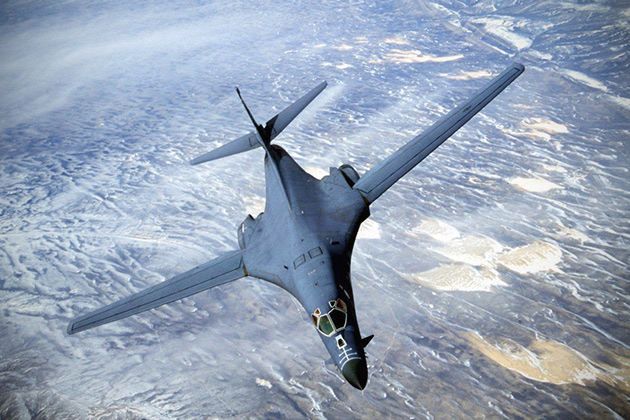 The B-1’s main computer is the IBM AP-101, which is also used on the Space Shuttle orbiter and the B-52 bomber. The computer is programmed with the JOVIAL programming language. 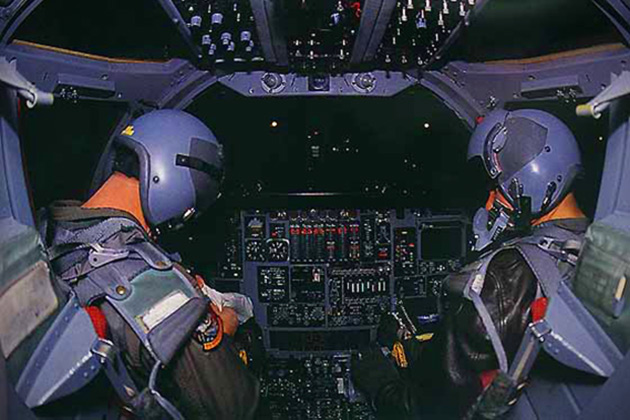 Aiding the B-1’s survivability is its relatively low radar cross-section (RCS). Although not technically a stealth aircraft in a comprehensive sense, thanks to the aircraft’s structure, serpentine intake paths and use of radar-absorbent material its RCS is about 1/50th of the similar sized B-52’s RCS; this is about 26 ft2 or 2.4 m2, roughly equivalent to the RCS of a small fighter aircraft.

In February 2014, work began on a multi-year upgrade of 62 B-1Bs, scheduled to be completed by 2019. The vertical situation display upgrade (VDSU) shall replace existing flight instruments with multifunction color displays, a second display shall aid threat evasion and targeting, and act as a back-up display. Additional memory capacity is to be installed for the diagnostics database. Other additions are to replace the two spinning mass gyroscopic inertial navigation system with ring laser gyroscopic systems and a GPS antenna, replacement of the APQ-164 radar with the Scalable Agile Beam Radar – Global Strike (SABR-GS) active electronically scanned array, and a new attitude indicator.

Add Extra Storage with Lexar’s High-Performance 64GB MicroSDXC 633x, Get One for Under $32 – Today Only