Smartphones that can be charged in just minutes will soon become a reality, thanks to new supercapacitor-based battery technology. The material is as thin as a wafer, but can turn phone casings, car chassis and even walls into quick charging batteries. Scientists at Vanderbilt University claim that they have created the first working prototypes of the technology. Continue reading for one more picture and information. 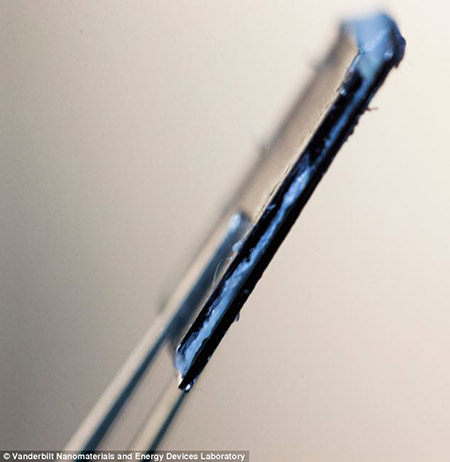 According to The Daily Mail, “The new device that Pint and Westover has developed is a supercapacitor that stores electricity by assembling electrically charged ions on the surface of a porous material, instead of storing it in chemical reactions the way batteries do. As a result, supercaps can charge and discharge in minutes, instead of hours, and operate for millions of cycles, instead of thousands of cycles like batteries.”

Hubsan X4 H107C Quadcopter with Built-in Camera Gets 42% Reduction to $58.49 Shipped, This Weekend Only