Area 51, also known as Groom Lake, is best known a remote detachment of Edwards Air Force Base. According to the Central Intelligence Agency (CIA), the correct and official names for the Area 51 facility are the Nevada Test and Training Range and Groom Lake – the name Area 51 was used in a CIA document from the Vietnam war. In July 2013, following a FOIA request filed in 2005, the Central Intelligence Agency publicly acknowledged the existence of the base for the first time by declassifying documents detailing the history and purpose of Area 51. Continue reading for five crazy things you might not have known about Area 51. 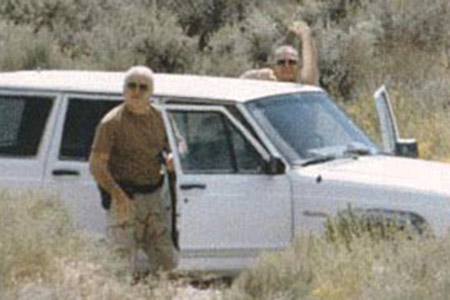 There are several theories about how Area 51 got its name, and the most popular one is that the facility borders the Nevada Test Site (NTS). The AEC used the NTS as testing grounds for nuclear bombs. The NTS is mapped as a grid of squares that are numbered from one to 30 (with a few omissions). Area 51, while not part of this grid, borders Area 15. Many say the site got the name Area 51 by transposing the 1 and 5 of its neighbor. 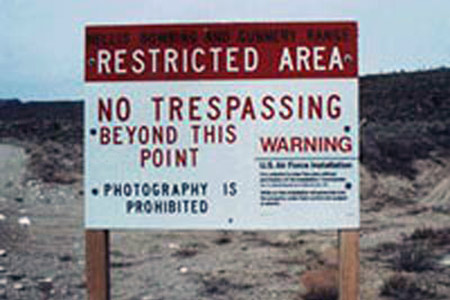 Despite being declassified, every person at Area 51, whether military or civilian, must sign a secrecy oath. All the buildings at the facility do not have windows, preventing employees and / or contractors from seeing anything not related to their own duties at the base – compartmentalized would be the best way to describe it. Some people who’ve been on base say that different teams would work on similar projects at the same time and when testing a secret aircraft, officials ordered all uninvolved employees to stay inside until the test flight was over and the aircraft returned to its hangar. 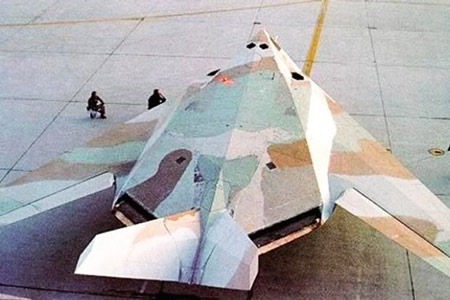 The Lockheed Have Blue prototype stealth fighter (a smaller proof-of-concept model of the F-117 Nighthawk) first flew at Groom in December 1977. In 1978, the Air Force awarded a full-scale development contract for the F-117 to Lockheed Corporation’s Advanced Development Projects. On 17 January 1981 the Lockheed test team at Area 51 accepted delivery of the first full Scale Development (FSD) prototype 79�780, designated YF-117A. At 6:05 am on 18 June 1981 Lockheed Skunk Works test pilot Hal Farley lifted the nose of YF-117A 79�780′ off the runway of Area 51. 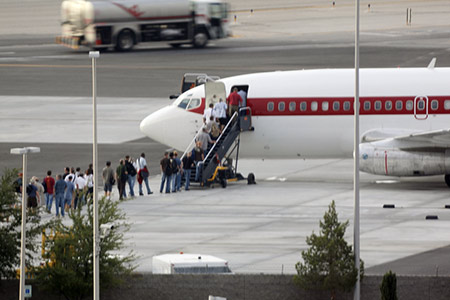 It’s estimated that over 1,000 people each day go to and from Area 51 and the most common method is via air commute (on unmarked JANET flights) from Las Vegas. The second is a white bus that picks up local commuters from Crystal Springs, Ash Springs, and Alamo. Though you may only be able tsee the JANET flights when they leave Las Vegas, the white bus can be seen each morning around 8:30AM, as it drives through the front gates of Area 51.

Robert Lazar shocked the world in 1987 when he went on television claiming to have been part of an operation that worked on alien technology. He stated that the government has had possession of at least nine alien spacecraft at a base called S-4, which is not far from Groom Lake. The facility even had diagrams showing a UFO levitating several feet above the ground with the caption “They’re Here!” EG&G hired him to help reverse engineer the technology in the alien craft for use in U.S. military vehicles and power production.

Hubsan X4 H107C Quadcopter with Built-in Camera Gets 42% Reduction to $58.49 Shipped, This Weekend Only