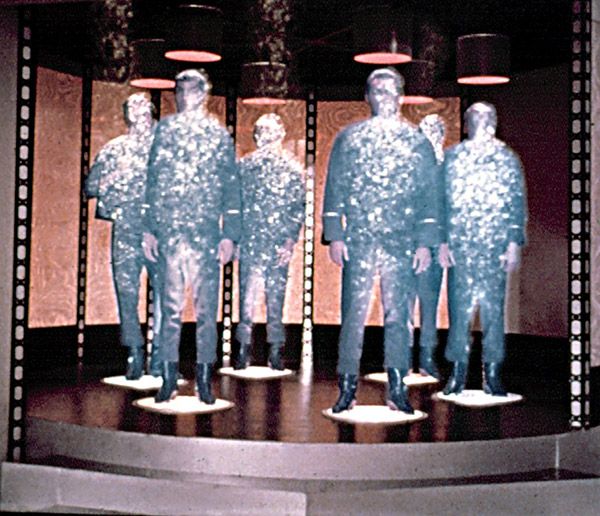 We may still be decades away from Star Trek-like teleportation, but researchers have successfully teleported the quantum state of a photon, a particle of light, over 15.5 miles (25 kilometers) of optical fiber to a crystal ‘memory bank,’ making it the furthest distance of its kind yet. This could lead to breakthroughs in cryptography, which involves transmitting information securely, including communications between Earth and spacecraft. Continue reading for a video on quantum teleportation and for more information.

Francesco Marsili, microdevices engineer at NASA’s Jet Propulsion Laboratory, Pasadena, California, says: “We can imprint the state of a system on another system, even when the two are far apart. Using this effect in communications could help in building an intrinsically secure space communication network — i.e., communication channels that cannot be hacked. It’s hard to detect a single photon, so you need to make a sensitive detector. Here at JPL, in collaboration with NIST, we developed the most sensitive detector in the world. In an entangled system, each part is connected to one another in a fundamental way, such that any action performed on a part of the entangled system has an effect on the whole entangled system.”

7 Cool and Creative Slippers That Geeks Would Love