SpaceX’s Starship SN8 met a fiery end at the launch site in Boca Chia, Texas, due to a CH4 *header tank issue that caused a power interruption and eventual loss of spacecraft control near the ground. Yesterday, Starship SN9 didn’t fare much better, but apparently, one of its Raptor engines failed to ignite, which caused the crash this time around. On a brighter note, Elon Musk already has Starship SN10 ready to go at the launch pad. Read more for the video and additoinal information.

Originally, SN9 was going to launch last week, but did not get FAA clearance in time. An FAA spokesperson stated that even though this was an uncrewed test flight, their investigation will identify the root cause of SN9’s mishap and possible opportunities to further enhance safety as the program develops. 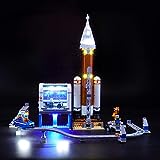 Unlike its aircraft division, which is fine, the FAA space division has a fundamentally broken regulatory structure. Their rules are meant for a handful of expendable launches per year from a few government facilities. Under those rules, humanity will never get to Mars,” said Elon Musk about the FAA.