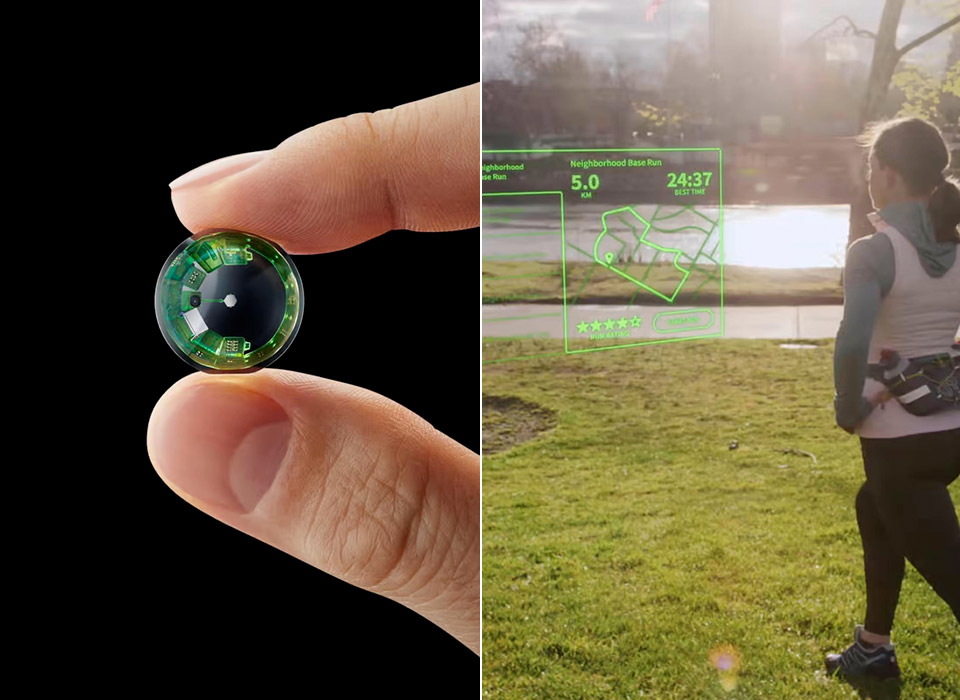 Mojo Vision CEO Drew Perkins tried out the company’s smart contact lenses for the very first time, and at the heart of each one, you’ll find a cutting edge 14,000 pixel- per-inch MicroLED display. The display measures less than 0.5mm in diameter with a pixel-pitch of 1.8 microns, making it the world’s smallest and densest display ever created for dynamic content.

The company also developed custom application specific integrated circuit (ASIC) designs for Mojo Lens that incorporates a 5GHz radio and ARM Core M0 processor that transmit sensor data off the lens. In other words, it’s capable of streaming augmented reality (AR) content directly to the MicroLED display. Other features include a custom-configured accelerometer, gyroscope, and magnetometer designed to continuously track eye movements so that AR imagery is held still as the eyes move. A proprietary power management system boasts medical-grade micro-batteries and a Mojo-developed power management integrated circuit. There’s no word yet on pricing or availability. This would definitely complement Facebook’s brain-controlled neural wristband. 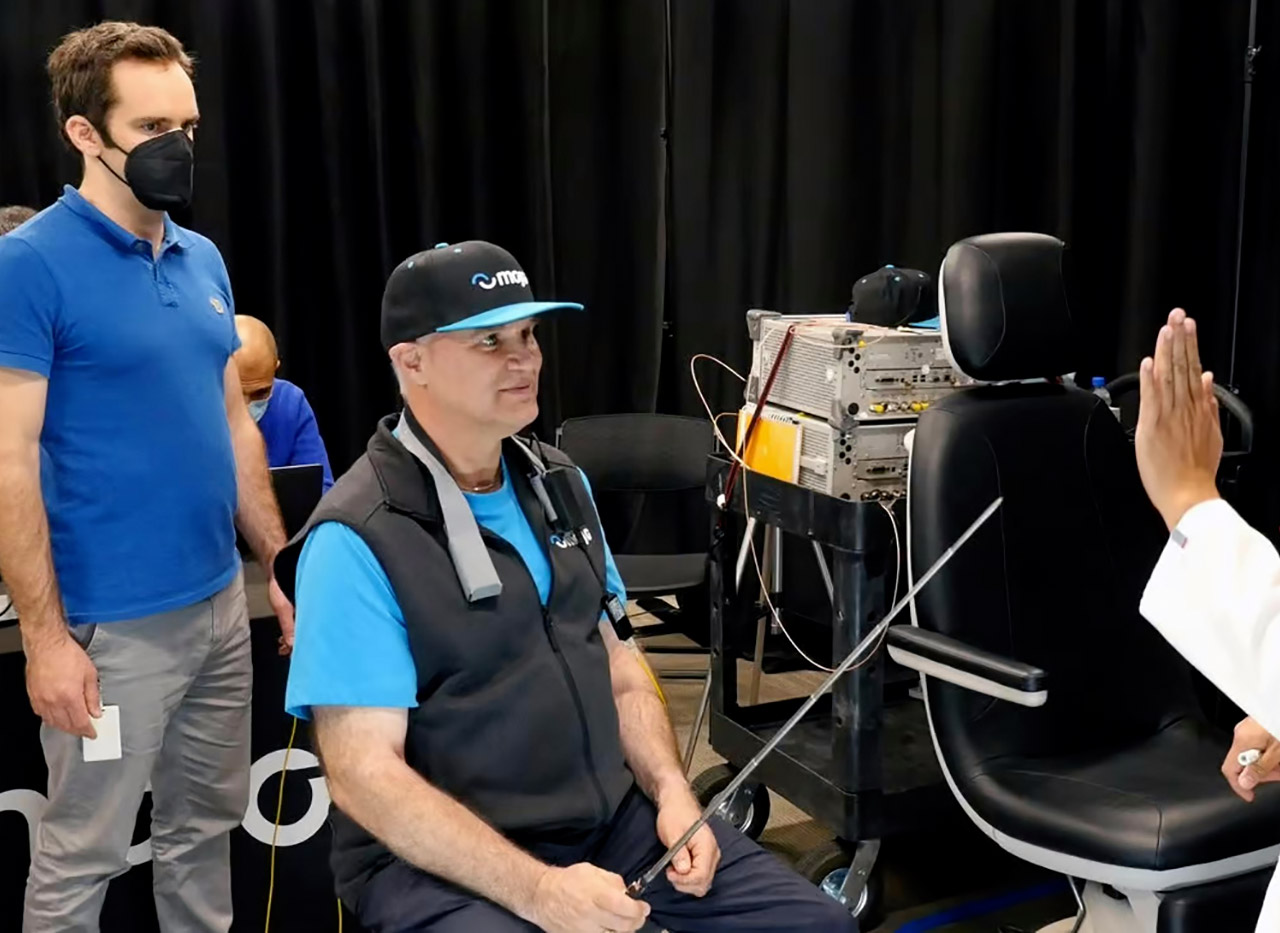 Wearing the lens was inspiring. Seeing the future literally put me at a loss for words. As I wore the lens and thought about the different components and subsystems contained within, I was reminded that every one of our development teams achieved great success within their own disciplines. But to have optics, electronics, mechanical systems, and software all operating at the same time – and seeing it happen – was an historic achievement!,” said Drew Perkins, Mojo Vision CEO.