It’s true, cryptocurrency is taking over the world after already making its mark in the world of physical art and objects. Sotheby’s announced that they will accept cryptocurrency for one of the earth’s rarest treasures, a massive 101.38-carat pear-shaped D Flawless diamond. It has an estimated value of US$10-15 million (HK$78-118 million), and according to Sotheby’s, no other physical object with this value has ever been publicly offered for purchase with cryptocurrency. Read more for a video and additional information.

The gem is officially called ‘The Key 10138’, and is the second largest pear-shaped diamond ever to appear on the public market. It will be offered in a single-lot live sale at Sotheby’s Hong Kong on July 9th, and although fiat will be accepted as is customary, payment in either Ether or Bitcoin will also be permissible through Coinbase Commerce, one of the world’s largest cryptocurrency exchanges. 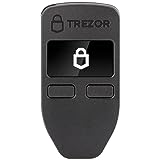 Diamonds are keys to understanding the history of the Earth, reminding us of our human condition and the transcendental power of beauty. With the name ‘The Key 10138’, we wanted to celebrate this enlightening virtue, while also alluding to the crucial function of digital keys in the world of NFTs and cryptocurrency,” said Wenhao Yu, Deputy Chairman of Sotheby’s Jewellery in Asia.