SpaceX announced last week that it has signed the first private moon traveler, and it won’t be using the company’s Falcon Heavy rocket and Dragon crew capsule. That’s right, Elon Musk’s goal is to still fly around the moon, but using an even bigger rocket still in development, called the BFR, that has its own dedicated passenger ship. The flight may be a few years off, but one person has a guaranteed ticket around the moon once things do to take off. Continue reading for two more videos, a picture and additional information. 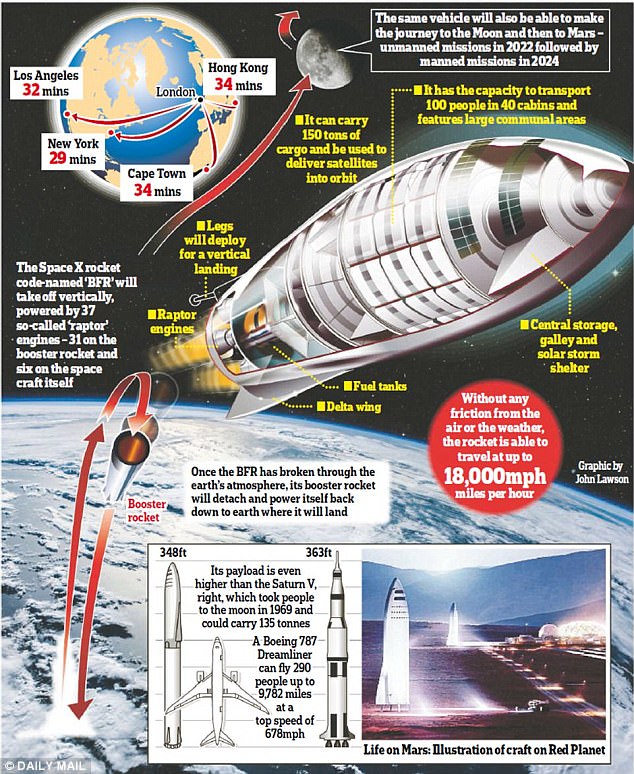 “Musk’s ultimate goal is to colonize Mars. This lunar mission – a flyby, not a landing – represents ‘an important step toward enabling access for everyday people who dream of traveling to space,’ SpaceX said in a tweet. On its website, SpaceX is touting the ‘first passenger on lunar BFR mission,’ implying there will be more. This could be humanity’s first lunar visit since 1972, depending on how NASA’s latest moon plans shape up,” according to Yahoo News.