Star Trek fans rejoice! The USS Enterprise has been recreated with Christmas lights. Here’s a few interesting facts you may not have known about: as the result of a successful letter writing campaign, NASA named the initial flight-test Space Shuttle Enterprise. In 1994, the real aircraft carrier Enterprise hosted a Star Trek convention, and Star Trek memorabilia can be found throughout the ship. Continue reading for more pictures. 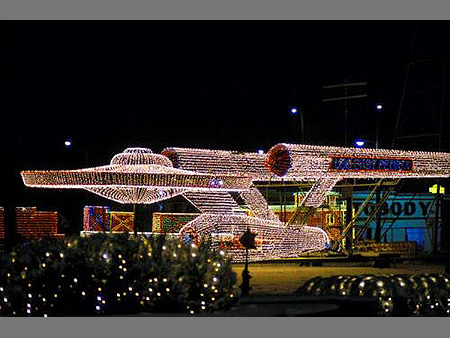 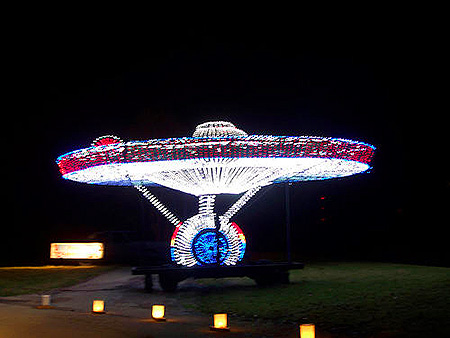 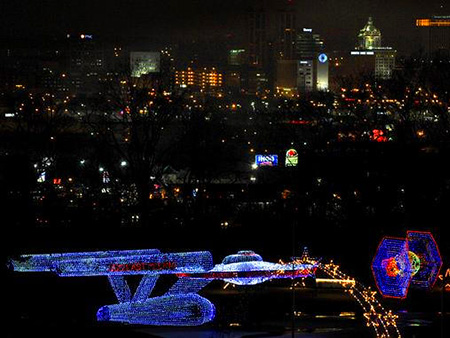 According to The Star Trek Encyclopedia, the registry number “NCC-1701” was devised by Matt Jefferies, art director of the first Star Trek series, inspired by an old science fiction cover that Gene Roddenberry liked, with a starship flying through space. Jefferies, who was a pilot, based NCC on 20th century aircraft registration codes. In such 20th century usage, an “N” first letter refers to an aircraft registered in the USA. A “C” for a second letter refers to a civil aircraft. Jefferies added a second “C” because he thought it looked better.

Bubble Wrap Suit Might Be Most Relaxing Cosplay Ever

There Should Be No Excuses for Laziness, Unless You’re This Facebook User