In the Star Wars movies, the AT-ST is a light yet heavily-armed, ground combat vehicle, capable of traversing various environments, and equipped with a medium, chin-mounted, double blaster cannon, a blaster cannon on the port side, a concussion grenade launcher on the starboard side of its head, two clawed feet, while encased in thick steel. This scrap metal version may not have functional weapons, but it’s still a conversation piece nonetheless. Continue reading for more pictures and information. 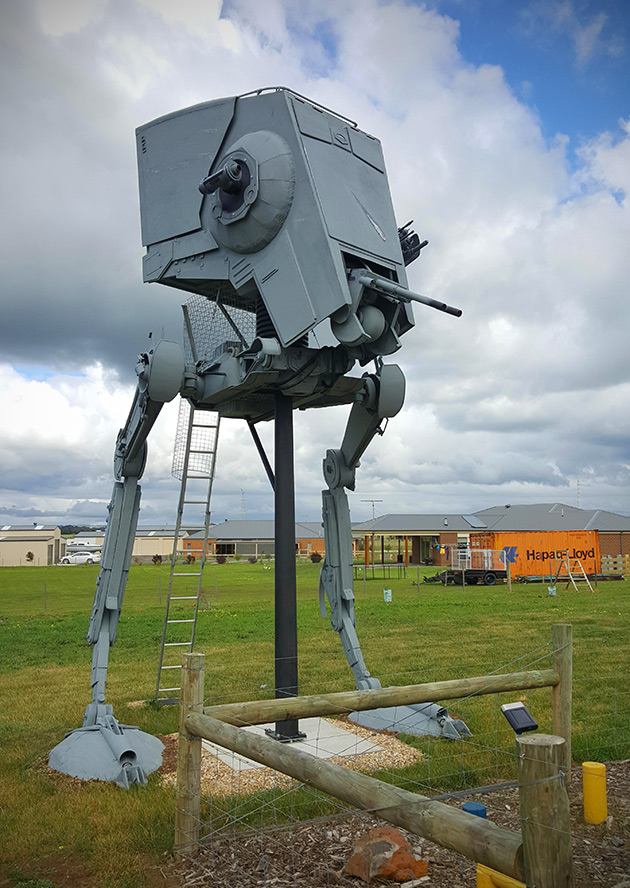 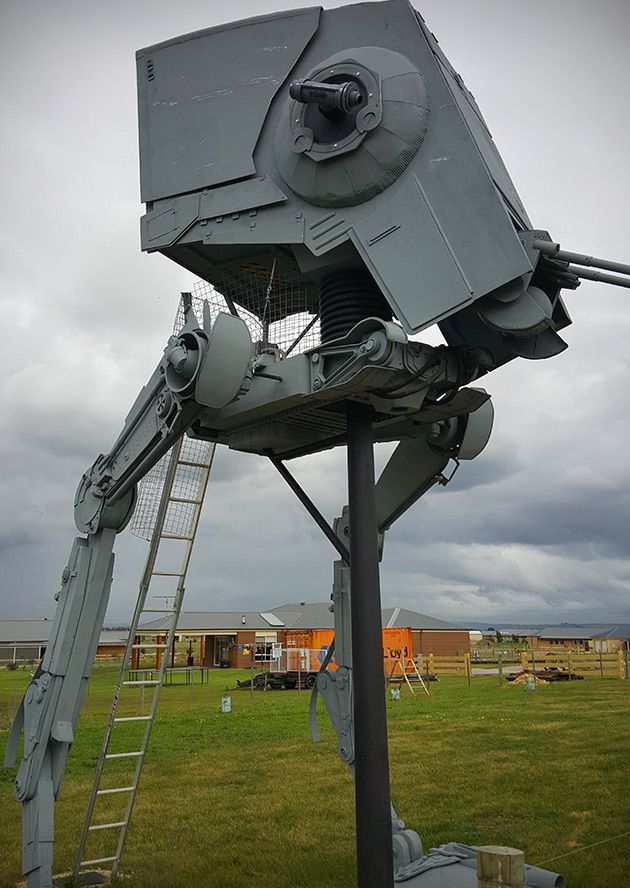 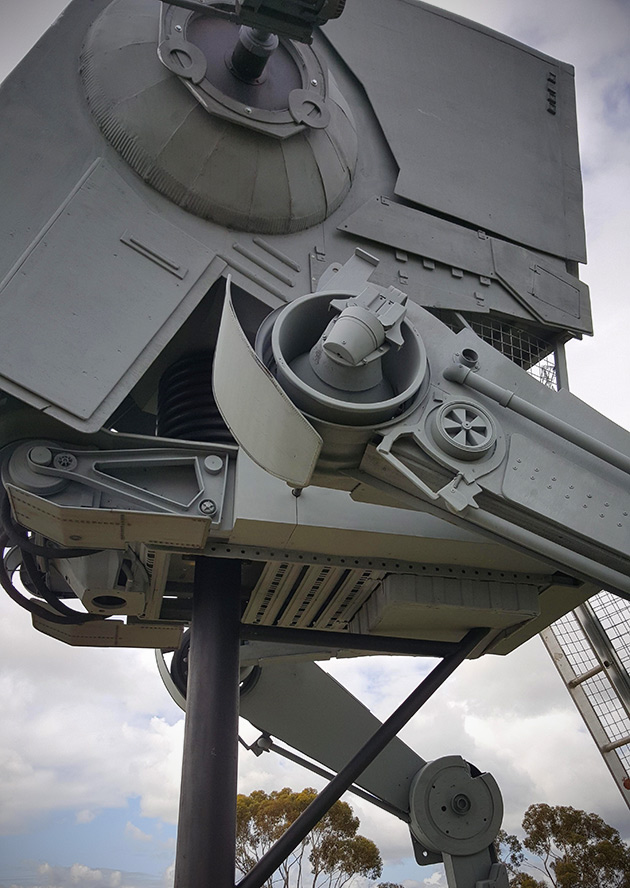 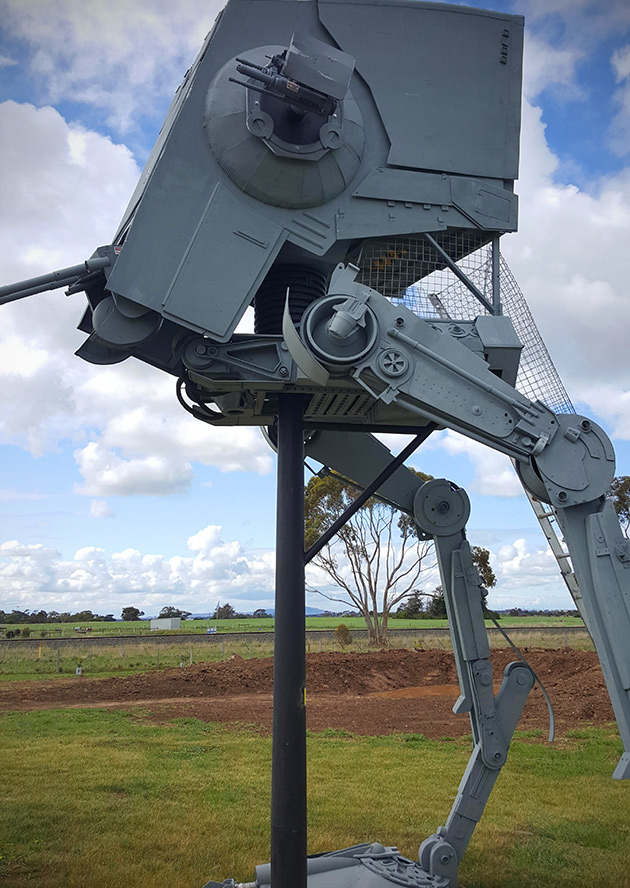 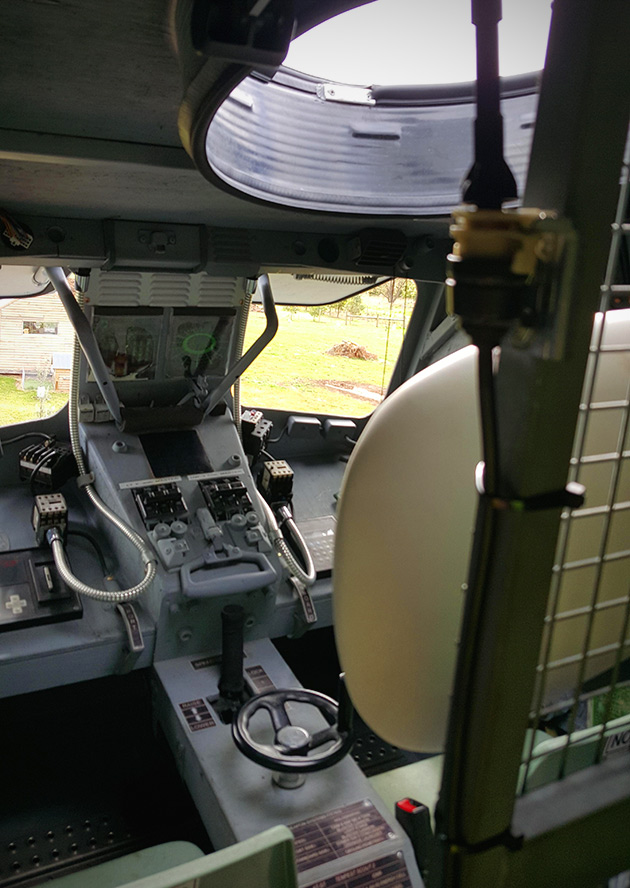 “Designed to be a recon, hit-and-run vehicle, it makes for one of the most popular crafts featured in the Star Wars movies, and having a full-scale replica in your backyard clearly makes for any fan�s dream. According to the Imgur user, the Walker was mostly made from timber, plastic and bits of scrap metal, but clearly is one of the most accurate replicas we ever saw,” according to Auto Evolution.