NASA’s New Horizon spacecraft has spotted an anomaly on Pluto’s surface, and while it may look like a snail, the research team claims it’s just a dirty block of water ice. That’s right, they say it’s floating in denser solid nitrogen, which has been dragged to the edge of a convection cell. The images you see above, captured at the very center of Sputnik Planum, an icy plain that forms the left side of Pluto’s ‘heart’ feature, were transmitted to Earth on Dec. 24. Continue reading for more up-close images and another video. 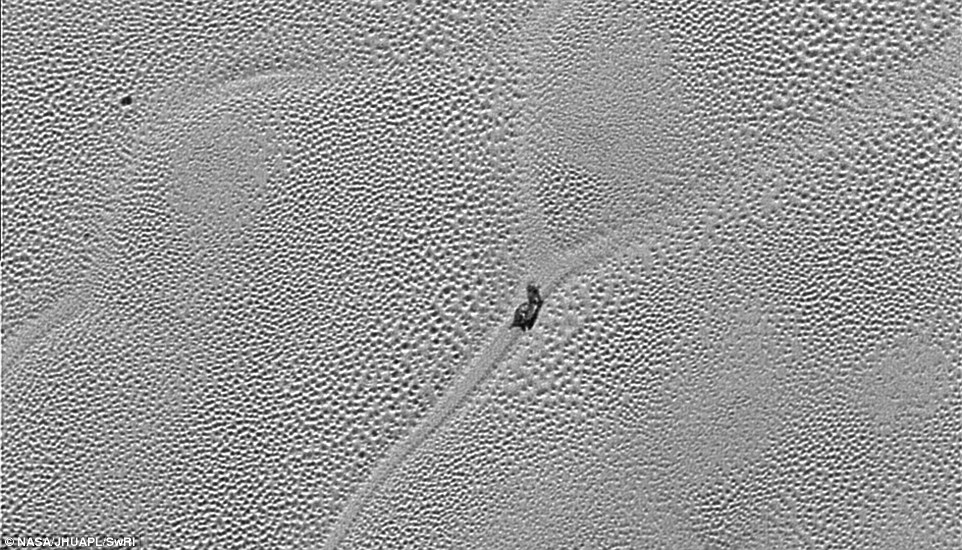 “Nasa also revealed new images of Pluto’s informally named Viking Terra area. The combined data includes pictures taken by the spacecraft’s Long Range Reconnaissance Imager (LORRI) on July 14, 2015, from a range of about 31,000 miles (49,000 kilometers), showing features as small as 1,600 feet (480 meters) across,” according to The Daily Mail.

You Know Your Teacher is Extremely Talented, When They Write Like This