Photo credit: Millot, Coppari, Hamel, Krauss (LLNL)
Researchers captured x-ray images of a highly electrically conductive material known as superionic ice, which exists at pressures between one and four million times that at sea level and temperatures half as hot as the surface of the sun. These conditions are impossible on Earth, but should be present deep inside Uranus and Neptune, which just may help shed light on the origins of their unusual magnetic fields. “Yes, we’re talking about ice. But the sample is at several thousand degrees,” said study leader Marius Millot, a physicist at Lawrence Livermore National Laboratory in California. Read more for another image and additional information. 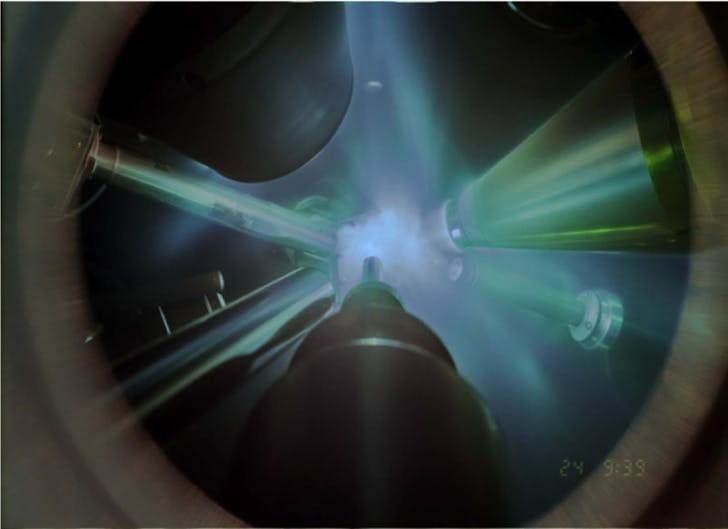 Photo credit: Millot, Coppari, Hamel, Krauss (LLNL)
“In their latest tests, the researchers used six giant laser beams to generate a sequence of shockwaves that crunched a thin layer of liquid water into solidified ice at millions of times Earth’s surface pressure and between 3,000 and 5,000 degrees Fahrenheit. Precisely timed x-ray flashes probed the configuration, which again only lasted for a few billionths of a second, and revealed that the oxygen atoms had indeed taken on a crystalline form,” reports National Geographic.

Shellworks Takes Lobster Shells and Turns Them Into Biodegradable Plastic, Here’s How